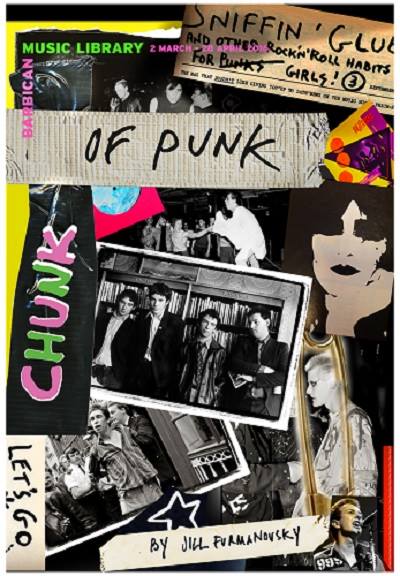 As part of ‘Punk London: 40 Years of Subversive Culture’ which celebrates the heritage and influence of the punk scene, The Barbican Centre has introduced ‘A Chunk of Punk’, an archive of punk images taken by world renowned music photographer Jill Furmanovsky.

To celebrate four decades of pink culture Furmanovsky has shared a collection of both well-known and unseen punk images. Her work during the rise of the punk genre in the 70s is considered one of the most influential of that era capturing the rebellious and vibrant punk scene.

After opening in early March visitors have had access to the collection of photographs including those of The Sex Pistols, The Jam, Buzzcocks, Siouxsie and the Banshees, Blondie and many more. Her work also includes some of her earliest photography which encapsulate the subversive culture at that time.

With both portraits and live images, Furmanovsky captures the history of Punk with an exceptional eye for detail in a series of wall hangings that include the anarchic images of Sid Vicious and Nancy Spungen . These will appeal to both punk historian and those intrigued by the notorious pair.

An interactive music booth is also within the Barbican centre, next to the library’s collections of musical film and records. Here you can listen to albums that are a form of soundtrack for Furmanovsky’s photography.

The opening of the exhibition featured rare editions of the Sniffin’ Glue Zine which could be viewed privately, with some editions still available on display to read.

With a lot of commentary around the commercialisation of punk in the four decades since ’76 it’s a good chance to go and capture some of the original spirit and energy .Free to the public and open for another month, get your chunk of punk today.