Ace of Spades Covers: One of Rock’s Greatest Anthems and its Many Makeovers

A distinctively fierce Rock ‘N’ Roll anthem and Motörhead’s signature song, there is an array of ‘Ace of Spades’ covers by generations of musicians hoping to re-capture Lemmy Kilmister’s ferocious energy. The song was released back in 1980, later becoming the anthem to the thrash and speed metal world with Lemmy’s iconic vocals, overdriven bass and the primal roaring guitars.

The band, who ventured to South Wales in early 1980 to begin recording the follow-up to their first two albums both of 1979 (Overkill and Bomber), could have never imagined the legacy they were about to leave behind.

Ace of Spades’ went down a storm reaching number 4 in the UK charts in 1980, where it spent 13 weeks and achieved Gold status the following year. Following the passing of frontman and songwriter Lemmy in 2015, an online campaign dedicated to getting the track to return to the charts pushed it to No.13 – two spots higher than its original peak more than 35 years before. The song also reached number 1 in the UK Rock & Metal charts in January 2016. The critical reception of the song has been legendary: Q placed it at No.27 in a list of the 100 Greatest Guitar Tracks stating that the intro ‘wouldn’t be out of place ushering in the end of the world’ and NME ranked it 155 in the 500 Greatest Songs of All Time.

Motörhead’s fierce punk-metal hybrid sound was far before its time, attracting attention from lovers of both the genres and beyond. The song pioneered the new wave of British heavy metal (NWOBHM), which began being used to describe new bands such as Def Leppard and Iron Maiden, and later Metallica. These new heavy metal bands appeared at a time when punk rock was declining and new wave dominated. Infusing the intensity of punk rock whilst drawing on heavy metal to create their distinct sound, the genre inspired decades of music.

‘Ace of Spades’ encompassed the passion and energy of Rock ‘n’ Roll, naturally making it a fan favourite for bands to cover. Almost every genre has celebrated the track from country to the avant-garde, maintaining the song’s legacy.

Which Ace of Spades covers have you heard?

Lemmy’s ardour for country genres was evident from his founding of the rockabilly supergroup the Head Cat. This has inspired many bands in the country and similar genres to celebrate the track. The earliest cover of the song dates back to 1988 by Dutch psychobilly outfit Batmobile. As rapidly bold as the original but with a rockabilly twist, Batmobile covered the song on their album Nervous in 1988. American bluegrass band Hayseed Dixie covered the song with a traditional country feel on their 2004 album Let There Be Rockgrass. Surprisingly LA not Nashville native Elena Siegman strips the song back even further, with a classic country feel on her 2011 solo EP The Mighty.

‘Ace of Spades’ has been covered by an array of metal and thrash bands that champion Motörhead’s spirit. Bands such as heavy metal Sodom and Polish thrash band Acid Drinkers covered the song in 1994; industrial rock Shihad at Rhythm & Alps 2015; as well as metal musician Leo Moracchioli, Bullet For My Valentine and thrash band Ugly Kid Joe following Lemmy’s passing. A slowed but just as heavy cover is black metal group Bathory’s cover on their black mark album in 1997 showing the darker spookier side of the song.

One of the most successful metal covers of ‘Ace of Spades’ was by Canadian heavy metal band Kobra and the Lotus. Singer-songwriter Kobra Paige brings her energetic and hurling vocals to the track with guest guitarist Rik Emmett (formerly in Triumph) experimenting with heavy metal solos. The song was recommended to be covered on their first album Out of the Pit by producer Greg Godovitz (Goddo), knew that Motörhead was a big influence for the band.

Possibly the softest and most experimental covers of the song is Spirits Burning and Bridget Wishart’s cover on their 2008 Motörhead tribute album Sheep in Wolves Clothing. The album was put together by Motörhead biographer Alan Burridge to pay tribute to Motörhead.

Immensely skilled Norwegian guitarist Bjorn Berge covered the song in 2008. His cover has a blues twist to the song, in line with his folk rock band Vamp.

Another stripped back cover is acoustic bedroom musician ieatpants. This is one of the most charming and raw ‘Ace of Spades’ covers, showing the magnificent songwriting behind the anthem.

Carrying the moody and darker side of the song, Irish singer-songwriter Colin Devlin recorded a cover of ‘Ace of Spades’. The song is atmospheric with nuanced vocals, almost unrecognisable from the original.

Perhaps one of the most obscure Ace of Spades covers is Finnish one-man band Paska. Encompassing the passion and drive of Motörhead in an avant-garde acapella style, this 1989 cover is certainly one of the strangest and most deconstructed takes on the song with Paska’s frantic vocals.

Most recently, showing the legacy of the song, American metal band Body Count covered ‘Ace of Spades’ as a tribute to Lemmy. On every album the band makes, they have a tribute to an artist they inspired, so naturally they went for Lemmy on their 2020 album Carnivore. Harnessing the same energy as the original with a metal guitar solo addition, the live video shows just how much audiences adore the track still to this day with the raucous mosh pits.

This year on 8 May, the surviving members of Motörhead marked the 40th anniversary of the ‘Ace of Spades’ with a celebratory virtual event. They premiered the new lyric video of their famous title track, released Facebook and Instagram filters (to Warpig your face!) as well as a variety of limited edition merchandise. Event proceeds went to Live Nation’s Crew Nation Fund providing financial support to touring crews affected by the pandemic, showing just how much impact the song continues to make with its immortal status.

Learn more about Motörhead by checking out White Line Fever: Lemmy by Lemmy Kilmister and Lemmy & Motörhead in the Studio by Jake Brown

PrevPreviousThe Dream Team: Rock’s Greatest Musicians Banded Together for the Finest Fantasy Line-Up
NextThe Ultimate Halloween Tracks: No Matter The Agenda, Only The Essentials With No Tricks Just TreatsNext
On Key 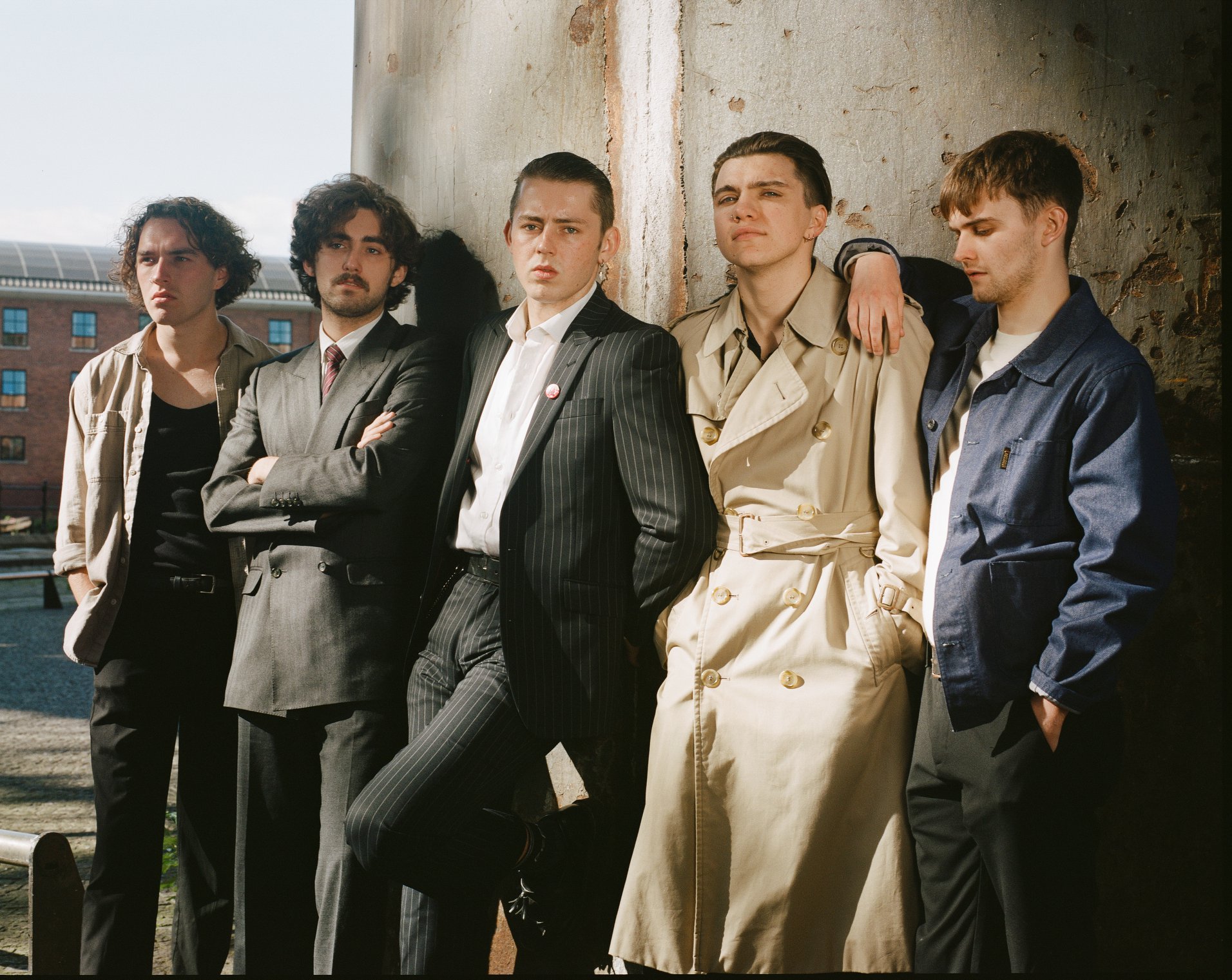 Manchester Bands: Ones to watch for 2021

Our story began in Manchester in 1981. A city in the North of England, Manchester at that time, was bleak, poverty-stricken and depressed from industrial 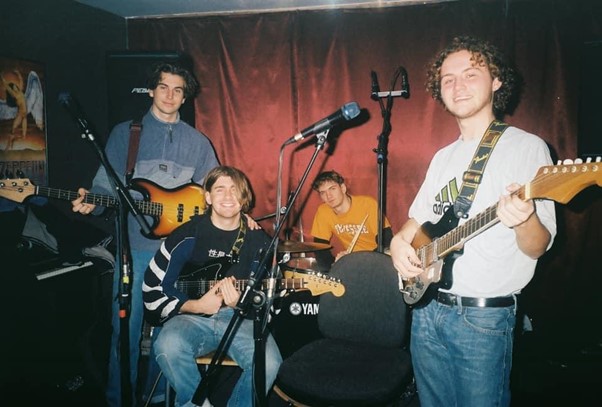 Blocking Out The Doom and Gloom: 10 Uplifting Tracks From Emerging Artists To Help You Through The Next Lockdown

Music is a source of comfort for many and the next period of lockdown will likely prove no different. As we prepare to head into 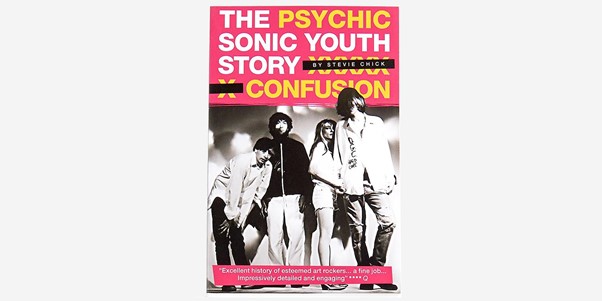 FROM THE LIBRARY: PSYCHIC CONFUSION – THE SONIC YOUTH STORY BY STEVIE CHICK

Indie rock royalty Sonic Youth have been the subject of DIY music culture for decades. In Stevie Chick’s captivating insight, utilising interviews with the band

Since the 1960’s, the Italian region of Emilia-Romagna has traditionally been a city associated with counter-culture and progressive politics. It’s capital, the medieval city Bologna, 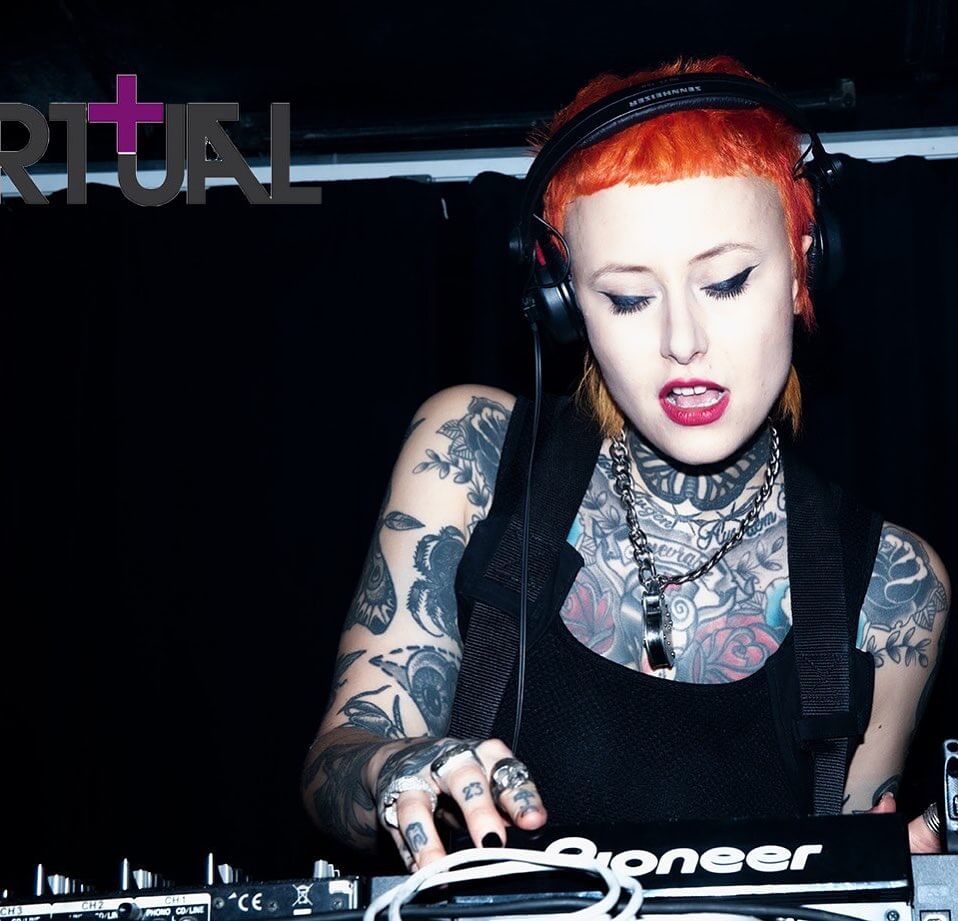 Boudica are a London based label and party exploring the darker and hedonistic side of electronic music, run by womxn and non-binary folk.  This weekend