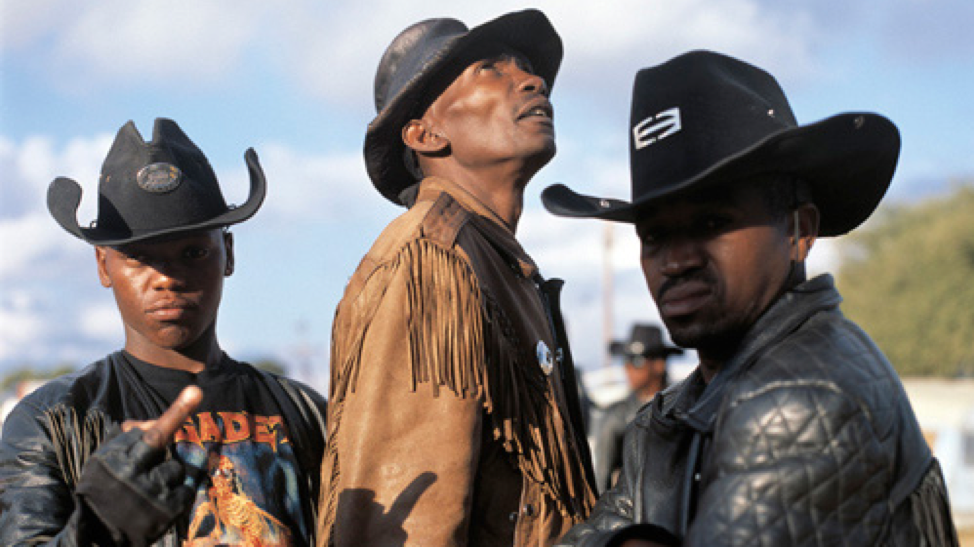 Punk attitude lives like an omnipresent force pumping though the veins of many musicians and the multitude of genres they fall into. However, when we think of rock ‘n roll or classic punk to heavy metal figures our minds might be drawn to images of characters from Europe and America because they frequent the forefront of mainstream media more regularly. However, across the world heavy metal and punk are thriving in places totally under-represented by music channels in the West. While global punk is getting more and more attraction, Africa is one of these places that for decades has had an ever increasing and lively subculture centred around this alternative style of music without gaining much media attention.

If we cast our minds back to the early days of punk, Afropunk bands such as The Specials, X-Ray Spex and Pure Hell might spring to mind, and even now looking at this genre many emerging artists are coming out of places close to home. However, in Africa punk and metal live on with some of the punchiest thrash and rebellious style this subculture has ever seen. While its hard to picture rockers draped in leather and denim on the African planes, the hottest continent of the Earth, from the ‘70s to now it has been home to some of the best dressed and raucous acts around.

In the late ‘60s Nigeria was home to legendary acts at the same time as psychedelic rock was infatuating music listeners of the West. Fuelled by animosity against the tragic loss that civil war spread through this part of Africa, bands emerged with lyrics and sounds that embodied this anger but also founded ways to come together and rebuild the country. Following the death of the highlife genre, which was characterised by jazz motifs and up-tempo rhythms, rock and psychedelia began to flourish with bands such as The Hykkers, The Funkees, Ofo and Black Country, and War-Head Constriction. Heavily leaning on DIY style techniques, these bands infused their tracks with the rawness of their socio-political climate over the top of glistening punk-funk tropes, long riffs and bare vocals. ‘Graced Bird’ by War-Head Conscription is one that is often considered to epitomise this era of rock ‘n roll as it combines the basic elements of DIY music with musical flavourings reminiscent of artists such as Jimi Hendrix and 13th Floor Elevators.

But war wasn’t the only thing on artists’ minds at the time, gender equality was also on the tip of some musicians’ tongues.  The Lijadu Sisters are a prime example of this, as pioneers for women breaking into the rock scene in Nigeria and across the globe. Their music was a mix of their roots and modern music: using folk sounds and mixing them with popular rock tropes, they even sung in English to make their music more accessible on a global scale. Speaking to an interviewer the twin sisters, Taiwo and Kehinde, stated that their music was an examination of a women’s place in society, combining their domestic lives, hegemonic social beliefs, and upbringing to make space for women on the musical frontier. During the early days of their career, record companies attempted to take advantage of the sisters and their musical talent because of gender inequalities in the musical industry, however they continued to make music through standing their ground and never backing down to injustice. To this day, they claim to “forever be the mouth piece of those oppressed world-wide.”

If we fast-forward to today’s rock scene in Africa, there are still alternative musicians who break the mould and refuse to be complicit with the status quo. Across the continent metal and rock musicians are still crashing the air waves and, in the words of Overthrust, “talking about things people are afraid to talk about.” In this way these musicians are continuing the legacy of those who began during a time of much civil unrest and continue to make music against injustice and societal inequality. Some key players in Africa right now are…

Overthrust — who criticise false prophets, and those faking to be angels, through thrash metal. In doing so they aim to embrace metal and allow others to do the same while making a political statement. Taking inspo from classic and heavy metal, Overthrust have begun to make their name known world-wide. They have also made their own style of music for Nigerian fans, to teach them that heavy metal is not a satanic but just a style of sound, and encode their lyrical meanings into their native language, Hausa. Fashion wise they “believe in jean and leather pants” because it gives them confidence and is reliable, as one member explains, and is often imported by friends because it’s hard to come by locally.

Skinflint, are a trio formed in 2006 from Botswana (like Overthrust), who combine elements of African culture with heavy metal music to make a sound that’s as if Iron Maiden wrote their greatest tracks about African mythology. Like their sibling bands, Skinflint are trying to encourage heavy metal into the mainstream and broaden listeners’ perspectives on this genre, that strays away from the trodden path of African music. 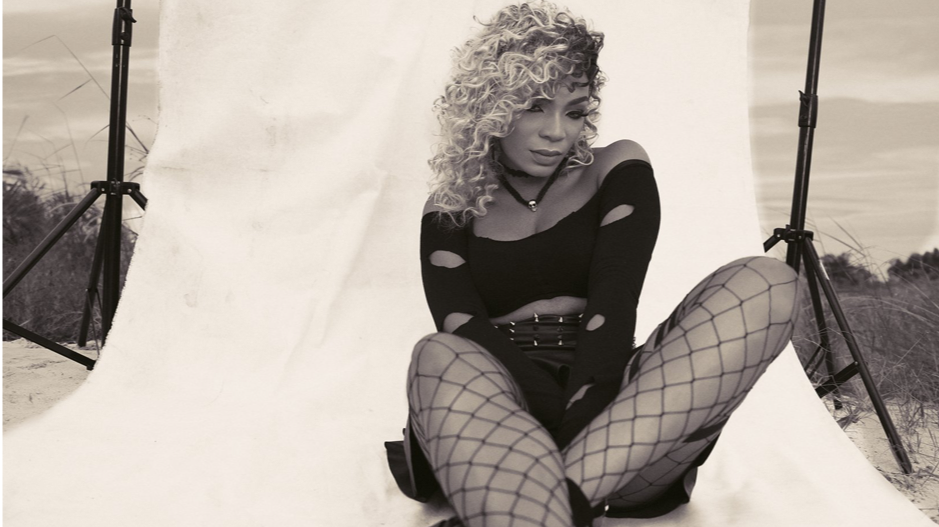 TCIYF, is a band based in Soweto who truly encapsulate the rage against the machine that their punk predecessors lay the foundation for and claim to be influenced by ‘The 60’s , 70’s, 80’s, the thrash era, weed, beer, skateboarding, and you.’ Self-taught and classically DIY, their music is short and punchy aiming to blow your mind in one fell swoop. Restless and rambunctious, they embody the youth of their society and attempt to empower them through quintessential punk techniques and contemporary rebellion, with the mantra “punk chose us.” 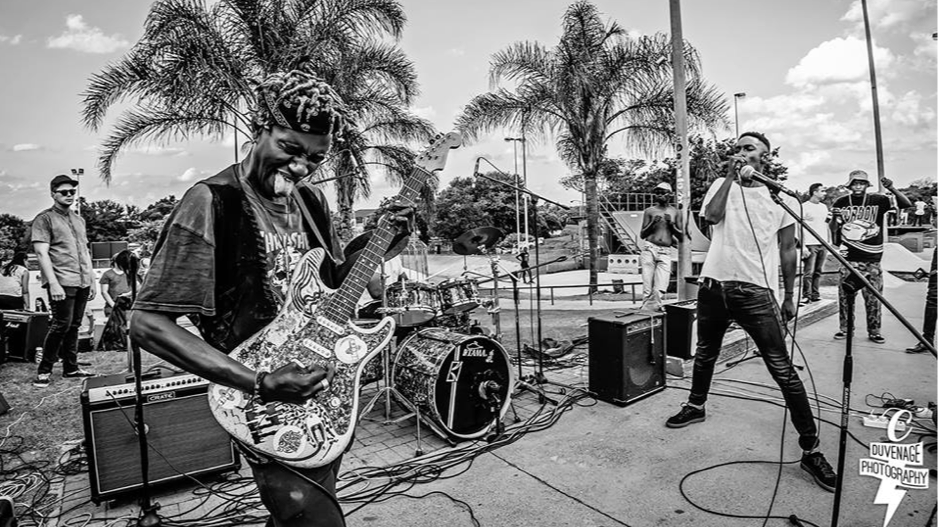 Parking Lot Grass, is a Kenyan rock band who have a rich background despite only forming in 2010. Having been through a series of different line-up alterations, the now five-some make music that is reminiscent of big-name rock bands such as Metallica, Bullet for My Valentine, and Foo Fighters. Combining hard rock with pop-punk vocalism, they bring contemporary alternative motifs and combine them with social concerns. ‘Tusk at Hand’ is great exemplifier of this, as an EP which carries heavy riffs and punchy drums all centred around activism against animal poaching. They are another band who have made themselves a known act in Africa, especially for their ear-worm worthy tracks.

For a continent with such little embrace for alternative music by the mainstream, the musicians in Africa who continue to defy these musical expectations encourage a shift of consciousness and are working towards a greater spectrum of choice for music lovers. This is only a small selection to highlight artists who are making stead-fast steps to put alternative music on major soundwaves, but there are so many more to listen to. It is also important to mention that Rocktoberfest holds a number of acts from Africa and around the world and puts a selection of rock onto the African stage. Many of the bands mentioned also hold their own nights which see a showcase of talents perform on stage to adoring fans who also want to see this subculture breakdown misconceptions. With a surprising plethora of musicians to choose from in Africa ranging from hard rock, to glam rock, to metal, to punk — if you can think it, they have it.