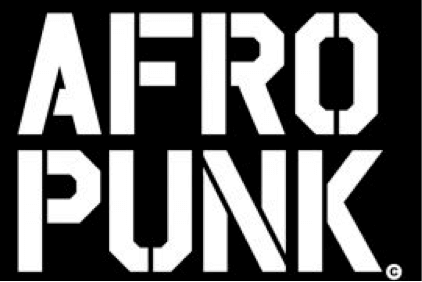 Taking its name from the James Spooner 2003 documentary film of the same name, Afropunk festival first launched in 2005 in Brooklyn. Spooner famously said that “I would Google ‘black punk’ and there was nothing. Zero,” With a goal of providing black people with the opportunity to create a community amongst the predominately white subculture of punk it has grown to become a hugely influential multicultural festival.


<strong>From the early days when the festival was putting on bands like Afrika Bambaataa and Janelle Monae it has now shifted to include soul music to attract a wider audience, bringing in headliners like Lauryn Hill, Lenny Kravitz, and Gary Clark, Jr. Musical performers now represent a variety of genres, primarily known to reflect African American culture. Not surprisingly that has attracted a bit of criticism with accusations that it has moved away from its Punk Origins. But that is missing the point. It’s not just about the music genre but also about the attitude, possessing a subversive spirit and presenting a space for underground energy presented through punk, hip hop or even soul .


From its original objective to provide platform for a black community that wanted to share in the counter culture of the punk movement the festival widened its appeal to those that are embattled or restricted by society. The banner for AFROPUNK flies above those that are marginalized in society in the same way that the Black Punks had been shut out from the scene.  Now those that adhere to alternative hip-hop, alternative R&B and those threatened by racism, Sexism, homophobia and hate crimes are safe in a community to serve all.

Now what has really got us talking about this is the first edition of AFROPUNK in London. Already set up on a circuit that includes Atlanta and Paris, this year sees the festival arrive in the UK.

AFROPUNK London takes place at Alexandra Palace Saturday, September 24th for a day of live music and good vibes and it promises an “eclectic line-up and an audience as diverse as the acts they come to see”.

The confirmed Line-up to date is