All Inked Up With Somewhere To Go 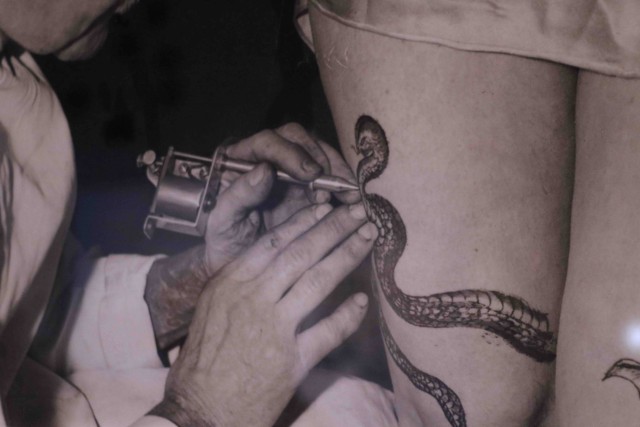 With Valentines Day out the way and London Fashion Week beginning, the focus has switched from kit off to gowns on. This year however, there is a welcome middle ground. Last month the Museum of London opened Tattoo London, an exhibition undressing to impress, revealing the beautiful, fearsome artwork worn beneath our clothes.

Tattoos have been a part of London’s culture since the 17th century, if not earlier. Like the ink itself it’s been pretty permanent addition! From tattooed dock workers to British aristocracy, tattoos were present across all walks of life. Although it was not until the late 1880s that London’s first Professional Tattooist , Sutherland MacDonald, set up shop. An ex-Royal Engineer from the British Army, MacDonald was experienced and highly skilled from time spent inking the skin of many officers. Despite this, he still faced some competition from neighbouring tattooists, such as Tom Riley, who’s most famous work may be a snake tattoo on the arm of Winston Churchill’s mother. 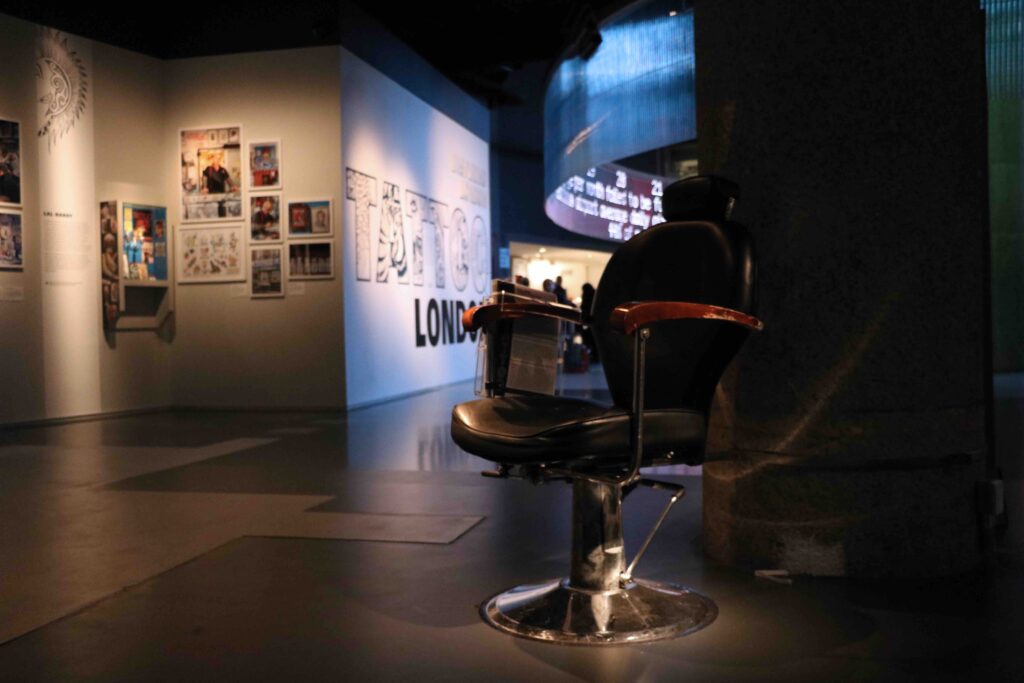 The exhibition explores the history of professional tattooing over the last four decades. Until the 8th of May you’ll be able to see original artwork, photography and film on display at the museum. Four highly regarded local tattooist have also submitted brand new artwork: New Wave’s Lal Hardy, Alex Binnie from Into You, Claudia de Sabe from Seven Doors and The Family’s Mo Coppoletta. With more and more people pushing for Tattooing to be recognised as an art form, this exhibition makes a pretty convincing argument.

If the show leaves you feeling inspired, but not quite ready to get your first ink, Art Macabre are running a Life Drawing Salon studying tattooed models. Drew Beckett and Bliss Theodora have both caught the attention of the media because of their illustrated skin, this event offers the chance to see the tattoos firsthand (all of them), hear the stories behind them and even draw your own designed directly on their bodies.

There’s no charge to get in so this really is one for the diary. More information can be found here on the Museum of London’s website: http://www.museumoflondon.org.uk/london-wall/whats-on/exhibitions-displays/tattoo-london/