ANARCHY IN THE UK: #PUNKLONDON at the Richard Young Gallery 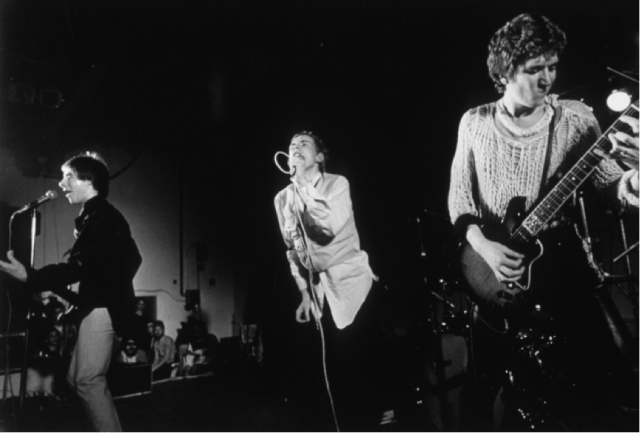 Continuing our participation in Punk London here at Underground, we are now looking at Richard Young Gallery’s exhibition, ‘Anarchy in the UK’. The exhibition digs into the archive of Richard Young himself, to source some real punk rock treasures. The result is a collection of photographs from the punk era, some well known and some never seen before!

Back in the 70s, a youthful Richard Young lived in New York City. It’s no surprise that he became involved in the NYC music scene, spending his days hanging around music venues. Young started to make a name for himself as a photographer around ’73, when he had already moved back to London. Being a fan of music, Young kept his ear to the ground on the newest bands. His big break came along a few years later, when Young got word of an up and coming new band called The Sex Pistols. Young reminisces on a performance he attended of the band in The Notre Dame Hall, saying, “it was the embodiment of anti-establishment with loads of testosterone and raw energy in the room”. He photographed the event for The Evening Standard, that the paper ended up using, which lead to Young actually going on tour with the Pistols.

Richard could get a great authentic collection of photos straight out of punk history, giving viewers a glimpse of true 70’s London. As if you need another reason to visit his exhibition, he believes that he took photos for the only shoot that the guys ever did together as a band. Despite the exhibition being understandably named ‘Anarchy in the UK’ after The Sex Pistols pivotal album, it is not solely focused on them, it also features photos from other punk acts including The Clash, Siouxsie, Blondie and Billy Idol.

A real homage to punk Britain and a piece of history, ‘Anarchy in the UK’ helps to celebrate the legacy of punk. The photos are even available for purchase, prices starting at £60. The exhibition runs from the 11 April until 12th August 2016, so you luckily still have plenty of time to check it out before it closes. Visit www.richardyounggallery.co.uk for even more information.

And just in case you forget- its Sid Vicious’s birthday!