Fuzz Pop. If you like it loud, but you also like to sing along, this is the band for you.

We are 4 fuzz lovers who simply want to make as much loud, pumping and catchy music as possible, and get out on the road to play to people everywhere at every opportunity. In our private lives we like sci-fi, crime series, making art, making food, long walks and wine. We think we’d make wonderful dates and your nan will love us. 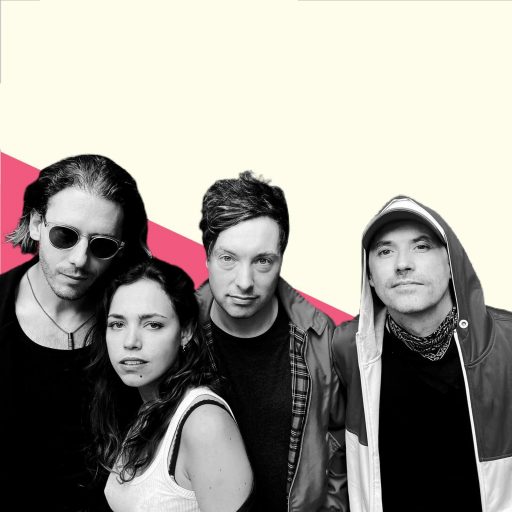 Cami : A mix of dissimilar tastes and personalities and backgrounds making sounds together and not wanting much more in life than playing live and sharing that energy with the crowd.

Jim: Some infamous British geezer once referred to Russia as “a riddle, wrapped in a mystery, inside an enigma” I’m just gonna straight up steal that to describe us cos I like it and that bloke ain’t around to stop me half inching it!

Between the four of us we range from early 90s fuzz back to 70s punk up to modern Icelandic pop and a whole load in between. But if if it’s loud and fuzzy and you can sing along then we’d probably love it.

Rory once heard a sound on a bus that stuck in his mind and set off a chain reaction that led to him going home and writing a song on the back of that one random sound. The song was terrible.

Cami : A bat. They rely on sounds to explore the world. It’s really cool

Jim : I’m a black cat. I stick around as long as I’m fed and watered, or until I’ve had enough. Plus I’m drawn to people that would have been branded as witches back in the day just for being ‘different’.

First Band on the Moon – The Cardigans

It’s hard to beat The Concorde in Brighton.

It’s the only way to be. All else is boring. We all grew up as outsiders and we’re proud to still be.