EVER HEARD OF… BEKI BONDAGE? 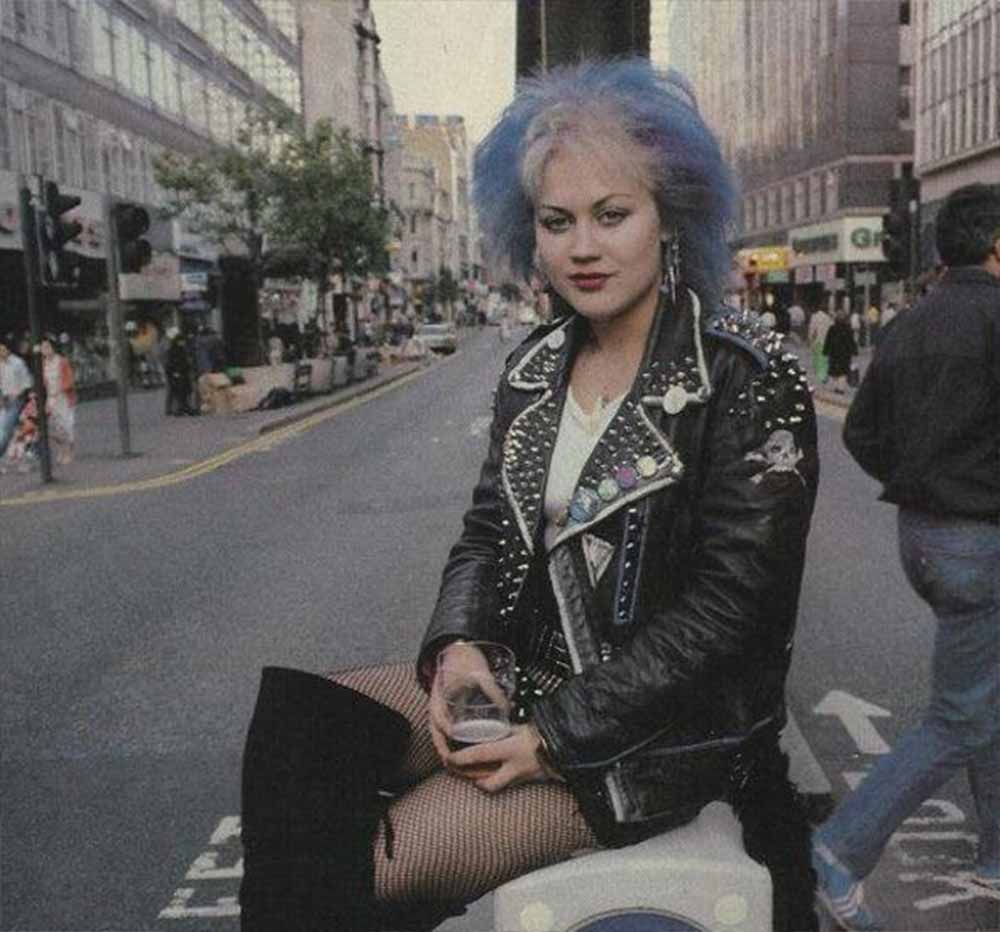 The latest instalment in our series investigating overlooked or obscured figures in musical and subcultural history takes a look at “the first new lady of punk” Beki Bondage.(The previous edition of ‘Ever Heard of…’ about Japanese new wave band ‘Plastics’ can be read here)

While her name may not be one that is instantly recognisable, Beki Bondage is one of the leading women in the second wave of the British punk movement. When the genre started to veer from their traditional musical tropes, new acts started forming, bringing more aggression into the soundscape. This transformed the scene, with punk inspired subgenres including street punk, and hardcore punk evolving the landscape of the movement.

Born Rebecca Louise Bond in Bristol on the 3rd June 1963, it was a 15 year old Beki who formed the band Vice Squad. She took her place as lead vocalist after seeing an advertisement in Revolver Record store in Bristol for a singer needed for a band. The nickname ‘Bondage’ came from school, a name that Beki kept throughout her whole career.

Accompanying her was guitarist Dave Bateman, Bass player Mark Hambly, and Shane Baldwin on Drums. Originally signed to EMI, over the decades the band has had a change in line-up and have gone full DIY with Beki acting as manager, lawyer, singer, songwriter, guitarist, and accountant.

Through the acclaim of Vice Squad and in her own right, Beki has been recognised not only for her looks but her authentic punk-minded views. With strong beliefs both on animal rights, veganism, and politics, she is one known to not shy away from these beliefs, channelling them into her music, writing lyricism that is close to her heart. 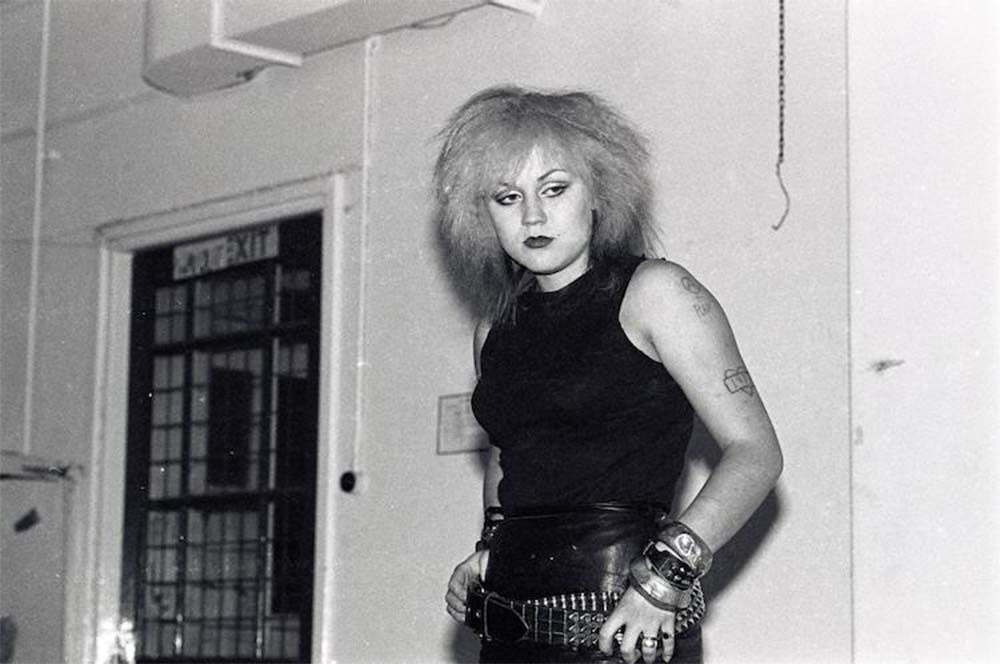 “Punk changed things for many people, it gave us a voice and a sense of belonging but also it enabled us to be individual and question conformity and society in general. It’s now a worldwide movement and its cultural impact is huge. Punk’s influence can be seen everywhere, in music, fashion and art.” – Beki Bondage

Despite many saying she was the first pin-up of the punk era, as a strong feminist, Bondage believes in sticking up for the underdog, challenging the stereotype of the objectification in music. At the time Bondage was dubbed “The new First Lady of Punk” by Punk Lives magazine. She appeared on the front cover of many influential music magazines and papers such as NME, Smash Hits, and Sounds. The singer has cited Bruce Lee, Little Richard, Joe Strummer, Janis Joplin, and Angus Young as inspirations within her career. While maintaining a true punk heart, Beki has learnt to evolve with the times.

It was the 12th April 1979 marked Vice Squad and Beki’s first live performance at Bristol University’s Anson Room, with the lead singer only being a young teenager at the time. She didn’t know the band were playing until she got there, with only three rehearsals in Hambly’s garage under her belt. After smashing the performance, drunk on lager, the band got offered to record a song for a compilation album that same night. Up until this performance she was originally disregarded in the punk scene due to her young age. The band were quickly banned from Bristol venues due to the violence that would accompany their shows.

‘Last Rockers’ the debut single was released in 1981 and saw immediate success, with almost 40 weeks in the UK Independent chart, reaching number 7 at its peak. The single and following EP ‘Resurrection’ released through their own label, ‘Riot City’ which was named in commemoration of the Bristol City riots.  1981 saw their singles being supported by the legendary John Peel who spun these on Radio 1, going on to record two sessions with the band. 81 also saw the band sign with EMI records, and the label took full creative control, something that led to a lot of flak from other punk artists at the time and would lead to future disputes with Beki. After two records being released on EMI and preparations for the third were in Place, Beki who had just moved to London was unhappy under the label and decided to leave Vice Squad. 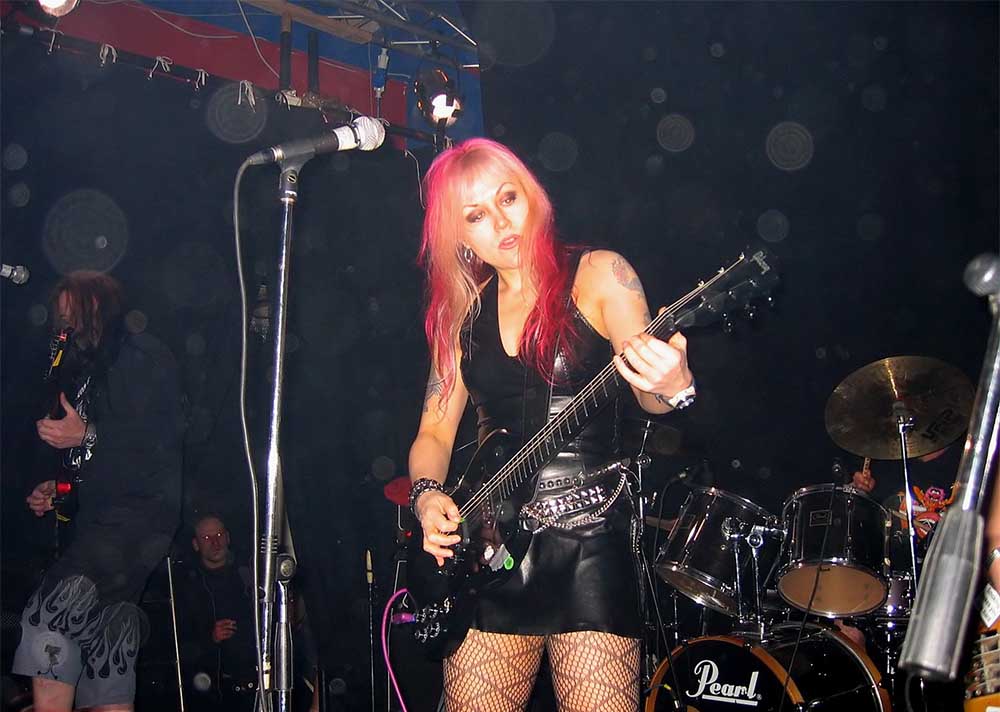 The conflicts which were due to creative differences with the band’s direction, and being disrespected by the management, caused her to move on. Whilst EMI offered her a solo deal, Beki insisted on a band, and formed the short-lived band ‘Ligotage’ with UK Subs’ drummer Steve Roberts. They were accompanied by Momo Sex on guitar, and Linc from Chelsea on bass. The band underperformed and were dropped by EMI, with their only album ‘Crime and Passion’ releasing on the independent label Picasso Records before shortly breaking up. Some could say it was leaving Vice Squad that gave Beki the drive to never give up on music no matter how hard it got.

After losing the majority of her friends, her label deal and her band and management, Beki was left with the band’s debt, whilst being broke, ill, and living in a gruelling basement in Bayswater. Being faced with throwing in the towel and giving up music for good, and working a day job or carrying on music, Beki went on to release two solo singles.  She formed The Bombshells in 1986. With Paul Rooney, Scott Free, Marc Russell and Commander Benz accompanying her, the band went on to play within the London punk scene until 1999. Having learnt from her previous management, the Bombshells never signed a label deal, which was Beki’s choice, she wanted to retain ownership and control of the music.

After years of being asked to perform her old material, and an amazing festival reception after her one-off Vice Squad performance for the “Holidays in the Sun” festival in 1997, it was in the year after this where Beki re-formed Vice Squad with a new line-up, with Paul Rooney of the Bombshells on lead guitar, Stilton on Bass, and Pumpy on Drums. The band originally only planned to play a few gigs to fund their broken transit van, however after an amazing reception at a festival in Lublijana, the band decided to accept more gig offers and recorded new material up until this day. The re-formed Vice Squad continue to play and record today with their most recent release being ‘Battle of Britain’, the 13 song LP that was released in 2020. 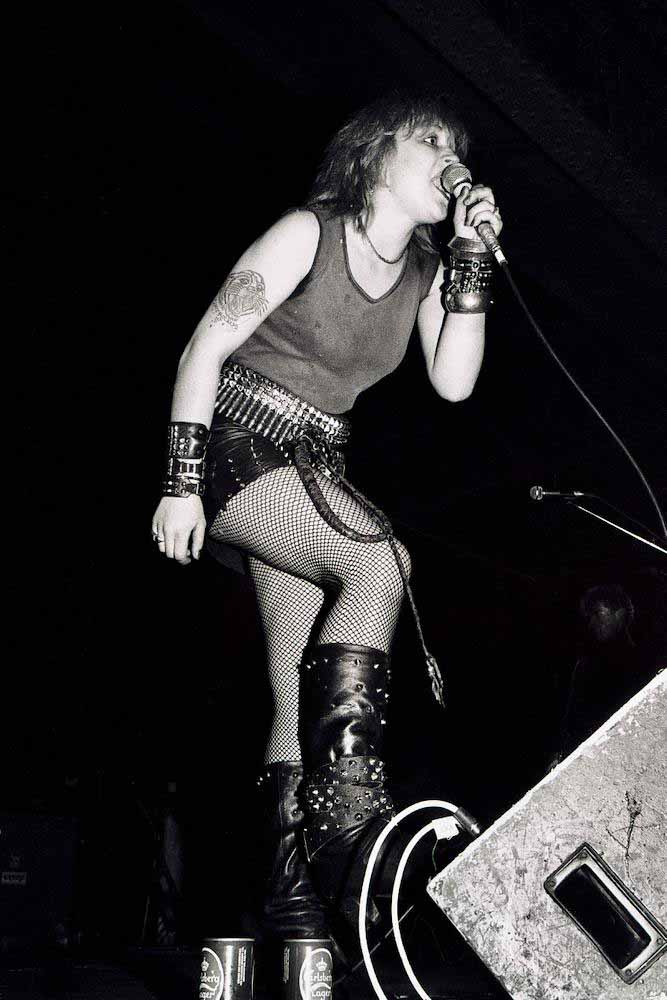 Whilst the 70s punk scene is one that has disappeared, coalesced, and inspired many new evolutions of the genre, Beki Bondage is one of few that has learnt to evolve with the times. From the age of 15, she has only gone on to persevere within music. This mantra is something that has proved her ferocity. Whether you have heard her name or not, Beki Bondage is someone who has truly embodied what punk is, only staying true to herself no matter the circumstance.