Disco Punk and Rock ‘N’ Roll perfect if you want The Sex Pistols and Blondie to have a baby.

Renowned for their thunderously loud punk music, Bexatron (BeXXX, Greg Paco Radcliffe, Adam Adorjan and Belle Star) are a feisty four-piece formed in 2017 and based in London that knows how to make your ears perk up. Forever glamorous and high-voltage, Bexatron appeal both to old-school fans of Siouxsie and the Banshees, as well as modern Gen-Z punk followers. Their hyper-charged album Hey You! features a selection of 90s grunge-influenced tracks with a powerful lyricism and furious drumming – check out our favourites ‘Dirty Disco’ and ‘New York Doll’. With militant beats and guitar-driven pop harmonies, the fun-loving Bexatron are guaranteed to be one of the most exciting punk rock outfits playing at London’s live music venues. 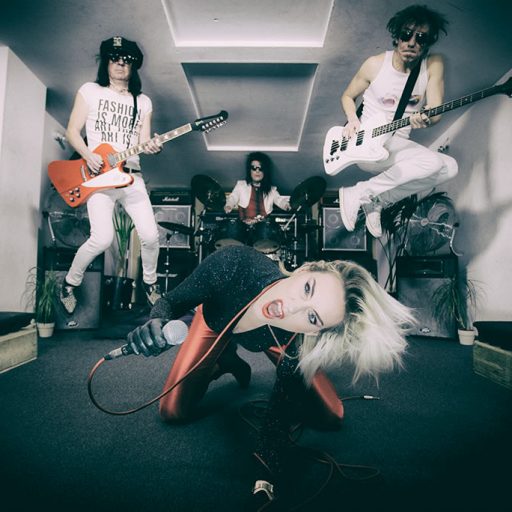 WHAT IS THE FIRST SONG YOU FELL IN LOVE WITH?

WHAT WOULD BE THE ONE SONG YOU CAN’T LIVE WITHOUT?