The format of the band is a unique low-end orientated guitar tone, squishy synth bass sounds, polyphonic keys, a raging vocal and powerhouse drums, the bare bones of the band is a three piece but sometimes we modulate with an extra member. The dynamic can be super stripped down quiet to fully blown out wall of noise, party thrash riffs to squelchy, saggy doom. I once saw us described as Black Sabbath having a screaming row with Nirvana, in simple terms, if I was describing it to the great unwashed, I guess that totally makes sense.

Last year Black Country mainstays God Damn were reborn with the release of their uncompromising self-titled third album, one that truly felt like they’d shed all preconceptions and were fully dedicated to a sound and delivery that they’d long denied themselves.

February 2020 saw God Damn disrupt the quiet before the storm with a blistering UK tour that shook the walls of some of the country’s favourite grassroots venues, showcasing their new material to hordes of sweaty bodies, but the incoming pandemic put a stop to the promo train and subsequently plunged them back into the shadows just when they were at their most amped.

The band won a loyal cult fanbase with their dark rock debut ‘Vultures’, supporting Foo Fighters and appearing at Reading & Leeds Festival shortly after its release. They put out critically acclaimed second album ‘Everything Ever’, produced by Ross Orton (The Fall, Drenge, Tricky, MIA) in 2016 to praise from Daniel P. Carter (R1), NME, Kerrang!, Clash and DIY. They toured the UK and Europe in support of the release with the likes of Thrice, Jamie Lenman, Frank Carter and the Rattlesnakes, Red Fang and The Cribs. 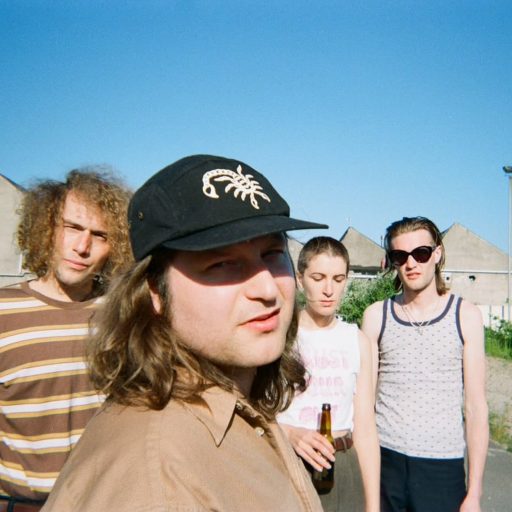 WHERE ARE YOU FROM?

God Damn are a Wolverhampton band formed in a disgusting dilapidated, run down lockup by the post-industrial canals of Horseley fields. You can see the birth place of the band from the trains that pull in and out of the city, the scene of a dystopian movie often fetishised by many but it was our very real existence that if you’re going to be romantic about it, really follows suit with our local heritage of a gritty heavy metal narrative, we can try and skim over this but it’s a fact, the creative soul of the band, we lived that for the best part of a decade and I guess with the dark underbelly of our music, that’s our honesty. The sad thing is, in cliché, western, capitalist fashion we were kicked out so that wanky apartments and bars can be built. We’re now in an old bike factory, a marginal deviation from the story but at least we’ve got a decent bog to shit in. I do miss the cheap rent in that scratty ex pork scratchings factory.

I think if we’re being honest to the true nature of the band, our music is for people who enjoy a raw rock band, a band that isn’t always easy, a band that feels like it’s peeling at the edges, a workhorse with scars and stories to tell. Rock, metal and punk can be such a cringe and cliché thing to me and sure we’ve walked that line in the past, I regret that, it’s my only regret in fact. Our music is for people who need to vent, for people who appreciate honesty and not over production and fake, plumped up aesthetic, I’m keeping that at the forefront of my mind from now on, that’s what I’m good at, I want to hone that craft as a life quest.

Ash: Fuzzy and loud, with plenty of hooks.

Thom: The inside of my brain and how I process the world that’s put before me, as best I can, with my favourite tools.

There’s a whole mixed bag of influences as you’d expect. Lots of crossover between members for sure. I guess none of us are into Jesus rock, Nazi punk, right wing metal or Pedo (pop) Punk, that’s about the only the things we collectively rule out and aren’t welcome to be played in our van.

So on the new record, yeah sure it’s pretty dark but there’s plenty of gross humour in there. One example is very much an “album track” there’s a lyric “I saw you with your dick in the hoover, I said what the fuck is that, you said the Henry Manoeuvre” yes, there’s that anti-capitalist crossover of people literally fucking the smiling face of identity products and…yes, I did actually once walk in on a friend with their dick in a vacuum cleaner, really quite a traumatic experience if I’m honest, now etched in underground rock history.

IF YOU ARE ALL TO BE DESCRIBED AS AN ANIMAL, WHICH WOULD YOU BE?

Hannah is a Hedgehog

Thomas is a Water Rat

Ash is a Labradoodle

If I could take one record to Mars, I’d probably take Siamese Dream, that was the first thing to enter my head, I know it’s a record we all agree on for sure.

Do you know what one of the nicest venues in the UK is, I really wish we played there more, the load in is dogshit but Manchester Deaf institute with all that cute artwork and layout is like another dimension, really interesting gaff.

Yeah we’re subculture inspired, our peers, our friends, our interests are that manifest if we’re being frank, it’s our direct connection, people and circles we run in. 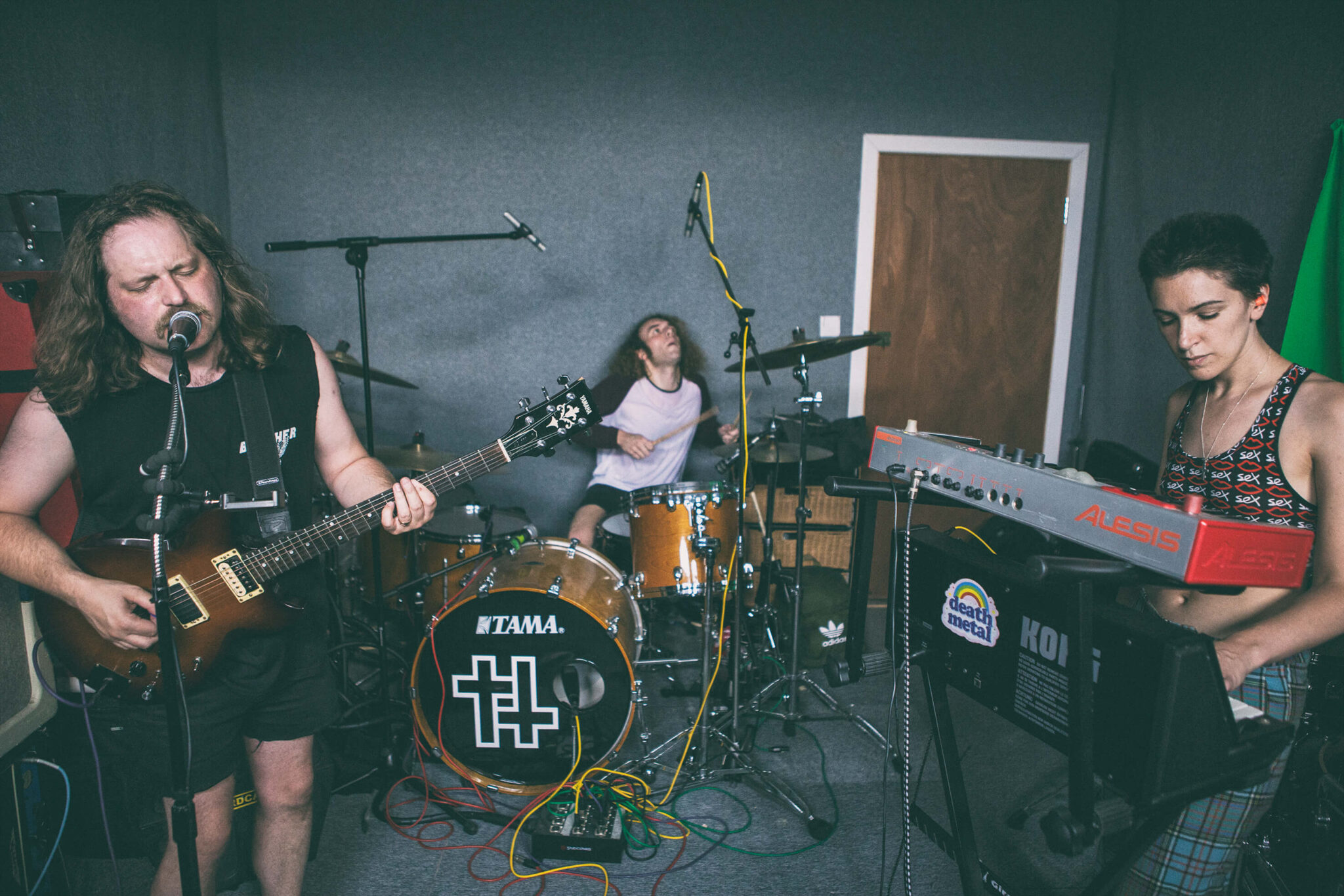