EVER HEARD OF… JUN TOGAWA? 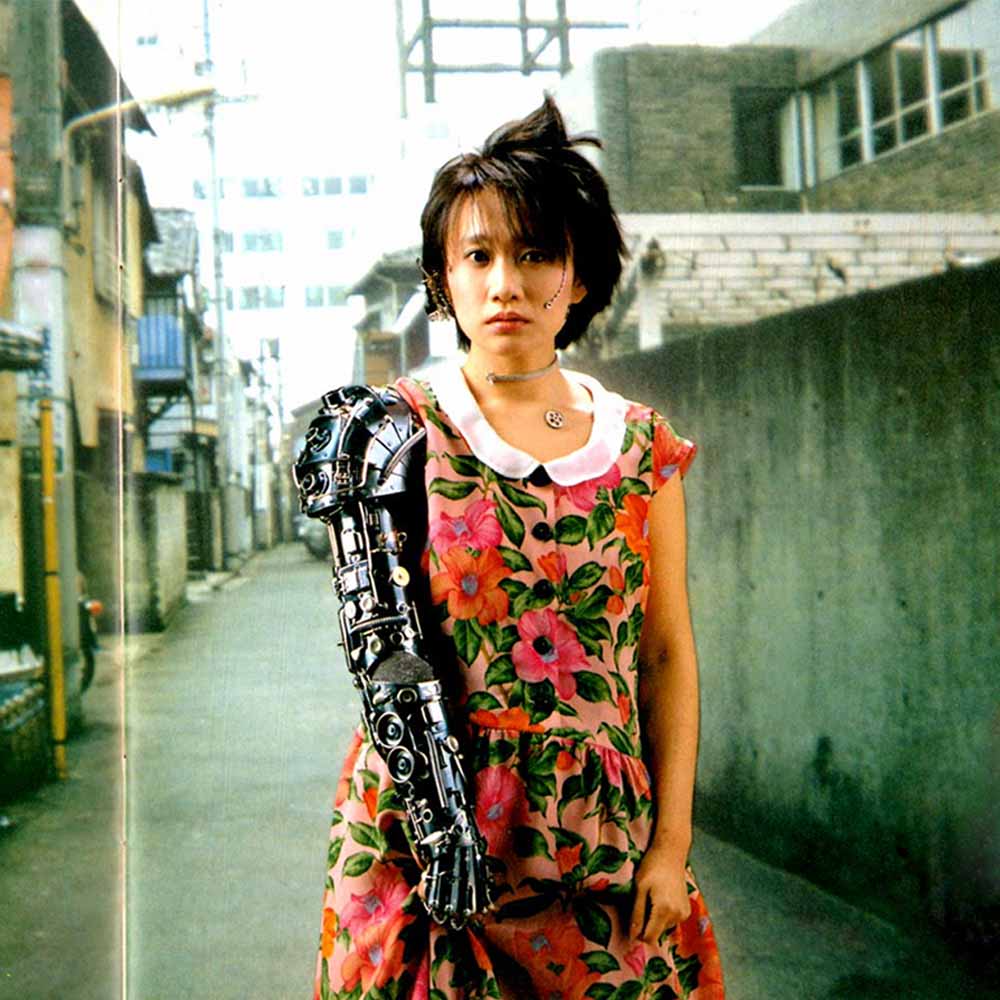 The latest in our series on overlooked or obscured figures in musical and subcultural history takes a look at Japan’s new-wave singer Jun Togawa (The previous edition of ‘Ever Heard of…’ about the punk feminist icon Beki Bondage, can be read here) To many, Jun Togawa (born Togawa Jun) is a name that would not be familiar. However, her cultural impact upon Japan and the Japanese music scene was revolutionary. Often being compared to Bjork and Sinead O Connor, Togawa used her image and music to comment on the state of femininity within the music scene.

Her musical career started just after she finished university. Despite a lack of support from her dad, who told her that if she wants to create music than she must become famous, this scepticism did not stop her. This started with her as guest vocalist for the band Halmens before the members decided to form the group Yapoos. She made her solo debut in 1984 with ‘Tamahime-sama’ and has been both a solo artist and in Guernica from 1982-89 and Yapoos from 1984-1989.

Togawa used her work to comment on and question the Japanese icon culture. Similarly to western culture, Japan uses the industry to nurture and propel artists to stardom. However, this is done in a way where they strictly monitor artists’ personal lives to maintain a media image of pure innocence. Through Togawa’s over the top Ero Guro (see below) image, she flips the stigma of this narrative, using her image to break down the nature that all artists must remain pure and innocent within their media presence. 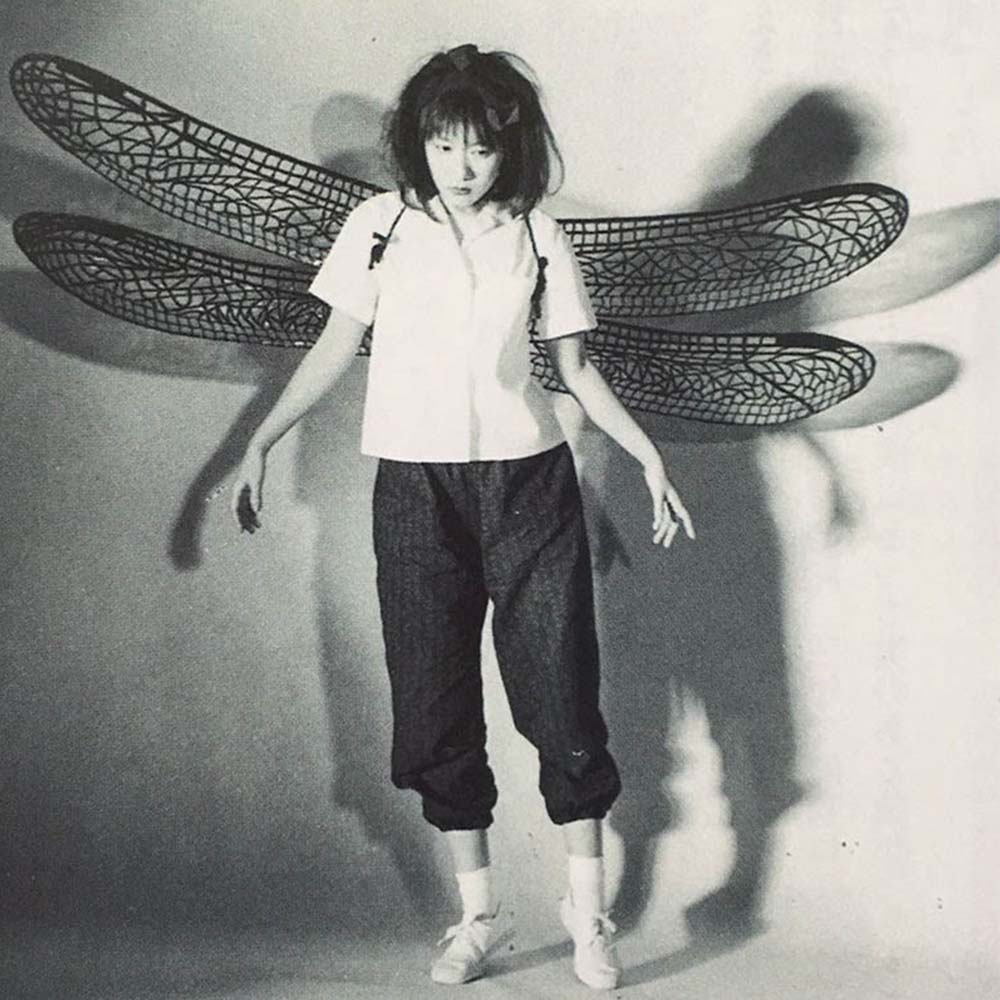 Her vocalism was one that transitioned between girlish, operatic, and disturbed. With so much influence from many different genres, from punk, to pop, it was hard for listeners to pin down Togawa’s style and artistic message. She has experimented with soundscapes that are both new-wave, post-punk, and J-pop. Despite never gaining mainstream success due to her eccentricity, Togawa gained a well-respected following in Japan’s underground scene. Throughout her live music and media performances, she wore costumed personas that ranged from a schoolgirl to a killer, a fashionist, and a warrior, all as part of a running commentary on female imagery. 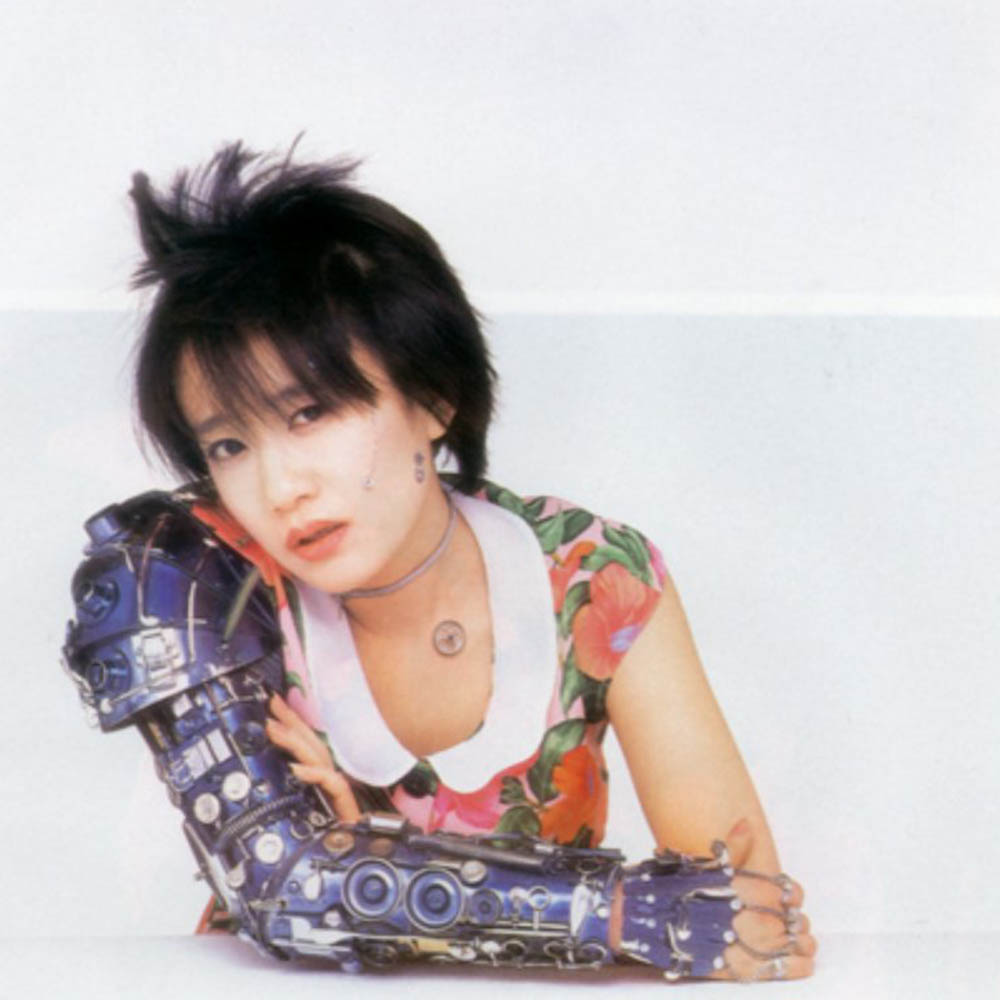 Her first solo album ‘Tamahime-sama’ translates to ‘Princess Tama,’ this title is juxtaposed by Togawa’s insectoid imagery and the lyricism within the album of a young girl’s transformation into an insect through her adolescence. This is not the only example of Togawa pushing the social perception of women. Women within Togawa’s art were not seen as goddesses or perfect but exaggerated into gritty and frenzied creatures as a realistic comment of her own political opinions.

Her second record ‘Suki Suki Daisuki’ – which roughly translates to ‘I Love You so Much’ is a satirical commentary on the idol culture within Japan. Throughout the album Togawa performed under the caricature of the female idol, even going as far to appear on TV and on stage in feminine outfits. She marketed herself and the album as a pop album, all for satire. The vocalism imitates the shrill voice of a young pop singer, with exaggerated lyricism that is stalkerish, as a commentary on the tropes of love songs and their innocence. Some argued that this album represents the repressed frustration of the female idol or is a protest on the idol culture itself. 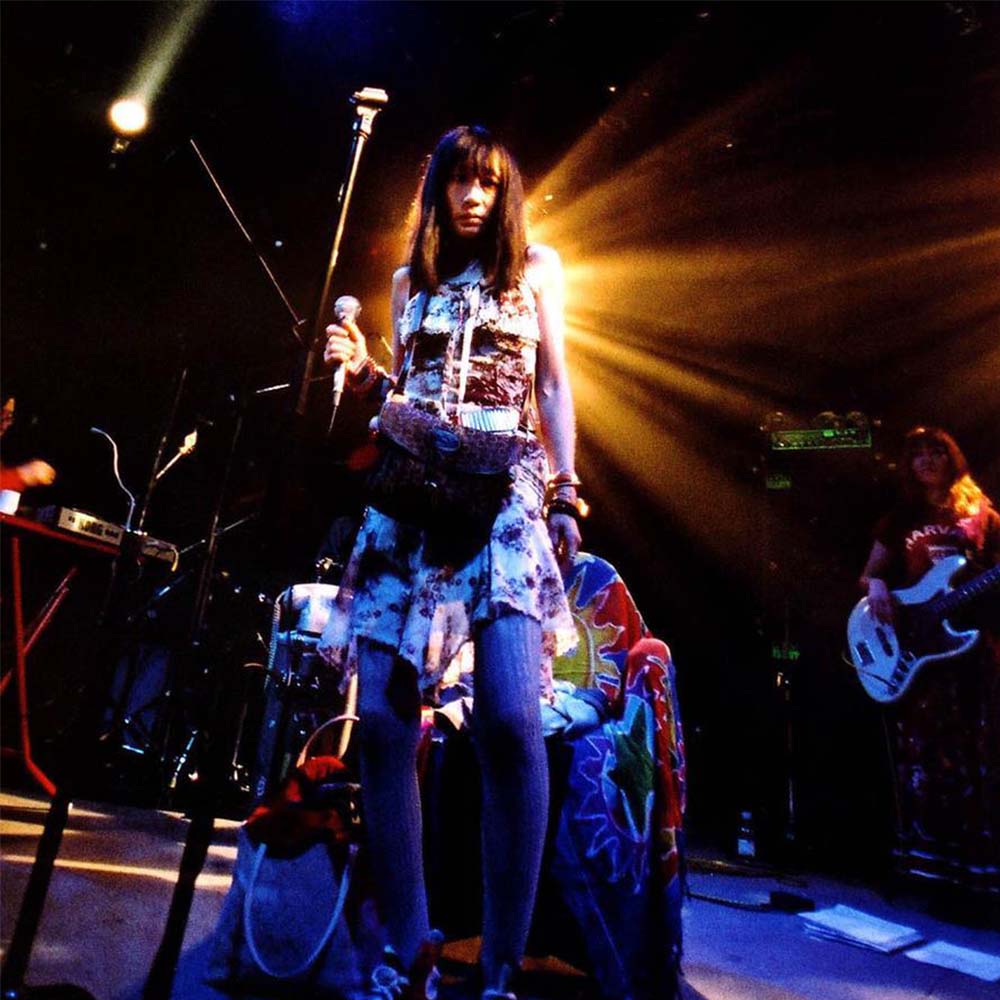 Togawa has stated before that her music has been a vice in which she has explored and discovered her self-identity: “There is a feeling I’ve had ever since childhood: that there exist many different ‘worlds’ and I was born in the wrong one, a world I don’t quite fit into. I’ve felt this strong feeling of wrongness all through my life. There is no space for me in this world. Every time I believe I’ve finally found my place; someone comes to me and says ‘Go away! You’re not supposed to be here”.

Whilst having many collaborations over her musical career, the most prominent of these was Susumu Hirasawa, who originally joined the Yapoos as a support act. The two have shared a close bond ever since, working on many projects since and sharing stories and how they perceive gender and people. This led to the pair working together on music and gender related conversations on TV and in publications. 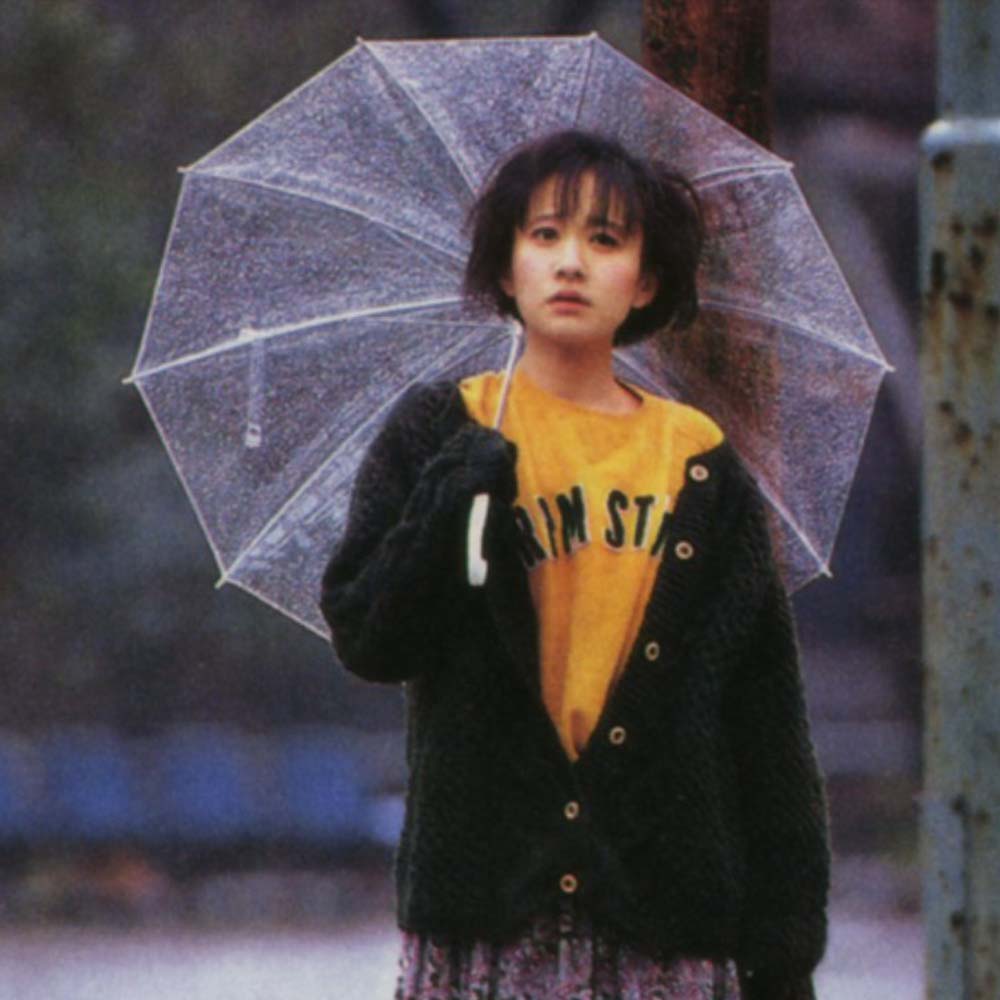 2016 marked the 35th year of her career, in which she released a new collaborate album – of covers of her own discography with Vampillia and Hijokaidan. Despite only having two solo albums, Togawa has collaborated with the Jun Togawa Unit, Hijokaidan, Vampilliam and Kei Ookubo, with the most recent of these being ‘Jun Togawa avec Kei Ookubo’ which was released in 2018.

Her presence since 2018 has been very quiet. Togawa became most memorable in the 80s due to her eccentricities, she was shocking in Japan. However, her influence in the west was Patti Smith, Nico, Birgette Fontain, and with contemporaries such as Bjork, Togawa’s music went under the radar within western culture. Despite this, her comically bleak music is something that is authentic in the massage that is carried with it and the barriers that Togawa was trying to breakdown, something which has had an influence on the female musicians of today. 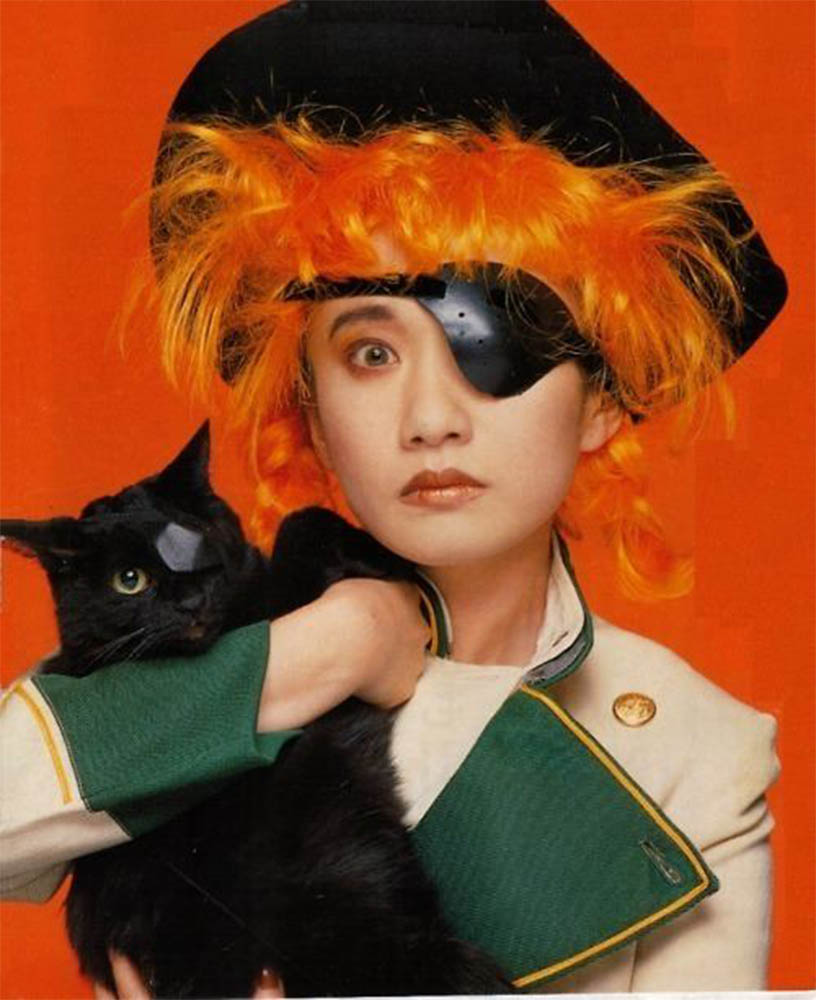