I would describe my style as cute punky rock n roll. My wardrobe essentials are a black leather jacket, chunky boots and sunglasses. I love an oversize statement t-shirt, or a classic leopard shirt underneath my leather gilet. My style is mostly androdynous, but will go between masc/femme vibes, depending on my mood that day. I love to keep my style fun and cheeky and will add a splash of colour here and there. Colours I love: Lime green, red, pink and blue. Style inspos: Yungblud, Baby Queen, MOD SUN, Machine Gun Kelly.

I have been a part of the underground rock n roll scene in Copenhagen for a while, but have been playing music intensely for the last 5 years. I have two awesome live members on stage: Paw and Jonas.

Perfect for the misfit emo kid that needs to rock out and forget the world for a second, and feel loved and free. 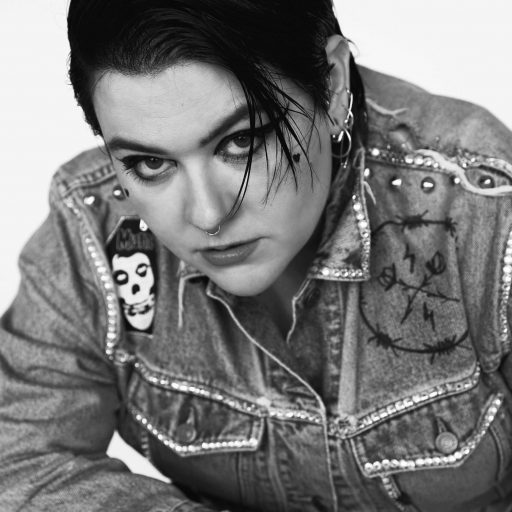 My musical style is influenced by artists like Avril Lavigne, Joan Jett, No Doubt, The Distillers etc. I am a huge tomboy and have always identified with masculine women and rock ‘n’ roll females, who were loud and unapologetic. I love the intense energy of rock ‘n’ roll and the huge melodies of pop music.

My friend gave me his dead pet tarantula, named Jenny, as a present. I started imagining this story in my head about Jenny being an actual girl and coming to life with me, and how we would fall madly in love and it would be fun, wild and grandiose. I wrote the song ‘Lovesick’ about that story.

IF YOU WERE TO BE DESCRIBED AS AN ANIMAL, WHICH WOULD YOU BE?

Sharks are strong and fierce, but kinda misunderstood. They seem so intimidating, but if you touch it on the nose, it will be paralysed.I think it just wants to be loved and make friends. I love sharks because of the duality in their nature. Strong but sensitive beings.

Enema Of The State by Blink 182. This album might be my all time favorite because it holds so many special memories to me and the songs are great. I once sang “What’s My Age Again” in a karaoke bar in front of 200 people. That was fun.

I haven’t been to many venues in the UK yet, but I played at the Old Blue Last in Shoreditch and that was a really cool scene! I also once went to a dirty punk show in Deptford in East London and had the best time with gritty bands and blastbeats all night long.

I’m very inspired by subculture! I love the DIY punk scene in Copenhagen and have been a part of it for many years. I also customize my own clothes, go to small punk venues and frequent activist environments in Copenhagen. It’s a part of my DNA from ever since I was a teenager. 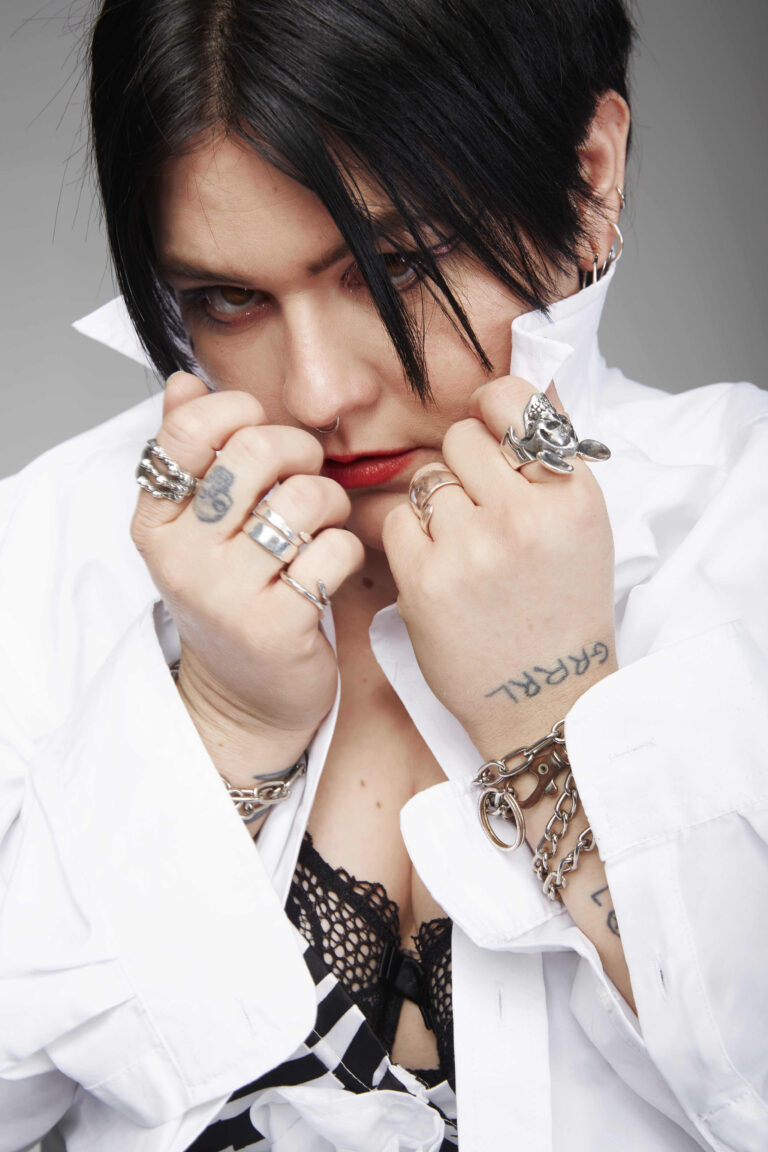