Our background is pretty typical of most bands in Manchester at the moment. We all moved here for uni and met through having mutual friends and interests. We eventually decided to come together musically and have grown closer and closer ever since. In many ways, we’re all best friends now, which is nice. We all met in Manchester, but come from all over the place (Doncaster, Huddersfield, Sheffield, Stoke and Keighley). We are Alex Rave (vocals), Connor Scotford (lead guitar), Josh Franks (rhythm guitar), Joe Fowler (bass), Ben Hallet (keys and backing vocals) and Will Metcalfe (drums).

We’ve been in numerous bands over the years, and so we probably started performing around age 15-16. In terms of playing together, we played our first gig together with Lice back in March 2020, but our first as Separator came last month at YES with The Goa Express. 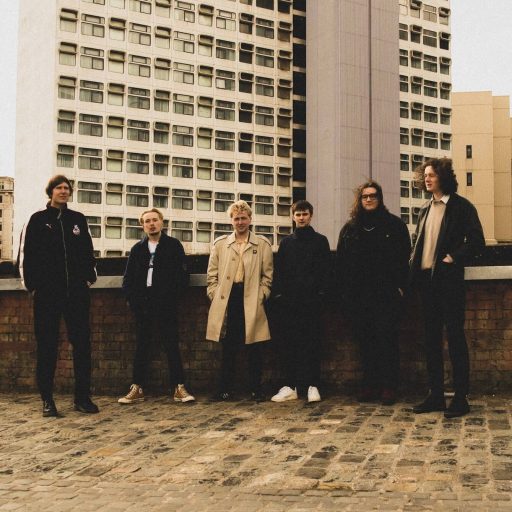 Will: A bromantic, creative release from the mundane life of 30 hours a week work contracts

Ben: Separator is exciting, playing with some of your best mates, making the best music you’ve ever made, that’s as exciting as it gets

I think we are fundamentally influenced by heroes of ours like Radiohead, Arctic Monkeys, Iceage etc., but in terms of the sound that we *attempt* to emulate, bands like Interpol, The Strokes and Protomartyr are very important to us.

We don’t play it anymore, but we have an old song written purely in spite of a saga between two of us that lived together and a landlord who tried overcharging without any legal grounds to do so. Hard to believe, I know…

IF YOU WERE TO BE DESCRIBED AS AN ANIMAL, WHICH WOULD IT BE?

Joe: All of the above

Will: Tranquility Base Hotel and Casino, Arctic Monkeys

Ben: Albert Hall to watch someone is fantastic, love having the choice to sit on the benches or get sweaty in the middle.

Subcultures are wonderful things. The way that individuals attach themselves to a particular scene or culture, and the way it dictates and influences taste in things from fashion to films, ideologies to interests, is utterly fascinating.