Since their debut release “Fast and Loud” on Yala Records, Talk Show have gone from strength-to-strength, capturing the imagination of new and existing fans alike with their unique pairing of raw, punk-inspired delivery, with melodic elements that hark to influences including The Cure. Offering up an exhilarating live show that pairs the stomping, brooding focus of Harrison Swann, with the wild, escapist energy of drummer Chloe MacGregor, bassist George Sullivan and guitarist Tom Holmes, Talk Show have well and truly set themselves aside as a band that mean business.

Gaining support rapid radio support from Jack Saunders, Annie Mac, Chris Hawkins, Shaun Keaveny, Steve Lamaq, John Kennedy and many others and with the bands first EP under their belt “These People” on Council Records, debuting at number 13 on the physical UK charts. With over 800,000 + streams and critics and fans alike enjoying the further insight into the raucous world of Talk Show, the band continue to evolve, excite and progress.

They continue to push themselves socially and artistically with the new EP being recorded with Hot Chip’s Joe Goddard, Talk Show continue to deliver and are establishing themselves as one of the best and unique UK artists around.

The band have also brought their unmissable live show to a host of festivals around the UK including The Great Escape, Liverpool Sound City, Dot to Dot, Neighbourhood, Molotov, Truck and Visions Festival. 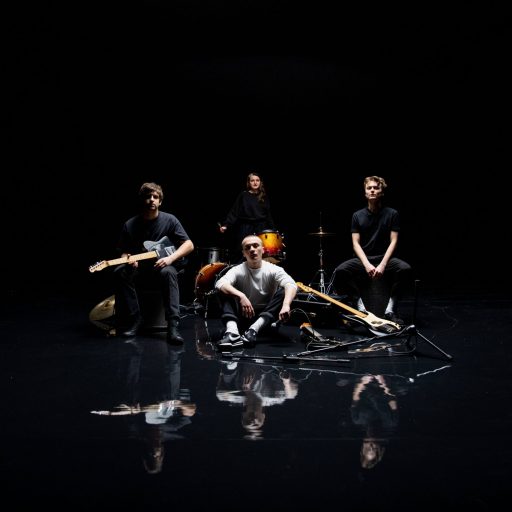 Harrison: Get involved or get left behind.

Chloe: Wild, escapist, and relentless in our pursuit

IF YOU WERE ALL TO BE DESCRIBED AS AN ANIMAL, WHICH ANIMAL WOULD IT BE?

(George) I’d love to say a shark or crocodile but being honest I’m probably more akin to a mountain goat or maybe a ladybug or something. Harrison is also pretty goat-y, although I have heard mountain lion thrown around outside a few venues before. Tom’s often compared to an Arabian horse due to his stature and superior endurance, while Chloe just wants to be a frog, I guess it’s like one of those prince/frog stories?

George: I’d probably take Leftism by Leftfield, a great record I know we could all get down to. Madonna’s Ray of Light comes a close second. Although I’d be tempted to bring some Hans Zimmer, imagine striding across Mars to that Interstellar soundtrack.

That’s really tough… There’s too many great places to choose from. From London: The 100 Club & Rye Wax are two that will always be close to our hearts, but we always have a good time at Peckham Audio and The Social, YES (Manchester) and The Brudenell Social Club (Leeds) too.

Looking at the bands that inspire us you can’t deny the importance of subcultures. Both the art created, and the community established it are of equal importance, and arguably neither could exist without the other. We’ve always been proud to wear our influences on our sleeve too, without subcultures we wouldn’t be doing what we are doing. 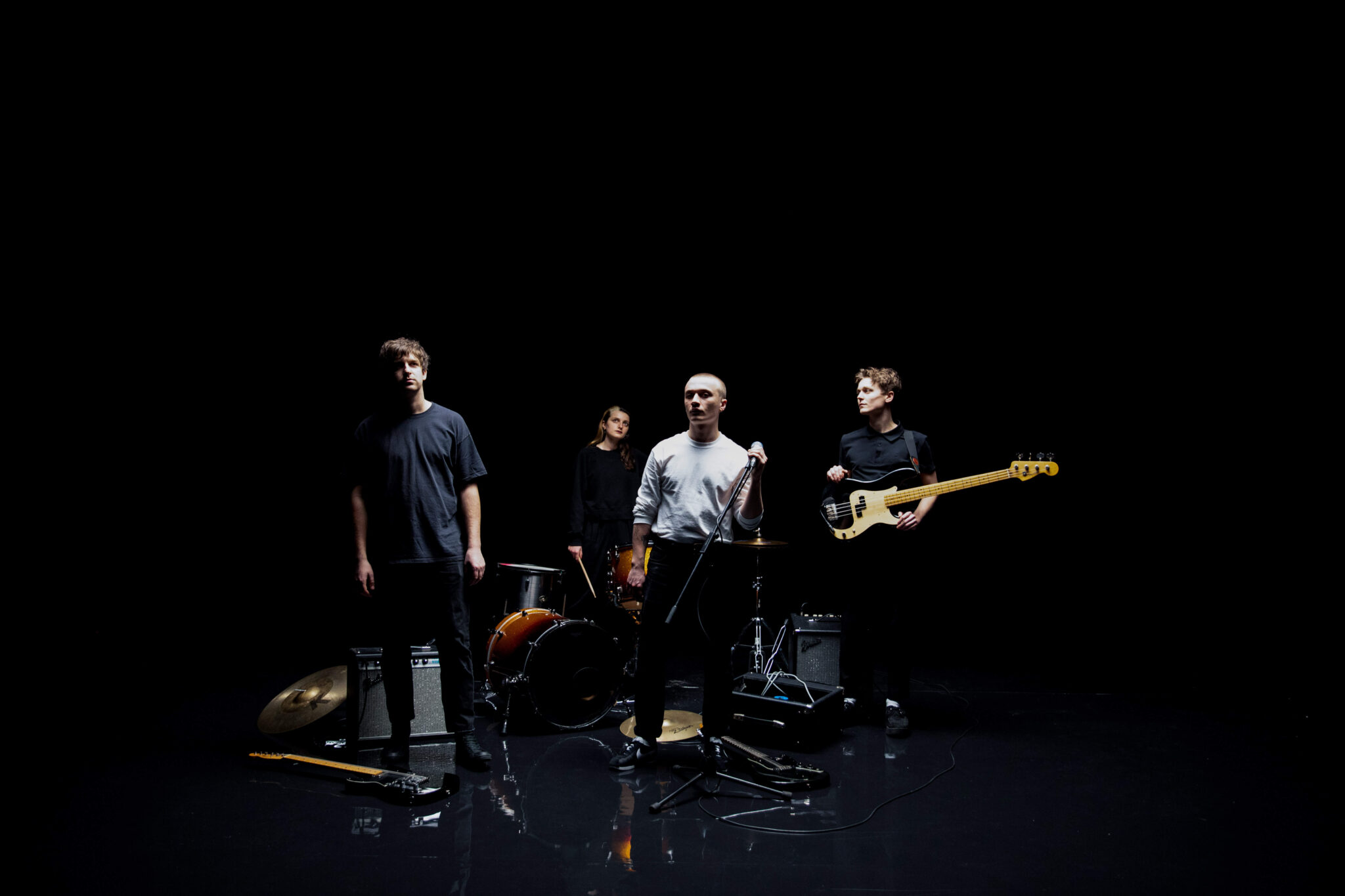