Inclusive forward thinking rock’n’roll to dance to..pefect for Rock music lovers who are tired of outdated stereotypes as well as macho & culturalist cliches in rock music.

The Daybreakers are Aidan Connell, Conor Cotterill, James Gullis initially formed in January 2019 with James joining in February 2020. They are fast-rising, time-warping hard rockers. From their basement ‘The Starship” in Shoreditch, East London the band channel the frenetic and melancholic sounds of The Gun Club and Morphine mixing up the medicine to evoke the shades of the MC5, Bad Brains and Thin Lizzy.

No constipated rock purists, The Daybreakers hug synths, sampladelica, the avant garde and pop to their Paisley-patterned bosoms, a three-headed dance orientated brave Ulysses for the 2020s.

Formed by songwriter -producer Aidan Connell who had formerly performed with Gary Clark Jr and Seasick Steve as well as working with Mazzy Star from 2010-2016. Growing tired of stereotypes and being typecast as a black blues ‘song and dance man’, he put together The Daybreakers to shake up London’s rock scene.

The group groove like a mutha thanks to jazz savant drummer James Gullis and school-of-Stax-meets-Motown bassist Conor Cotterill, the three embodying the seeming paradox of tight but loose.

Formed in early 2019 the group have been tearing it up in packed venues in the UK and Europe both in their own right and as the most supernova stars own Starship club nights which has attracted such luminaries as Jeff Beck and Jimmy Page.

FOR THOSE THAT HAVEN’T HEARD OF YOU BEFORE, DESCRIBE YOUR BAND IN ONE SENTENCE:

A lot of our songs are about dismissing cliches and paying dues to the originators of rock’n’roll.

From our forthcoming release…

Black Black Beatles on The Radio is about the many rock n roll originators who never got paid and are only just being given the appropriate credit.

I Hate Rock’nRoll is about not indulging in the rock cliches of ego, drugs and booze.

WE ARE PROUDLY SUBCULTURE INSPIRED. HOW ABOUT YOU ?

Given that two of us grew up as black kids obsessively into rock n roll in predominantly non black environments, perhaps we seemed weird at the time.

This caused periods of introspection and forming of our own unique identities. Hendrix and 60’s subculture was an early inspiration with afros and / or flamboyant clothing.

Later on punk, afropunk; The Clash, Bad Brains, The Stooges, MC5. James grew up in a suburban Devonshire town into music of black origin i.e. funk, blues, jazz so perhaps his experience was an inversion of ours. 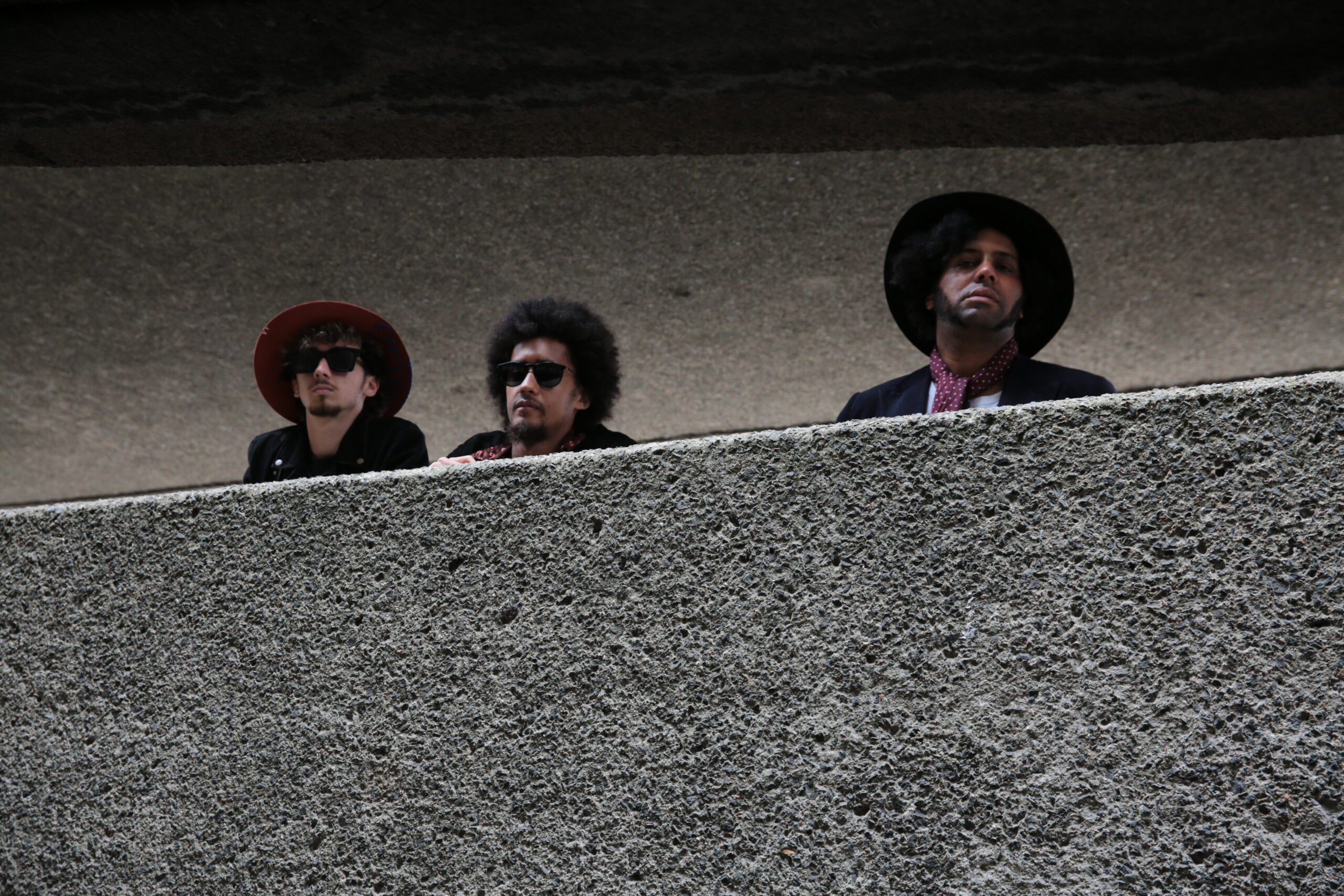