PERFECT FOR: People who like the sound of a Hard Times and 2000s Indie love child. 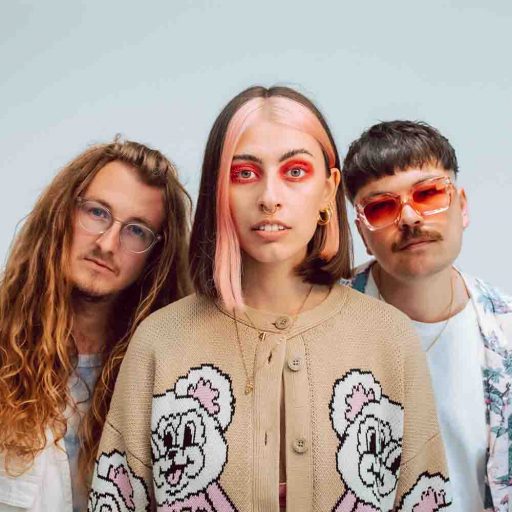 STORY: Born from Brighton’s diverse musical breeding ground, indie pop group Orchards are among the city’s brightest rising stars. Comprised of lifelong friends Sam Rushton (guitar) and Dan Fane (bass/vocals), who met vocalist Lucy Evers within their first week at university. Known for their energetic live shows, high kicks, and glitter tache’s, the band are a resplendent mix of summer melodies and stellar hooks that threaten to be stuck in your head for days. Combining left-field experimentation with startlingly prescient pop sensibilities, Orchards have been described as a “glittery gateway drug”, with a sound that is inherently positive, charming, shimmering and above all: fun.

Dan: Sparkly riffs to shake yo ass to.

Sam: Choking on glitter and having a great time doing it.

There’s a spoken word piece on our album that was a total off the cuff moment during the recording process. We recorded in a couple hours one night, it all came together out of nowhere.

Lucy: An aardvark. All they do is sleep and snack. Perfect lifestyle.

Dan: A goldfish because they are super forgetful and love to swim at any given chance.

Sam: Springer Spaniel. Not only because they have the same hairstyle but they’re both just generally happy bouncing around and being outside. 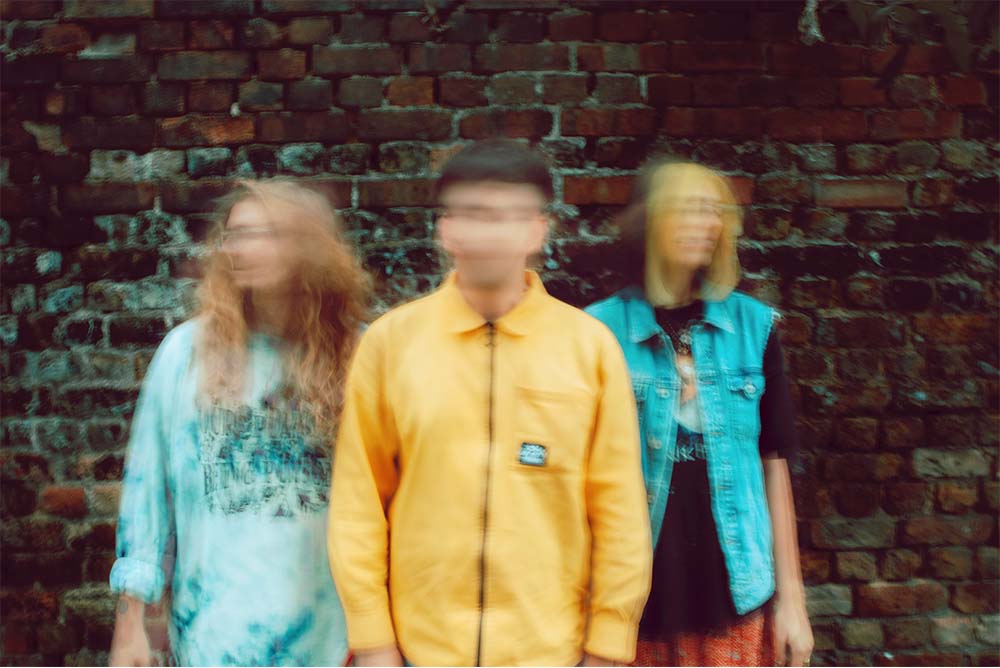 For us it really has to be The Hope & Ruin in Brighton. We cut our teeth playing here over the years and we have constantly been supported by the venue and their team. They gave us the foundation and experience we needed to be able to thrive on tour. It’s our home. We’ve worked there, played there, partied there. A window also fell on Lucy’s head in there (she’s fine don’t worry). Everything revolves around The Hope and Ruin. We have everything to thank them for. We are playing our headline show there next March!

A special mention for Clwb Ifor Bach in Cardiff though. Not only is that street packed with venues and independent bars, but it is also a stones throw away from the best Vegan Junk Food, the most delicious Welsh Cakes and the legends that are Tiny Rebel brewing.

Get to Heaven by Everything Everything. Is there any other answer?

We would be nothing without the independent and underground music scenes we’ve been involved with most of our lives. From Sludge Metal Gigs in Liverpool, Indie Rock in Brighton and Math Rock in London we are well versed in all things subculture. It is community. It is connection. It’s a place to feel completely yourself without fear of judgement.

Everything we create is based around our previous experiences and what we think our Fruits (our lovely fans) would think. We pride ourselves on our wholesome and supportive community. We’d be nothing without them. 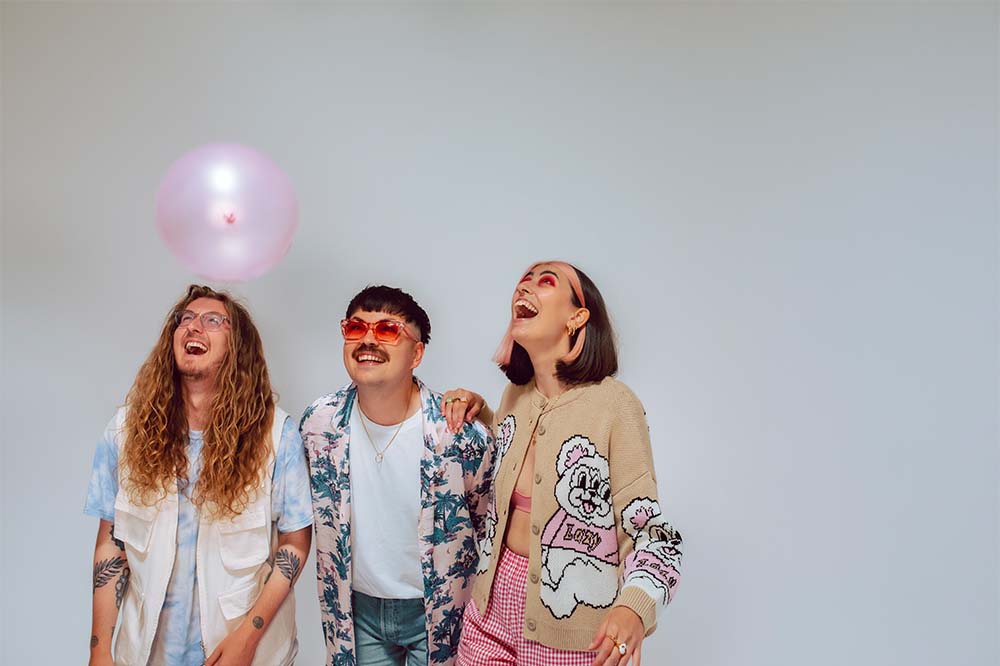