PERFECT FOR: People who like to get spooky and rock the hell out.

WHERE FROM: Brighton / Peterborough

STARTED PERFORMING: We started in October 2011 and our first show was at Battle of the Bands on 5th November at Brighton Pav Tav. We didn’t win. 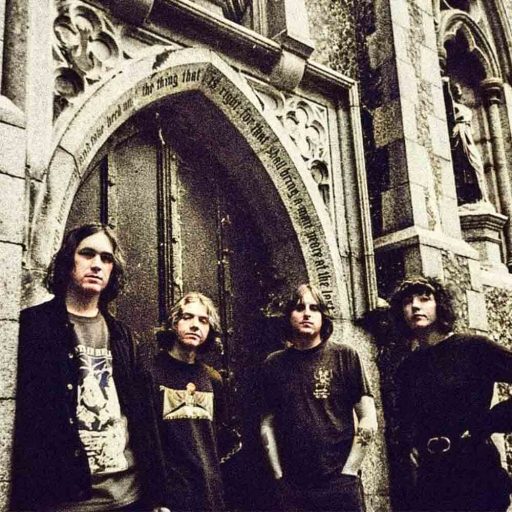 The Wytches formed in Brighton in 2011 after meeting at music college. During their first year, they relentlessly played any show they could find and managed to start picking up traction. In 2013 the band signed their first record deals with Heavenly Recordings and Partisan (for the USA). 2014 saw the release of their debut album ‘Annabel Dream Reader’ and they would tour the world throughout the year, headlining shows and sharing stages with the likes of METZ, Cloud Nothings, Blood Red Shoes, Pixies, and Jamie T.

Since then, the Wytches have released two further albums and countless EPs. 2020 saw the band release their third album ‘Three Mile Ditch’ on their own label Cable Code Records.

The album is an explosive collection of 10 tracks that weaves seamlessly between gut-wobbling monster riffs, swampy rock, slick surf, and finely tuned songcraft.

Whilst the album is bursting at the seams with hard rock screamers, with hooks and riffs so infectious they burrow deep into the brain, there’s also other more nuanced elements at play. Bell’s love of classic songwriting from Bob Dylan to Elliott Smith via Big Star’s Alex Chilton can be heard reverberating throughout the record; the result is a blend between his honed and subtle knack for song craft and crunchy, eruptive bursts of noise.

As a complete work, ‘Three Mile Ditch’ shows the band delving further into their songwriting, challenging melodic elements, and carving out a new path for themselves.

Since the return of live music in 2021, the band have appeared at a handful of UK festivals including Bigfoot and Norwich Psych fest. Then in October, they were finally able to embark on a tour in support of ‘Three Mile Ditch’. The album tour was a great success and allowed the band to showcase the new songs for the first time since recording back in 2019.

Now the band are back in the studio writing the follow up to ‘Three Mile Ditch’ and are looking ahead to January 2022 when they will take part in the National Lottery’s Revive Live Tour.

A journey through the desert with pain in your heart.

Who influenced your musical style ? Originally it would be Black Sabbath along with the Humbug album by Arctic Monkeys, but I wouldn’t say they influence us when writing these days. Kristian’s heavily into Captain Beefheart at the moment and I’m hearing a little bit of that in recent songs he’s writing.

Three Mile Ditch is written about a real ditch connecting two villages in Peterborough that Kristian would walk every day to Mark’s house to hang out and write music. He would come up with lyrics for the album on the walk.

Kristian: I’ve always wanted to be my dog, he gets treated well.

Dan: A salamander because I hate the cold so much and need warmth to function. 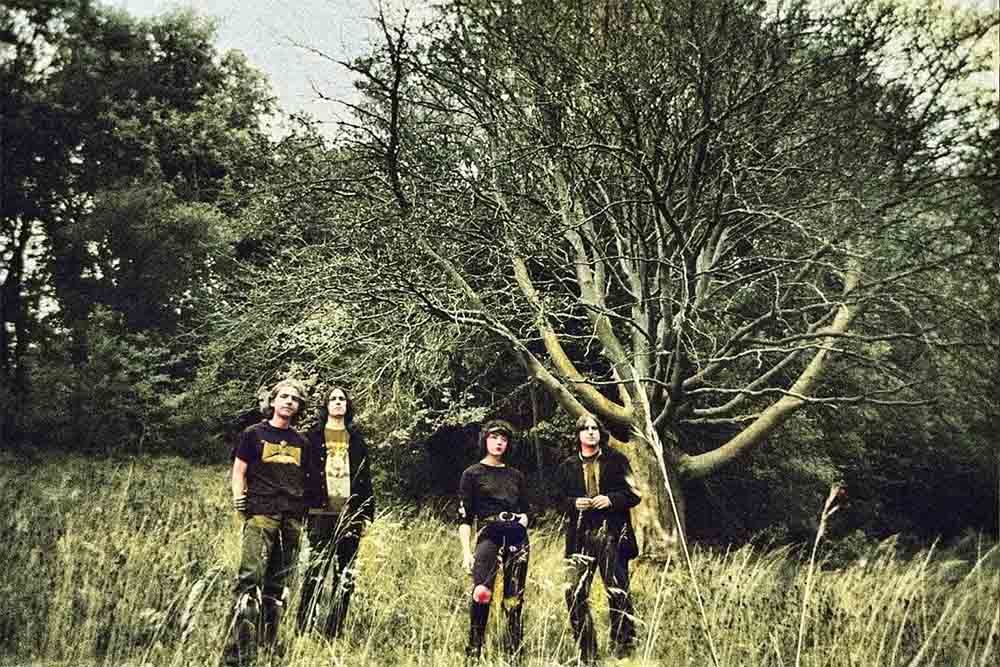 You are sent to Mars, no check in baggage and you can take one record- which one ?
Kristian: Bob Dylan – ‘Blood on the Tracks’
Dan: Interpol – ‘Turn On The Bright Lights’
Mark: Pink Floyd – ‘Dark Side of the Moon’ (this would sound great out there)
Demelza: The Beatles – ‘Revolver’

We are proudly Subculture inspired. How about you ?
Subculture is what we are all about. We grew up listening to music that was wasn’t mainstream, we were in the ‘weirdo’ groups at school, and we would go to alternative clubs that played the stuff we were into.
I feel like that played its way into the music we make. It’s something that doesn’t quite fit anywhere because it’s made by people that don’t either.