We are a shoegaze and dreampop band perfect for people who like loud guitars, soft voices and something to lose yourself in.

The band is Jagun on drums and Etienne on lead guitar and vocals. Jagun and Etienne are from Ghana but grew up and were raised in London, so they have a deep connection to both countries. Etienne started the band in Roehampton university Whitelands campus, back when he was 16, it was a set of acoustic covers but shortly after decided originals would fit him.

Me and Jagun later met through my exes Snapchat. I saw him drumming one day on it and I was like do you wanna join my band and he said yeah, so we rehearsed a few songs and had a performance at DIY space for London shortly afterwards. We managed to click really quickly which is great cause it’s hard finding band members that want to stay. After having trouble with roadmen in Shake Shack, bad bandmates and missing a coach for a festival it still feels really nice to have someone there. 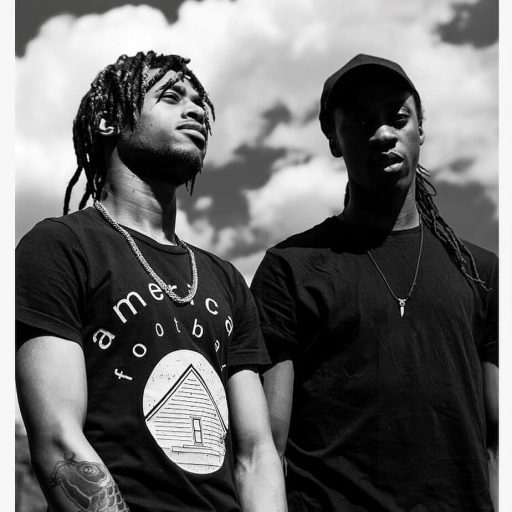 Etienne: a softly spoken rock opera with guitars that go WHREEEE and WROOOOO

Punk was a big influence, lots of heavy guitars and confessional lyrics, Modern Baseball, Frank Carter & the Rattlesnakes, Citizen. Midwest emo bands, to 90s emo and math rock like Sunny Day Real Estate, American Football, Empire!Empire! (I was a lonely estate), then eventually went to Slowdive, Hibou, Turnover, Wild Nothing and lots of other dreampop bands. When you go from heavy to soft, you end up somewhere in-between.

‘Paradise is a Person’, isn’t describing another person. It’s meant to be a song about personal self-reflection, as a present you are questioning a future version of yourself in it’s vulnerabilities yet still being able to open the door and let the wash of emotions and forthcoming futures crash unto you but not carry you away. Also, I was super high one time and that’s what inspired it.

IF ALL OF YOU WERE TO BE DESCRIBED AS AN ANIMAL, WHICH ANIMAL WOULD IT BE?

Etienne: I would be a cat; I don’t like moving around too much and like keeping to myself. I sleep a lot too I just do it whenever I have any minor inconvenience in life, and it sorts itself out in an hour or so.

Jagun: I would say a dog ‘cos I’m just happy, energetic, and friendly.

Etienne: It has to be Slowdive – Slowdive, one of the greatest albums I swear, it’s what I always put on to play when I want to disappear from the turmoil of life, after a 10 hour shift it’s the one thing that makes it okay.

Jagun: Paramore – self titled, it has no weaknesses, and there is not one song I would skip on that album

‘DIY Space for London’, an inclusive safe space for everyone, it’s a super welcoming community that blasts away all the gatekeep-y smoke and mirrors that exists in the rest of the music industry. It’s like a union. They also pay everyone fairly and make sure regardless of income you can see a show.

So are we! Unconventional is a place we like to be at, an entire subgenre like this for two black guys is unconventional enough!