I call it “ugly pop”. Gritty, genre bending pop music that is uncomfortable and messy and industrial and whatever I want it to be. I’ve had a lot of “I have no idea what genre this is” comments and that’s just how I like it. Perfect for weirdos, the underdogs, the misunderstood etc

“Zand is just me (or if you wanna be fancy, my real name is Zander and my pronouns are they/them). I did my first gig in 2012 when I was a mere foetus on an old singer songwriter folky cringy project, but I feel like I only really started “performing” this summer whilst on tour with Bob Vylan & Witch Fever. I used to be so self-conscious of how to perform and what to do onstage and really overthink it, but now I feel like I’m really honing my craft and I am much more comfortable. I love it. It’s just like ringing a bell. ‘Put on a damn show, baby’, or whatever.”

One of the most exciting, formidable, and hotly tipped rising stars in alternative pop, Zand is a force to be reckoned with. Exploding onto the scene with their own self coined genre/boundary bending “ugly pop” sound in 2018, they have demonstrated their prowess as a triple threat; singer, songwriter and producer. Since their debut EP “Ugly Pop” released in November 2020, the 4 track EP has racked up over 1 million streams on Spotify, gaining attention from the likes of DIY Magazine, Wonderland Magazine, Attitude Magazine, Alt Press and more. Their new single and first release of the year “Religion” just dropped in August; a metal infused, holy earworm produced by both ZAND and EDM producer Shurk, released in partnership with Jagermeister Musik. ZAND coined the term ‘ugly pop’ to describe not just their gritty sound, but with ‘ugly’ acting as a double entendre; touching on topics and telling a story in such a manner that could be considered controversial in today’s male-dominated, cis heteronormative society. 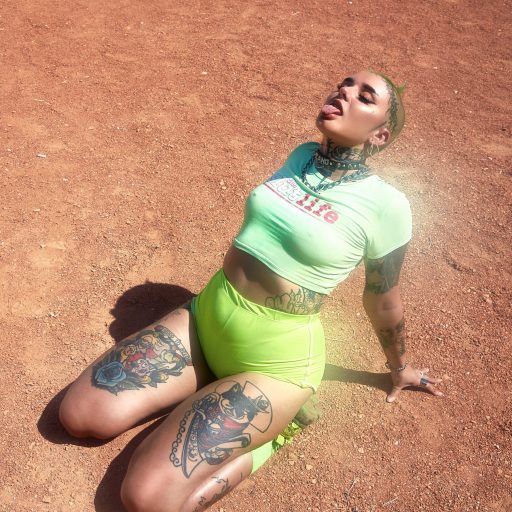 I got a long list of those. I keep remembering different artists that influenced me as a teen or a child or a young adult or a few years ago or now. But a few off the top of my head: Imogen Heap, Slipknot, Tommy Cash, My Chemical Romance, Hans Zimmer, Fightstar, Hammock, Gorillaz, Rob Zombie, SOPHIE.

I just had to google what “anecdote” means before answering this, and it says, “a short amusing or interesting story about a real incident or person”. I don’t have an amusing story behind this song to tell you, but the song itself is batsh*t enough on its own without needing one. So I’m just gonna tell you about it anyway. My new single “Religion” is a fun one to talk about, mainly because it sounds completely insane on purpose, production wise. Is it a pop track? Is it metal? Is that latin inspired percussion I can hear? “Yes” is the answer to all of those questions. “But Zand… are those demonic shrieks at the end… you?” I hear you cry. Yes, baby, yes, it is. “Why?” Because it rips, it works with the song’s narrative, and I wanted to show off. Extreme vocals are an artform in itself and I’m surprised I haven’t brought them to my music sooner considering I’m a little metal head. Also, no one has asked me these questions at all, I am just being dramatic. Lastly but certainly not least, if you listen to the lyrics, you’ll be able to hear that it’s a gay as hell track I wrote about being infatuated with an angel. I like telling stories in songs, so let that be the anecdote for this one. *ba dum tss*

A dragon, for sure. Don’t hit me with the “they’re a mythical creature” lark, they’ve definitely at least been real before, and now the closest thing we have is alligators and stuff like that. One of my special interests since I was a kid has always dragons, I wrote a book about turning into a dragon, was completely obsessed with Dragon Heart and literally any media that had dragons in them, I’ve still got my Dragonology book, and now green hair horns and dragon wings are part of my aesthetic/persona. Kind of an unavoidable serve to be honest.

Either Y€S by Tommy Cash or Move Along by All American Rejects. Both have pulled me out of depressive episodes many times, the former due to euphoria and the latter nostalgia. I’ll probably think of 5 more by the time I’ve written this.

I don’t have a favourite venue, but I do have a favourite one I played on tour recently. Really enjoyed the 100 Club in London, had a big, long stage I got to walk up and down, very spacey. Did not trip over. Jumped around a lot. I’ve never played the Deaf Institute in Manchester, but I’ve seen a few gigs there (Neon Trees was my last one in 2012) and I loved how it felt like you were in someone’s living room with the bird upholstery and wallpapers, whatever you call it. Very nice.

Come on. You can take one look at me and see that I’m a slimy little mosher. Always have been. 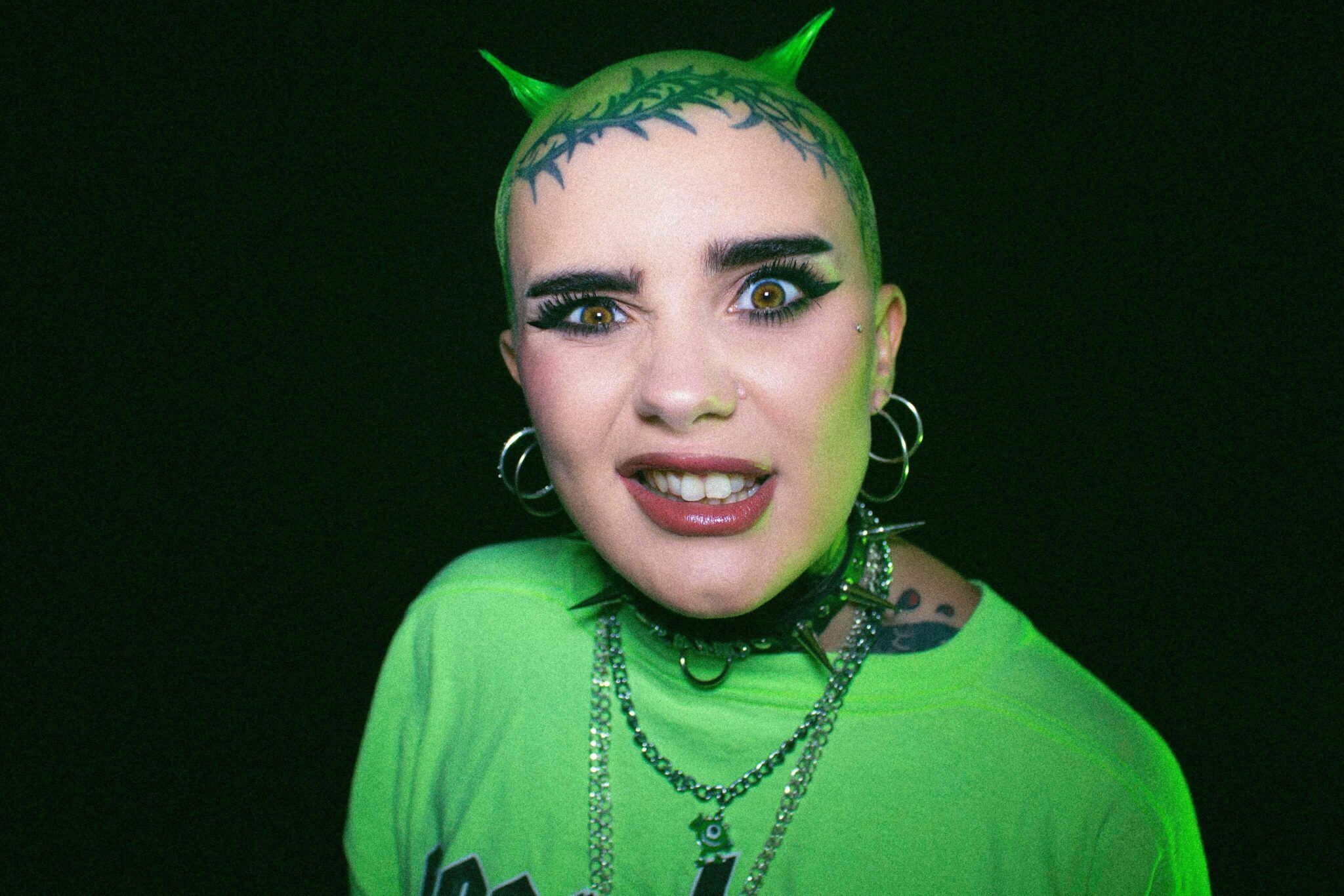