Band of the Month – Sleep Eaters 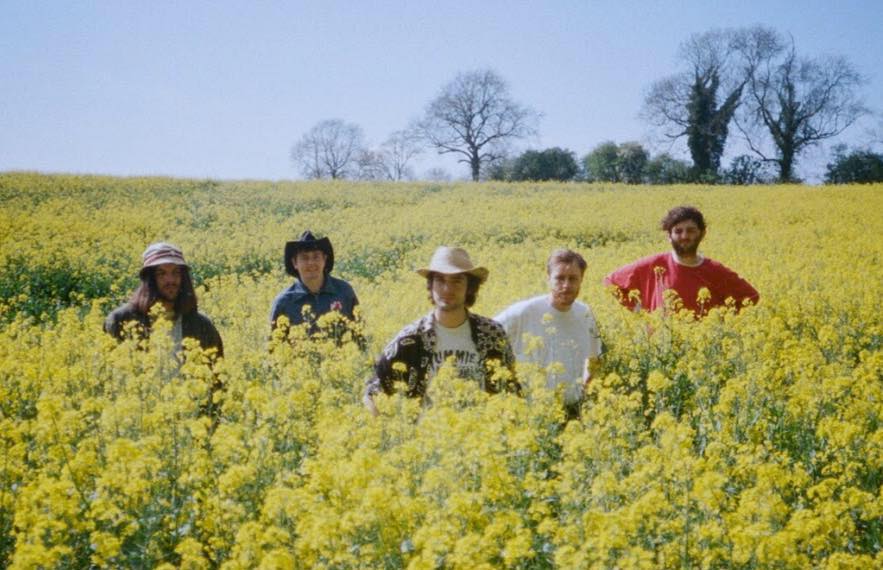 Unable to retract themselves away from their feelings, Sleep Eaters serve you up a slice of reality pie in one swamp-punk wrapped box. Without trying to please anyone, this fivesome are looking to give you a dancingly good time without any wholesomeness because that’s the most authentic way for us sinners to have fun.

After their multiple successes last month, with the release of their second single ‘Don’t Sell Your Soul’ and tour supporting Drahla, Sleep Eaters kicked off June as they mean to go on with a headline single release party at their second home – The Windmill, Brixton. And most recently the band have released their third number ‘Bad Love’, their second release with PNKSLM records. It may come as no surprise then that in honour of their successes only half way through the year Sleep Eaters are Underground’s band of the month for June.

If we go to the band’s humble beginnings, Sleep Eaters were miraculously conceived by brothers Sean and Glenn when they were ripe teens and only performing The Cramps cover songs. Years later into adulthood, and the band are a fivesome having been joined by Danny (who was previously in Whistlejacket), Will – a hot dog at country guitar picking – and lap guitar wizz Declan.

With a name like Sleep Eaters you might imagine that these guys are characters plucked straight out of a sci-fi novel. But don’t get it twisted, this quintet are no passive zombies instead they put genres to the test and challenge orthodox expectations of musical categorisation by being of one of the only country bands in London. Amalgamating classic spaghetti Western motifs with sleazy punk overtones, there is a certain degree at least of being inspired by that cowpunk era which encapsulates bands like the Gun Club and Country Teasers, however they aren’t too crazy about being tied to this label. How they define themselves leans more towards “country garage” which perhaps needs a little less conversation and more listening to in order to fully comprehend. Nonetheless, the band’s ability to create good music seems impossible to suppress no matter what label you apply to it.

Releasing their first single only last year, ‘Ghost on Fire’, Sleep Eaters burst onto the recorded music scene all guns blazing. Full of fast paced rhythms, classic country riffs, and loud lyricism centred around burning desire, the fivesome showed off just how far they can extend post-punk come country and western motifs into the 21st century. Brazen with their country punk combination, this track certainly embodies the force of a new genre of music rising from the ashes of what’s left of the ‘70s/’80s cowpunk movement. In doing so, they debuted with a track that exudes mayhem but is masterfully put together.

Following this was their second release ‘Don’t Sell Your Soul’. Heralding the joining force between punk and Western, the track has a delightful cynicism to it that’s both come-witheringly seductive but comedically sardonic. However, while the ‘Don’t Sell Your Soul’ may read as an evaluation of human conditions such as love, loss and belief, what it really comes down to is the band’s fundamental inability to pull themselves away from just writing about life. And that shouldn’t really be a surprise if we look at the basis of many country tracks, it’s not really about mass oppression or the capitalist agenda but just emotion and lived experiences on a subjective level. By exploring these remits of sensuality, they unintentionally cover topics of sin from being crucified and selling your soul for the right price.

In the lead up to their up coming EP launch, Sleep Eaters have released third single ‘Bad Love’. Not falling out line with their other releases, ‘Bad Love’ is another number riddled with country twangs and emotional pangs. Playing on the more melancholic side of love, the track follows a love affair with a seductress who takes pleasure in tying up her objects of desire and has hell-fire burning in her eyes. Once more sounding like the love child of the Flying Burrito Brothers and The Stooges, the track is certainly an exploration of their punk-blues roots. Ending in a fiery crescendo, ‘Bad Love’ is as sultry and wild as its subject matter that invites you to get a groove on by the end.

In all three releases, as a listener, there is no doubt you’d find something to relate to. In Doing so, Sleep Eaters provide a dark country soundtrack to the emotional tribulations of your life that you didn’t know you needed. And perhaps that’s what makes them so alluring in such a heavily saturated time for new music, whereby this quintet are making music that although perhaps is almost cinematic (like a number you’d expect to hear in an old school John Wayne film or a Tarantino) is also resonating with its listener.

Tantalisingly fun, Sleep Eaters are making music that’s as comfy as a well-worn cowboy boot which has been revamped with some new glittering spurs. It is a total delight to be in Sleep Eaters’ presence whether through recordings or watching them live – which is always an unmissable hoedown full of the likes of London legends such as Pat Lyons and Andy Hank Dog. Keep a beady eye on this fivesome because they’re quick on the draw for success and will no doubt be taking over a saloon near you.

Keep up to date with Sleep Eaters: https://www.facebook.com/sleepeatersband/ 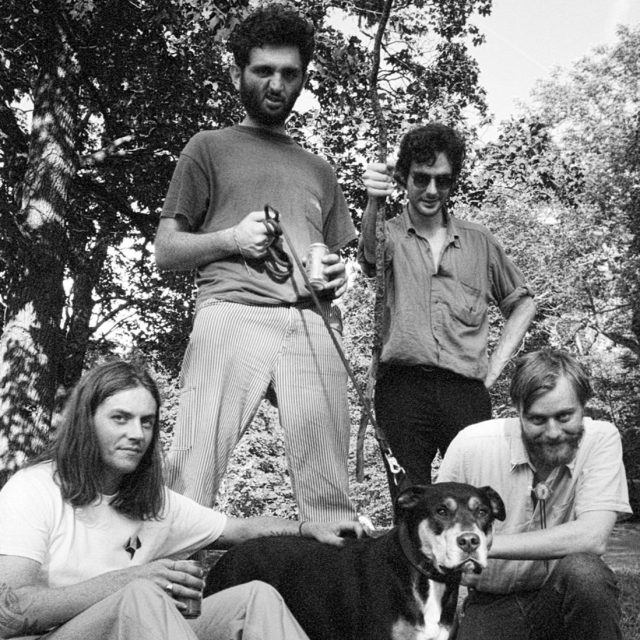