BLUR’S ‘THE UNIVERSAL’: A TRIBUTE TO STANLEY KUBRICK 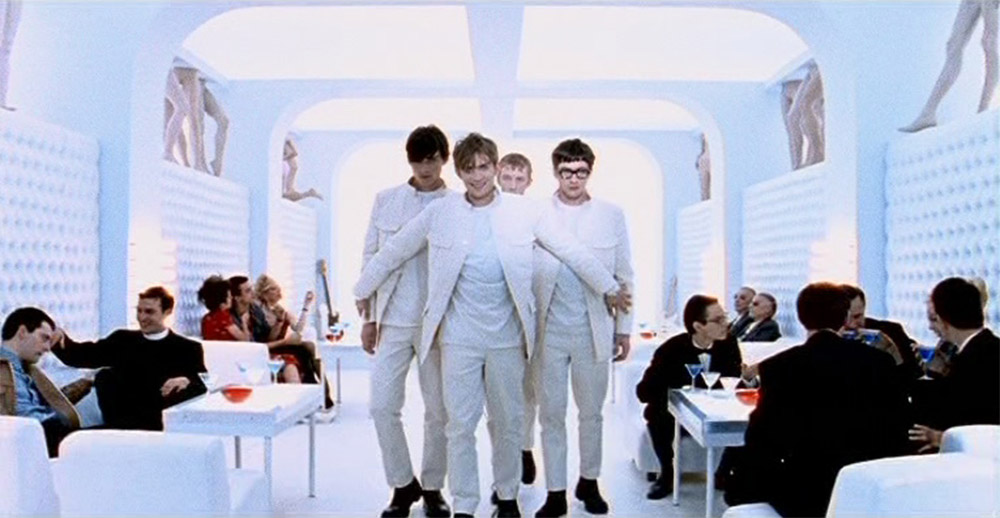 Known most notably for their large presence within the brit-pop scene of the 90s, Blur are Damon Albarn, Alex James, Graham Coxon, and Dave Rowntree. The band are known for the storytelling through their music that often comments on the class divide and socio-political narratives, and ‘The Universal’ was one to do exactly that. Opening with a microphone being plugged into a futuristic speaker, before the scene cuts to the camera panning out on a group of four sat at a table, the band are looking out onto a brightly lit bar filled with punters and walls lined with torso-less mannequins.

The track is the Britpop bands seventh track on their fourth studio album ‘The Great Escape’, which was released in 1995, the single was the second release from the album. Having released on the 13th of November 1995, the video was directed by Jon Glazer (Sexy Beast, Under the Skin). The Director has been known to work on other influential music videos including Radiohead’s ‘Karma Police,’ and Nick Cave and The Bad Seeds’ ‘Into My Arms’. Blur’s The video takes many aesthetic cues from both Stanley Kubrick’s ‘A Clockwork Orange’ and ‘2001: A Space Odyssey’ and acts as a tribute towards the masterful director.

Albarn and the rest of the band are dressed in all-white outfits, similarly to Alex and his Droogs. Albarn wears eyeliner matching Alex’s, sharing an indistinguishable demeanour as the protagonist, as he often turns towards the camera with a crooked smile, staring right through the audience, a nod to ‘The Kubrick Stare’ which is seen in many of his films. This is not where the similarities end though as the opening of the video directly mimics to the start of ‘A Clockwork Orange’ and the infamous milk bar before Alex’s night of “Ultraviolence.”

Violence, however, is not what occurs next, as the band are aware of something far worse that is happening, whilst the patrons are blissfully blinded towards the larger force at play that is warned of within the music video. 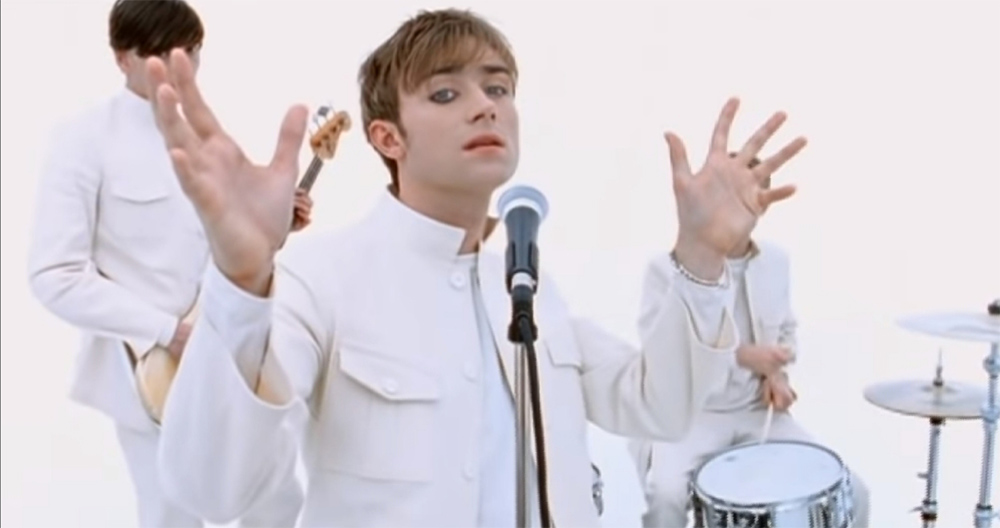 Both the narrative of ‘The Universal’ and ‘A Clockwork Orange’ tell of the character becoming a shell of themselves, something which both Alex and Albarn are aware of. Where Alex loses freedom of choice, Albarn loses the emotional fluidity that is only human. What serves as a commentary on the apathy that society faces as a whole in terms to the modern illness, is told through the drug’s effects – causing no highs or lows within the user, therefore acting as a means of controlling the populous and keeping them docile in this monotonous dystopia. Due to the drug, change is all but non-existent, with every day meaning the same. The chorus contains these lyrical connotations on 21st century life, and that society is unmotivated and not willing to succeed through their own work – the drug serves as this metaphor.

The imagery of the mannequins lining the bar further distil the metaphorical effects of the drug, with the mannequins in this case reflecting the separation of the mind from body that is seen in both the drug and in Alex’s rehabilitation. This leaves both Albarn and the populous within the music video but a mere shell of themselves. Any thoughts are a mere result of the drug, with their minds no longer being their own, however Albarn’s character is aware of this and is desperate to do something to change this. 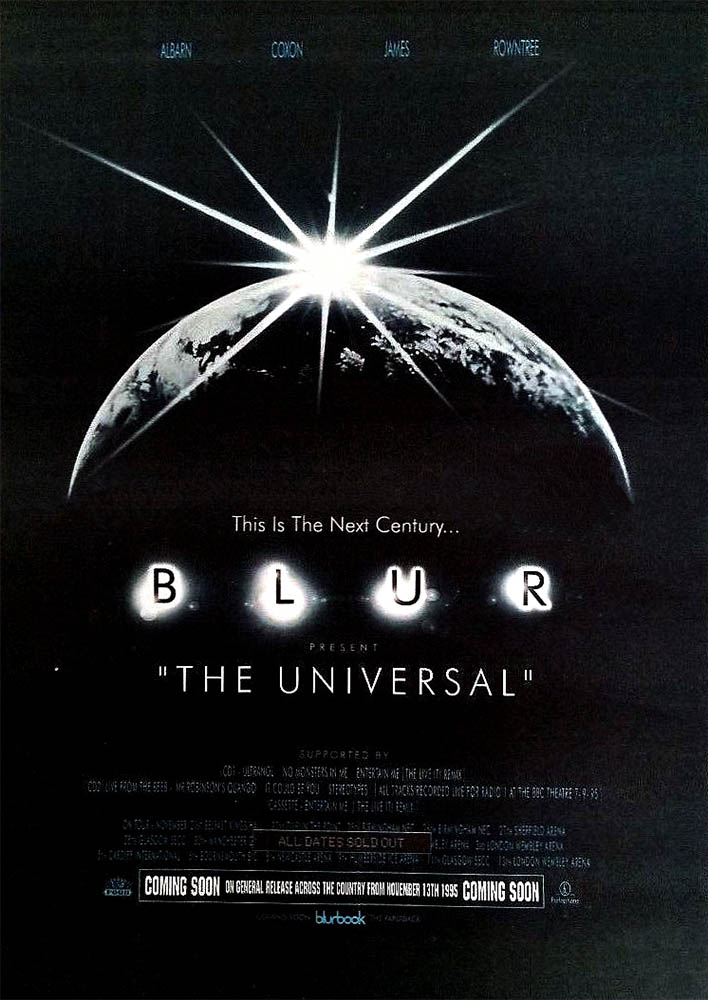 Albarn’s character is most similar to Alex in the third act of the film, he is still at the mercy of the drug, but completely aware of the fact that all of his actions towards his desires are completely out of his control, which is seen in Albarn with his ever twitching and almost split personality. Albarn’s parallel with Alex is one of complete helplessness and which is seen through Albarn’s almost cry for help that the population see what he is seeing past the effects of the drugs, which only falls on apathetic ears. The scenes which cut between the bar and the speaker is Albarn trying to spread said message, with no notice being taken of this deeper than a look of indifference.

Throughout the lyricism, a sense of external control is hinted at, with this almost Orwellian dystopia that is seen through the unknown existence of an ever-present force that is watching every move. Despite being underneath the guise of a music video, the message shown within the video and ‘A Clockwork Orange’ is one that is more than possible. Like the film, the video is grounded thematically, a deeper warning of what could come to fruition, despite the exaggerated nature of dramatisation seen in both the film and Blur’s video.