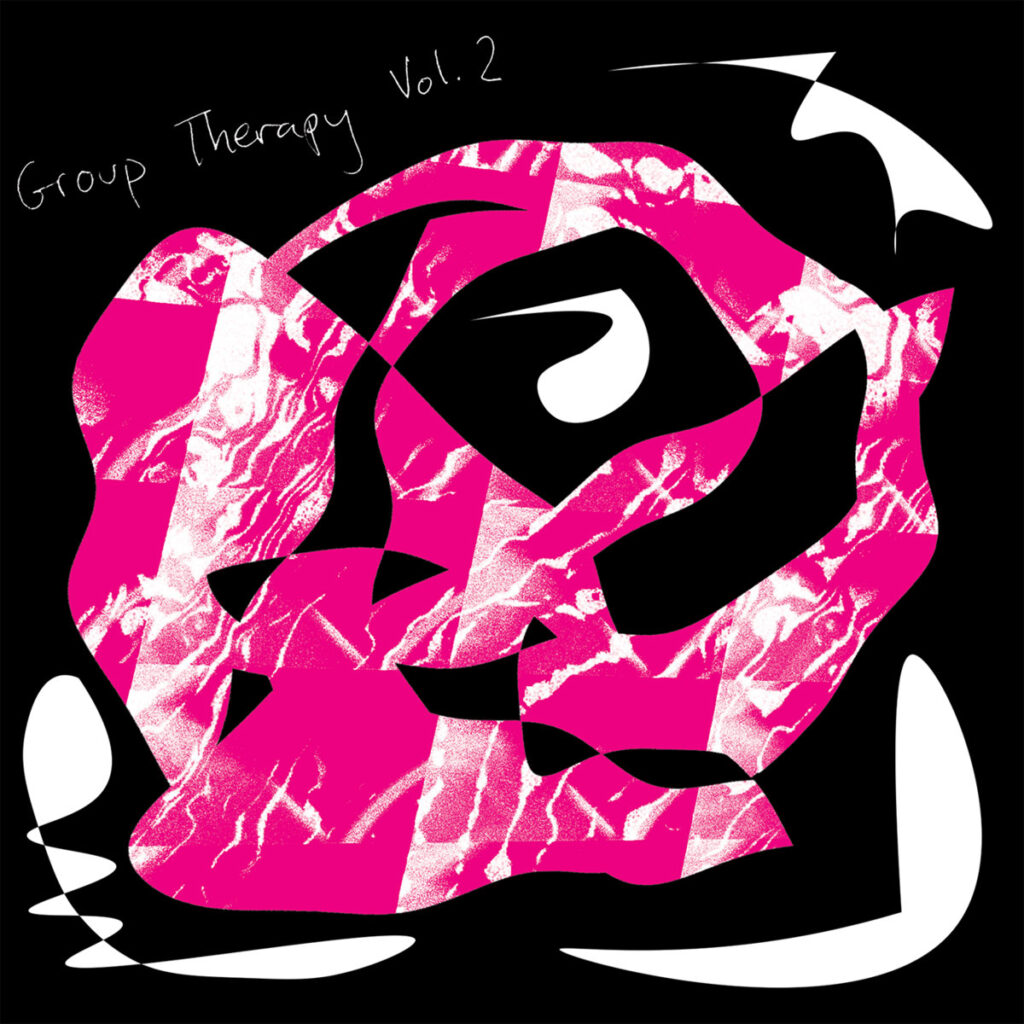 Bootlickers by name, Bootlickers by nature: Underground’s new radio show is all about applauding and advocating creativity; exciting, emerging and experimental. Established as a reaction to the pandemic’s crippling effects on health and creativity, Group Therapy sought to unite an incredible array of artists, giving space to musical endeavours (which rarely see the light of day) and supporting vital charities. Released at the beginning of the month, Group Therapy Volume 2 is abundant with covers, collaborations and demos from the likes of The Orielles, Sinead O’Brien, Crows and Warmduscher, with 100% of proceeds going to Black Minds Matter UK and Help Musicians. The first guests on Bootlickers, we caught up with Ella and Tash, the founders of Group Therapy, to learn about their 54-track-long release and to hear some of their favourite Group Therapy songs. Listen to the first instalment of Bootlickers HERE

When and why did you begin Group Therapy?

Ella: We formed Group Therapy right at the beginning of the first UK lockdown, when things were strange and new and uncertain. It began with myself and Tash reaching out to friends, and friends-of-friends, to ask if they wanted to be involved in a charity release to raise money for the NHS and The Music Venue Trust. We were both working in the music industry right up until that point; everything in that world suddenly stopping – and not returning – was such a frightening concept, so we wanted to make sure we were doing our bit to raise some awareness for what the MVT was campaigning for. We also wanted to raise some money for the NHS as it was such a dire and strained time for our UK health system.

Tash: It was Ella’s brain-spark to begin with, she came up with the idea at the beginning of the pandemic. It’s half about raising money for charities that have been hard hit, and half about providing an outlet for creative people that’ve lacked inspiration in this difficult time. We’re putting out music that may not otherwise have a traditional release route.

Group therapy is such an apt title, in a way, being in a band offers a different sort of group therapy. What does the name mean to you?

E: Shout out to Tash for the name! Being involved in music, releasing it and sharing songs with those around you is a form of therapy to us. Group Therapy feels like many people coming together and sharing something personal and deeply emotional to them (their music) in a space where conversations are going on about topics that feel daunting to tackle as individuals (like our precious grassroots venues not returning post-Covid or the widespread decline in mental health over the last year.) In doing this it’s left us feeling less alone in such a strange and lonely time.

The quantity and quality are overwhelming, with both volumes of Group Therapy you’ve gathered some of the UK’s most phenomenal artists – how did you go about curating and contacting such a multitude of people?

E: We’re so lucky to be working in a time where the music coming from the UK is exceptionally diverse and wonderful! For Volume One we mainly reached out to friends, bands I had played with before, bands Tash had worked with and so on – we pulled in a lot of favours! For Volume Two we were able to reach out to artists we didn’t know personally but just loved their music and we were so happy to hear back with such enthusiasm from so many of them! We both love discovering new artists all the time so we spent a lot of time trawling through Bandcamp and Soundcloud for the compilations.

T: Ella’s in PVA (and ZZ Bop on the release!) and I work in management, so we’re both immersed in that world. The response was really heart-warming, everyone was really up for it. We already have a list for Volume 3, we’d love to get it out before the end of the year! We’re also working on doing some events-based, real-life things…

The track listing is seamless, how on Earth did you put over 50 songs into a cohesive order?

T: That was all Ella, she has such an incredible ear for these things! She mastered all the tracks and did all the design work and artwork for the release too, I’m constantly in awe of her.

E: Over time, the final track list makes itself known. When you’re working on something like this for a few months each track becomes so familiar that when it finally gets round to it, the decisions were second nature. When you’ve listened to most of the tracks about 10 times, you’re able to ‘Tetris’ them together quite easily! 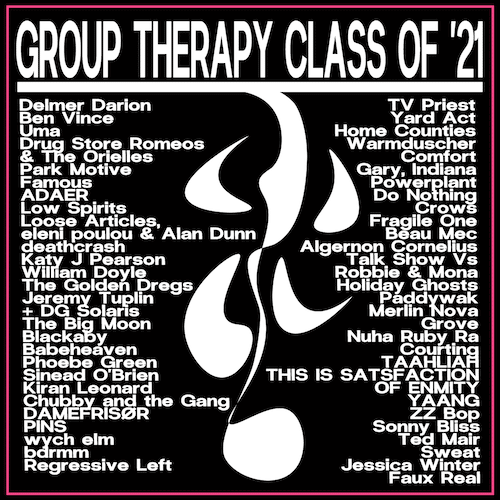 Both volumes are available physically as cassettes – why did you choose this medium?

T: From a practical point of view, with that number of tracks if we were going to put it onto vinyl, you’d end up with 50 discs! Cassette tapes felt like an affordable way to have something tangible; the physicality of it is really special.

E: We love collecting physical releases, being able to own something that you love in this way is such a special way to connect with music. Tapes seemed apt for this sort of DIY release and we had the pleasure of working with the Audio Tape People to bring both volumes to a physical medium.

You’d also put together a series of (online) workshops and masterclasses which offered insights into getting a foot in the door. Have you experienced gate keeping in the music industry?

T: I’ve worked in the music industry since I was 21, I’m 30 now, it is definitely getting better but there are real issues with helping people behind you. Leaving the ladder down; that’s the best phrase for it. Especially being a woman in music, you’re constantly faced with huge amounts of imposter syndrome. I remember with one of my first jobs, I started at the same time as a guy doing a similar job to me and his salary was double mine; there’s been countless situations like that. I’m lucky to work with Jamal who co-founded Route, they’ve been doing an amazing job of creating a fairer music industry.

E: It’s often hard when you’re beginning in music, there’s a lot of pretty straightforward stuff that you’re not told about and is not widely spoken about in general. Demystifying some of these things was a big focus for us, whilst trying to create accessible, safe spaces to ask questions for topics ranging from CV writing to production to live sound engineering. Knowing these things at the beginning of your career greatly reduces the chances of you getting exploited and hopefully encourages more people from diverse backgrounds to get involved in the music industry and also is just interesting to learn about!

Jessica Winter beautifully summarised, on the volume’s liner notes, that “the music industry is anxiety-inducing enough let alone trying to continue during a pandemic; by the time our freedom is returned, we would have watched our community cease to exist and seen our favourite local venues close permanently.” You both work in the music industry – would you say that your mental health has been greatly impacted by lockdown?

E: Definitely, my band lost out on a lot of really exciting show opportunities in the first 6 months of lockdown, it felt like everything was being cancelled. Then all my favourite places that I had shared so many special moments with my friends that I could no longer see were posting about their risk of closing down. It felt like such a crisis point for our community, echoed by the country falling into a time of great uncertainty and chaos. It was all quite a lot. I’ve being trying to practice a bit more positivity now though, and it gives me hope to see so many people coming together to support our community. We have a real chance now to build a newer, brighter future for the music industry, one in which we all are able to share our fears and concerns and our joys and triumphs, together. 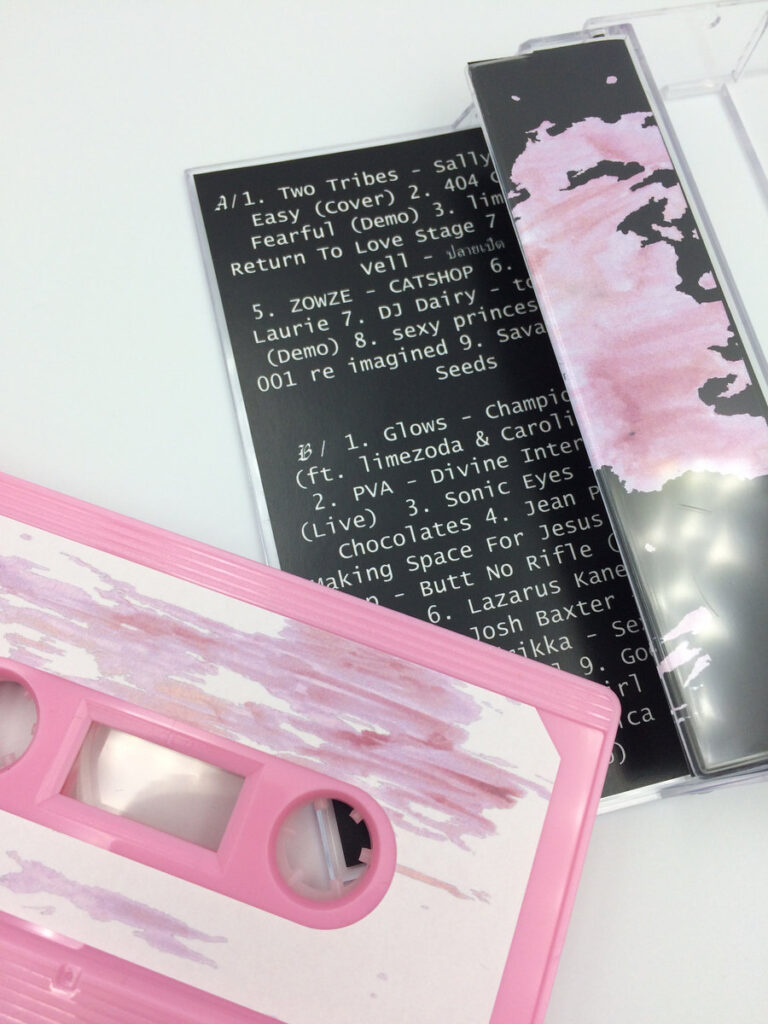