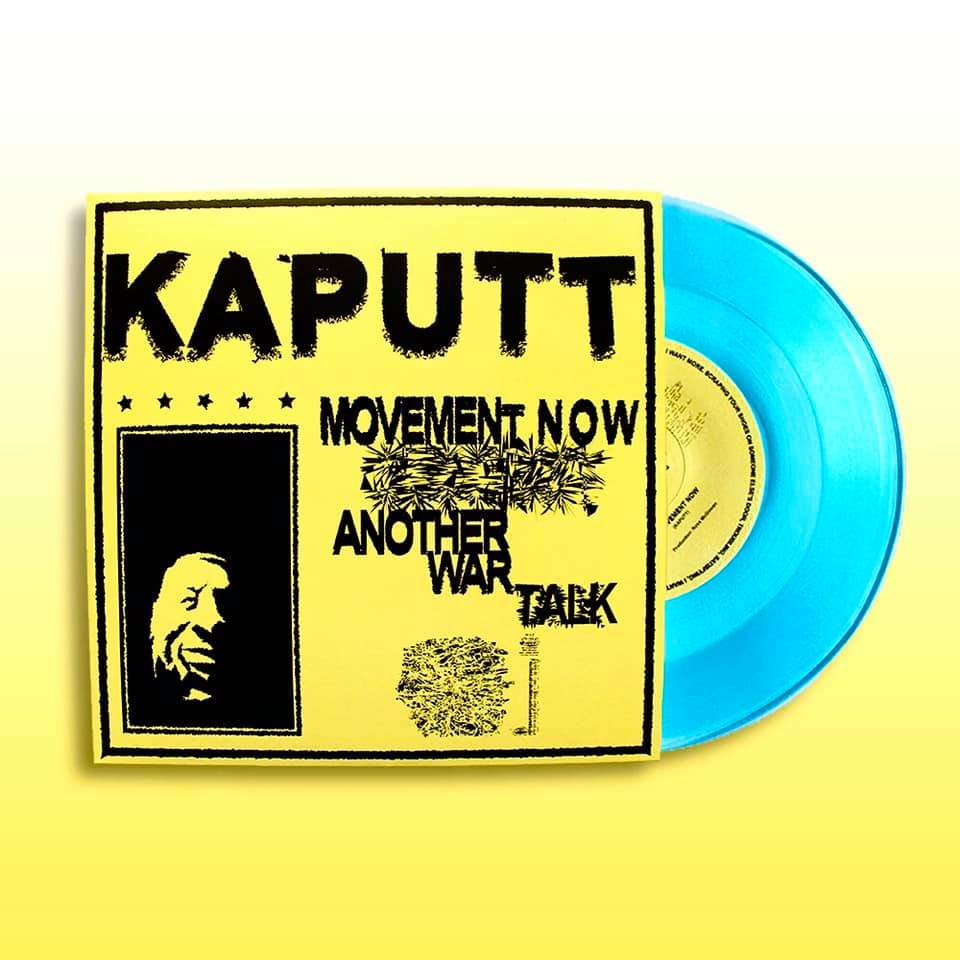 Bootlickers by name, Bootlickers by nature: Underground’s new radio show is all about applauding and advocating creativity; exciting, emerging and experimental. Our second bootlicking guests are Glasgow-based experimental sextet Kaputt, whose phenomenal new EP ‘Movement Now/Another War Talk’ is out today. A mire of baritone vocals, frenetic saxophone and tangled guitar, this EP sees Kaputt surge to an exhilaration that’ll influence their upcoming album. We caught up with Cal and Tobias of the band to discuss their peculiar production process and the importance of making room for Outsider Art. Listen to the second instalment of Bootlickers on 18th of May 2-4PM on Soho Radio’s Culture Channel to hear more from Kaputt and their eclectic musical influences.

When and why did Kaputt come into being?

Cal: “When” is 2017; “Why” is more abstract! I was writing songs around that time and wanted to express things in a different way so I started a new band. It was me and Chrissy (saxophonist) first with a drum machine and then it built up over 4 or 5 months.

Tobias: I was a late bloomer! I managed to get Cal a job when he needed work, he said he started a band and I asked if he needed someone to play guitar or drums (which are the things I knew how to do) but a few months later he said he needed a bassist. I couldn’t play bass but here we are!

There’s 6 of you in the band, how you do include everyone’s artistic input without compromising a cohesive sound?

C: In terms of the process, I’ll normally write a demo with approximations of parts and then the band will do whatever they want to do with it; often something completely different. I lay out the skeleton and then the others fill in the colour. Everyone gets a bit of themselves in there but it isn’t a complete creative free for all!

Is the EP how you envisaged it being when you sat down to write and create it; have the songs gone through many incarnations?

C: The process for making this song was that we’ve actually never played it all together as a band! We went in the studio one at a time and built it in layers. It was to do with Covid safety but it created a really interesting dynamic that was more open than what we were previously used to. It allowed us to be more experimental, so, we’re going to do the full record like that.Everyone can go and do what they want individually and we’ll chop and paste it after. It’s been surprising but really fun!

T: It’s become a lot more internet-based; sending a lot of demos and passing things around. Recording these two singles kicked that stagnation up the arse and gave us motivation for further down the line.

C: What’s more interesting to me now is if the lines become blurred and the songs take on a more abstract form. It’s given me, personally, a new lease of life for the project because it was quite difficult to see where it would go in the lockdown and everything.

Musically, the EP is fuller and heavier than your earlier releases, is this the direction we can expect future tracks to follow in?

T: Cal and I spent some time in Australia and we played ‘Movement Now’ with a totally different group as a punk project and then we bought it back to the band.

C: Because it had lots of drum machines and heavy synths, I didn’t see a way where it could effectively transition into a band-orientated song but then, after the experience of playing it in Australia, it became clear that we could do a better version of it.

T: It totally shaped the way the record will be too… to the initial dismay of our band mates who thought it didn’t sound like us!

Lyrically too you’ve gone from a more intimate and immediate subject matter – e.g. your grandfather’s nose! – to a wider scope. Movement Now is about hard borders the lack of free movement in the UK – do you think it’s an artist’s duty to comment politically?

C: I think that everyone should be able to express themselves in whatever way they see fit; I don’t think anyone has a patent on how anyone else can express themselves. I resonate with music that goes down that route, especially with the time we’re living in. Writing a song is an incredibly personal thing, there’s plenty of amazing folk musicians that write about themselves but are saying so much more than that

Movement Now also holds lyrical parallels about your own “personal resentment about movement” in regards to people suddenly discovering Glasgow. What do you make of all the emphasis on the ‘Glasgow scene’ in the music press of late?

C: Its weird when you’re inside it vs. a narrative that other people construct. I see lots of things that are being done in Glasgow that seem to go unnoticed that are amazing; it’s hard when people put a lens on a place where you’re from when there are people struggling. I think that there is enough room for everyone but I don’t think there is enough room for true Outsider Art. There’s a very specific correlation between different kinds of management and representation to what is then represented as the “scene.”

T: Sometimes we have a laugh because people say they’re part of the scene and we wonder “Where were you at all the shows?!”

C: It’s where the power lies that needs to be addressed – not the people making or creating – it’s the way the structures then package something in a very presentable format.

You’re signed to Upset the Rhythm who, as well as being a record label are a live music promotions company. The live sphere is arguably what best represents Kaputt but it must be strange being unable to immediately promote the EP on the road. Has events of the past year altered the way you approach your music?

T: When you’re playing shows, you’re thinking about curating a set, now we’re thinking about curating an album and a finished product, we want to make something that is succinct and concise. We’ll work out the teething problems when we have to do it live; it takes off the pressure off now and adds it on later: it’s a perfect dichotomy to work with.

C: People can tell if there’s tension. If you go and see something live and you can see there is real effort to hold it together, I think that makes a really nice community dynamic with an audience. That’s something we’re constantly trying to create because it they weren’t there then there’s no point in us being there! It’s essentially all about the community; it’s all about people.

What’s next for Kaputt?

C: We’re starting the album in a couple of weeks. We’ve got an age range spanning a 10-year gap between us, everyone’s got very different lives and so we’re recording at the end of each month for a number of months to fit around schedules but also to give new songs breathing space.

T: After the album we’ll get some tours in, there’s a big project we’re working on which is film-based and hopefully once that comes together, they’ll be some proper shows! 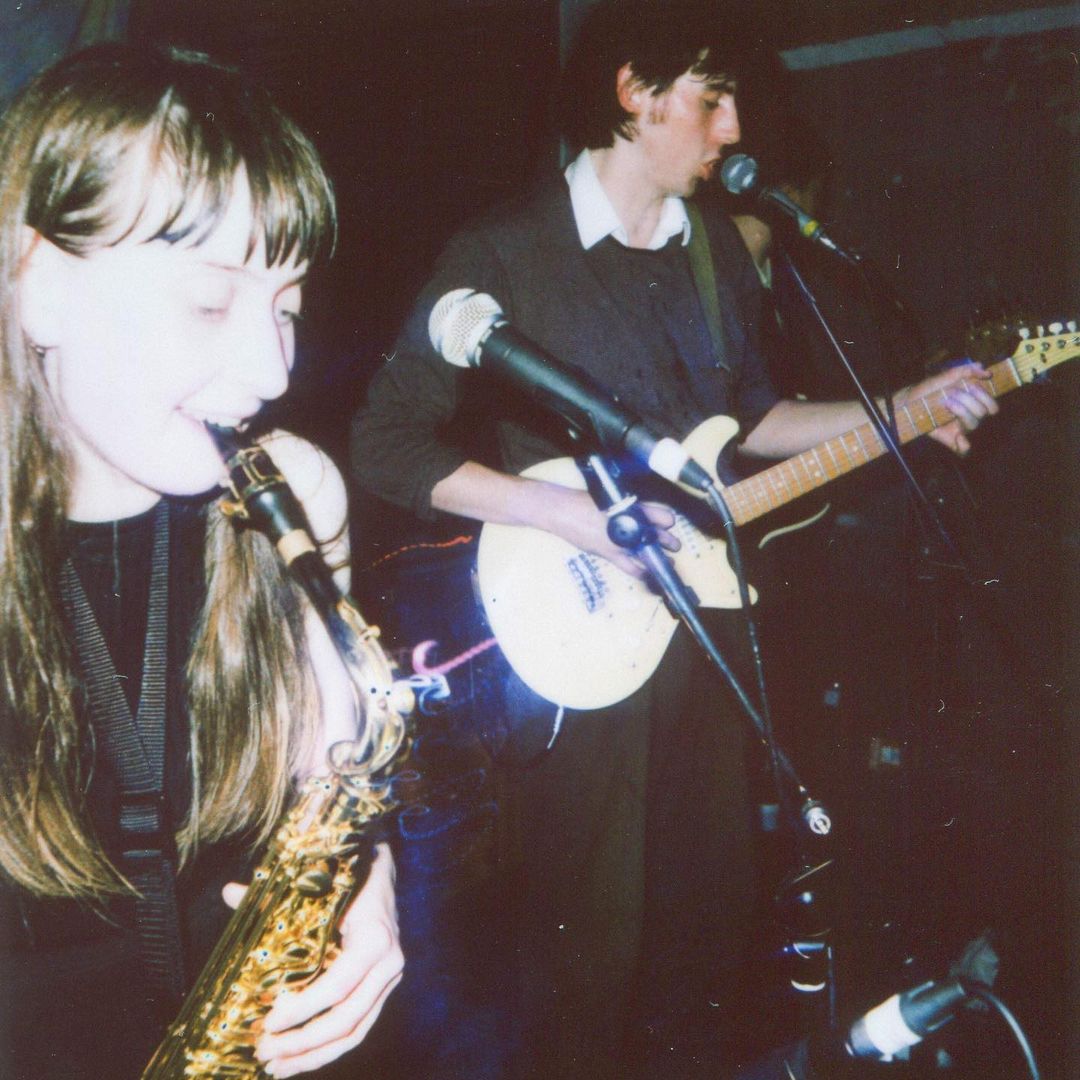