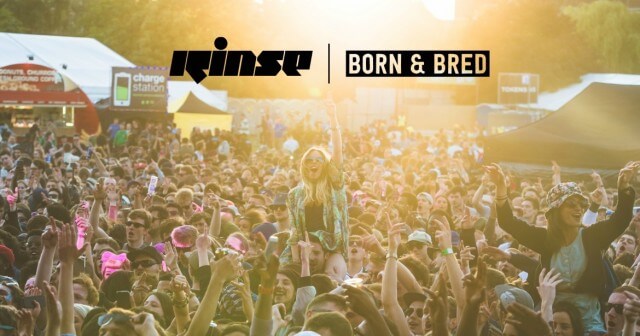 East London is the scene to be seen at this summer, as Rinse FM and Found Series are back at it again with the Born &amp; Bred Festival 2016. If you feel like putting your weekend to good use by basking in that grimy London sound, then this is where you need to be. A celebration of London’s club culture and radio, the festivities take place this weekend on Saturday 4th June and Sunday 5th June and it was so good last year that this time around they added an extra day!


The festival highlights the influence of London bred music worldwide bringing together the veterans and new artists to serve up a massive dose of grime, hip hop, house, garage and more! Headlining on Saturday is none other than the Godfather of Grime himself, Wiley, accompanied by Slimzee giving you that OG Grime. If you’re ready to see what the next generation of grime has to offer, Saturday sees the likes of AJ Tracey, Lady Leshurr and Bugzy Malone. Join in on the Sunday with Novelist serving up that ruff sound. Also performing at the show are the likes of Ghetts, DJ Logan Sama, Murlo, Bugzy Malone and BBK member, Jammer. Famed London club nights such as Livin’ Proof and FWD will be taking over stage areas with their fire sets. It is the ultimate gathering of grime, in one place only. Our only question now is “who’s going to replace Azealia Banks?!”

If we’ve peaked your interest enough, then go ahead and mark the date in your calendar and Google directions to Haggerston Park in Hackney, London immediately. Go on, we’ll wait.