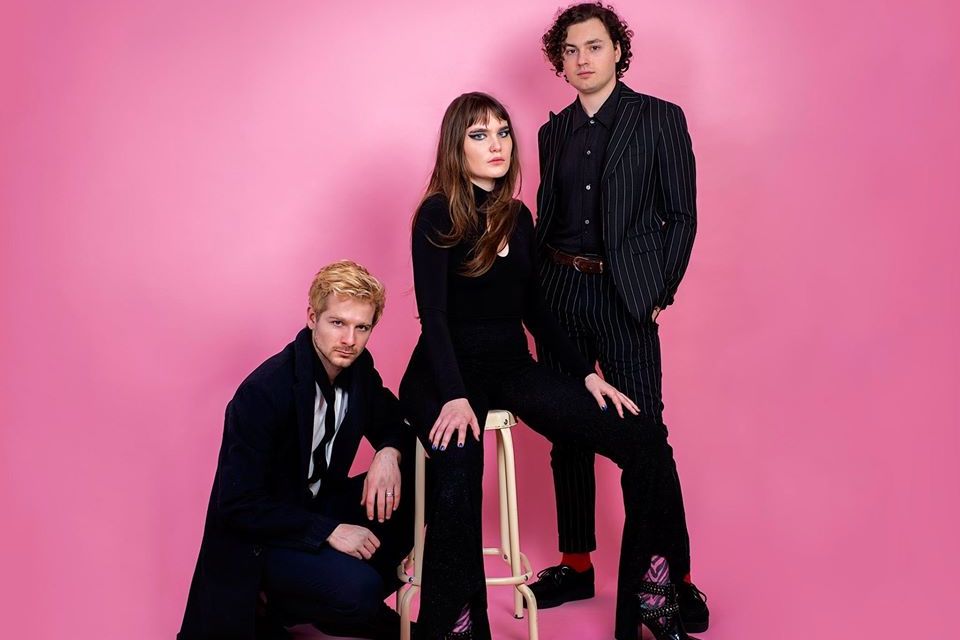 Deliciously snappy melodies with a loud bang, Calva Louise have introduced a heavy streak of blistering electro-pop-rock with their latest single ‘POP(urrí)’. Since their first EP Rhinoceros, the trio has established a pattern of high-octane anthems sung in half Spanish and half English, precisely combined to create a mildly seductive and fully anarchic rock sound.

Calva Louise comprise of vocalist/guitarist Jess Allanic, bassist Alizon Taho and drummer Ben Parker. While 16-year-old Jess and Alizon became friends at school, the two later crossed paths with Ben in London in 2016 and formed Calva Louise. Since then, the band continues to carve out their sound by melding electronic, pop rock and visual arts in their music. With tracks like ‘Belicoso’ and ‘Camino’, Calva Louise offer listeners a rolling and expansive musical journey filled with pulsing synth and pumping rhythms.

Having announced the release of their forthcoming EP POPURRÍ due 16 July, we spoke with vocalist/guitarist Jess Allanic about the beauty of bilingual songwriting, drawing her own comic book, as well as her favourite graphic novels and sci-fi films. 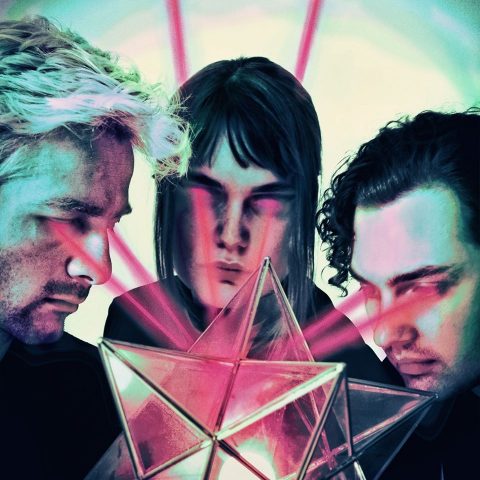 An interview with Jess Allanic from Calva Louise

Use 3 words to describe Calva Louise’s music and aesthetic.

Do you think it’s difficult to be the band’s charismatic frontwoman?

I think that depends on the relationship we have with our audience as a band. When there’s a great atmosphere going on both sides, it’s very easy to connect by sharing authentic and funny moments!

What kinds of creative roles does everyone play?

It’s always a bit different but usually I write the songs and then with Alizon and Ben we arrange them for live. We all have a creative input.

What is the main focus or theme(s) of your forthcoming EP POPURRÍ?

It’s a bit of a challenge to explain our identity as human beings, that we’re free to choose a path; or to follow our intuitive will, without fear. But we do feel that being unique is kind of an opportunity to reach our dreams. That’s what POPURRÍ is all about. It is alright to feel different because we don’t have to agree with trends to become somebody.

Coming from Venezuela, you’re able to deliver your songs in both English and Spanish. Why do you choose to do it and what do you love about it?

The Spanish bits are not there because it’s my native language. They are there because it’s a way to explore and express new ideas and sounds that can reach to more young people, such as those in Latin America who love British music. We feel that we are a generation living in a world as a cultural popurrí.

I think if people connect to the music, then the lyrics can be understood one way or another. That’s what happens in non-English-speaking countries. You understand the meaning of the song even though you don’t understand exactly what the lyrics say, but then you go on Google Translate and take a closer look at it. That’s partially how I learnt English!

I know Jess you’re a big fan of graphic novels, has it in any way inspired your music?

I wrote and drew our own comic book, Rhinoceros, before writing the music on our EP with the same title. I wanted to intertwine each song with the chapters of the book. The most important part for me was adapting the story to create the lyrics for each song. We’ve realised that the people who enjoy our music and also graphic novels seem very interested in understanding our stories. So that has been a big push for us to keep mixing different mediums!

Can you tell us more about that aspect of your artistic journey?

I spent a lot of my teenage years in my local comic book shop reading and admiring many graphic novels. I then decided to draw my school friends as the characters of a comic and kept doing more and more pages that I have been compiling over the years. As the songs were inspired by these stories, I decided to adjust them to make ten chapters. This has really opened a door for us, inspiring us to start doing everything we could by ourselves. That includes all the merch and artworks, but also things like our pedals, mics and even pedalboards and stage props, which are made by Alizon.

What are some of your biggest influences in terms of cartoonists and graphic artists?

I’ve always had a big love for artists like James O’Barr, Frank Miller and Sean Murphy, who write and draw everything themselves. The Crow was a big inspiration for me but also graphic novels like Locke & Key, which I had to read in its entirety at the comic book shop. Scalped, American Vampire, Punk Rock Jesus, Orchid and The Umbrella Academy all had a big impact on me. I’ve also always been in awe of Alex Ross’ drawings and illustrations.

Calva Louise also have quite an “avant-garde rocker” look, how do you go about styling yourself?

We have some help from Bobby of Strange Bones! We try our best to look smart for gigs and he helps us experiment with style. And I have always loved Nina Hagen’s make-up style, so I always get inspired by her.

It seems that everyone is giving out their recommendation of books, films and music during this lockdown, would you like to share some with us as well?

Films like “Dune”, “Tron”, “They Live”, “Blade Runner” and “Mandy” developed our love for Sci-fi. We are also huge fans of the universes created by the French graphic artists Moebius and Philippe Druillet.