CARA HART: AN INTERVIEW WITH THE MADRID BORN SINGER ON BREAKING THE MOULD 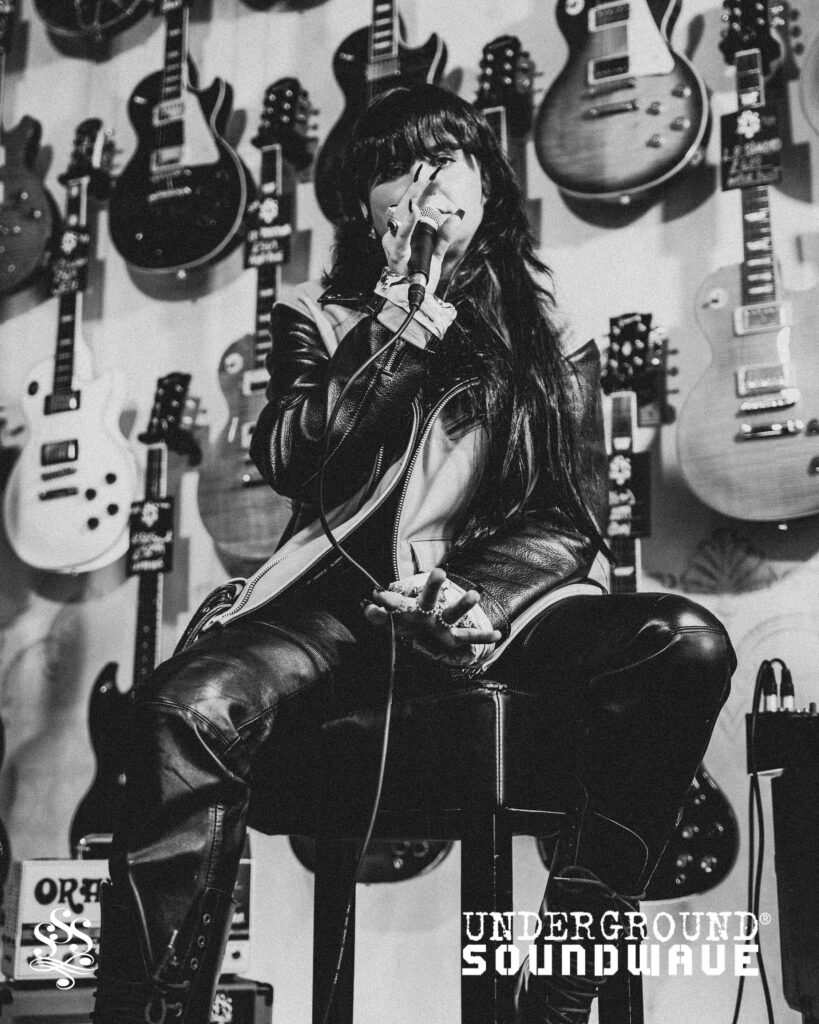 Being born in Madrid before moving to America, Cara Hart who now resides in London is making waves within the alternative pop scene. Having featured in Noctis, Notion, and Metal Magazine, she is blending both pop hooks with an avant garde sound to create music. Before her Underground Soundwave Session, we were fortunate sit down with Cara to talk about finding her self-identity, her role models, and the emotionalism that has inspired her upcoming album.

As your childhood was frantic, moving about within Spain before heading to America, did this cause somewhat of a cultural identity crisis, with two very different cultures being right at your doorstep?

So, this is a funny story, because I was born in Barcelona and raised in Madrid but moved around a lot spending long periods of time on the east coast and eventually moving to LA. It can get confusing sometimes so I understand how it could get muddled up but yeah, I was born in Spain.  Someone said I was born in NY once and someone else said I was raised in Barcelona, so I feel like everybody else embodied that identity crisis for me. I’m just an international mystery I guess, doesn’t really faze me, I love my two cultures and if anything I used it to my advantage. I got away with a lot.

Is discovery of your self-identity something you still struggle with?

I definitely don’t feel like it’s something I’m currently struggling with, but it is something that I struggled with recently for sure. Aren’t we always going to have to experience this at some point? We all should experience it. In a way, if you’re not really facing yourself eye to eye trying to peel away the layers of humanity, you wouldn’t be evolving.

You have spoken about how your mum approaches life and pushes through the toughest of situations, is she your role model, and how has she influenced your pursuit of music?

She’s definitely one of the most influential. I guess her persistence and confidence even when she wasn’t confident created mine. Although our life pursuits are completely different, she did the impossible or at least the impossible to do in everybody else’s eyes. So, I watched her, and I learnt to live life by the same rules. I guess it’s going well because every day lately seems to be a glam day. 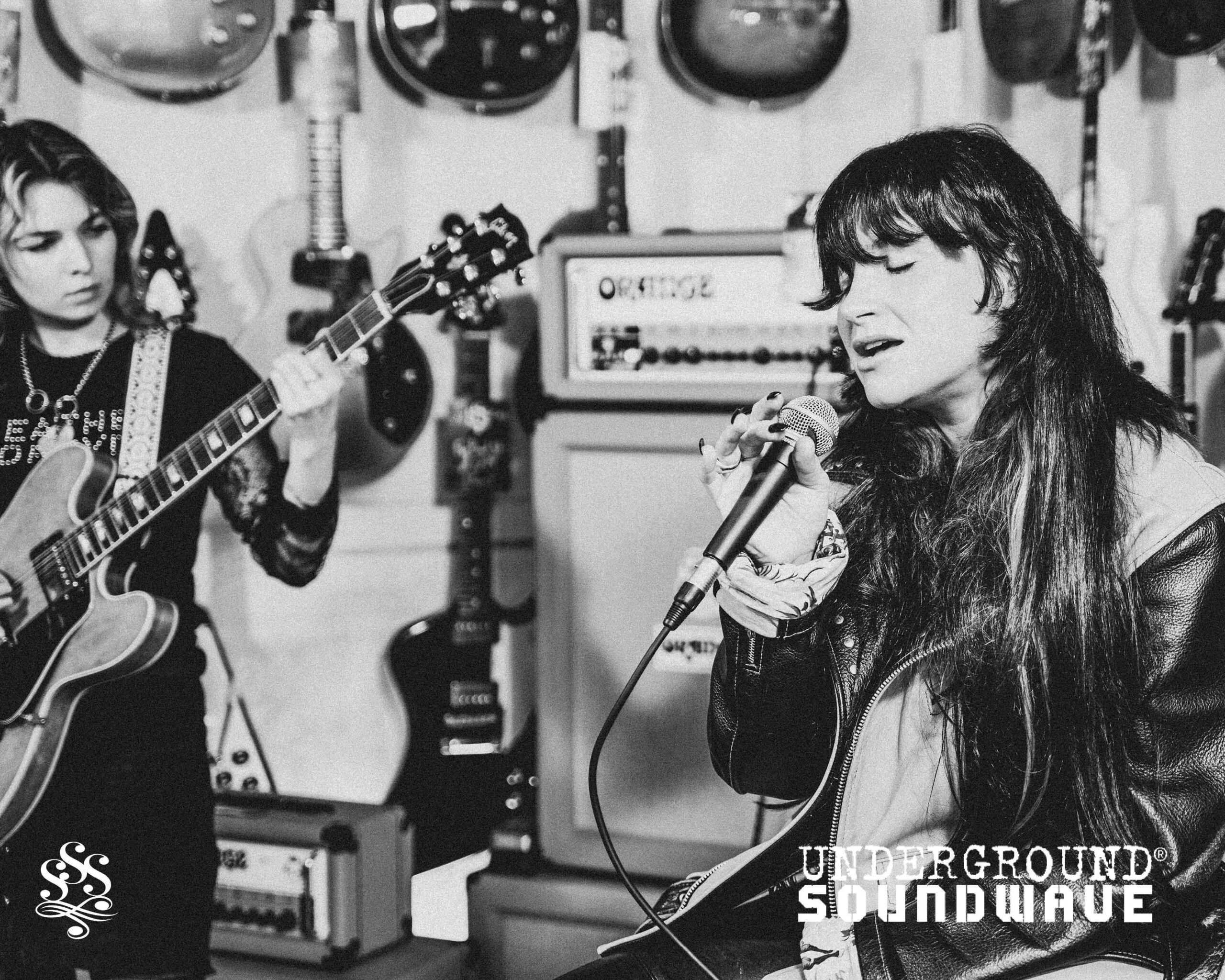 Your Dad was the one who showed you music, with artists including Johnny Cash and Dolly Parton – was this the moment that as a kid you knew music was something you wanted to explore?

Music has always been part of my world; it probably takes up 80% of my mind. It’s been that way since I was very very little. But yes, I don’t think I was fully involved in the idea of exploring music for myself until I was introduced to these iconic artists. I still now keep getting introduced to new music, new art, new modern thinkers, and each introduction brings out a new side of me. I don’t think I’ll ever stop exploring, and I don’t think I will only be exploring the realms of music, eventually I do want to dig deeper into other worlds. And again, one day I’ll also hopefully meet Elon Musk.

Did any of the artists he showed you inspire your sound, and if not than who are your musical influences?

I wouldn’t say these artists are the ones that have influenced the music I’m making now but they were definitely a part of the music I was making once. I have so many different musical influences but I’m currently really into Kim Dracula, ARCA, and the soundtrack of Squid Game. I will say though a lot of my inspirations don’t come from music, but more from experiences, emotions, and art.

At Underground we believe in a freedom of expression – and you have said before that you are someone who isn’t defined by the boxes and rules around us – how important do you think that mindset is both as a creative and as a person?

I don’t think anybody should be placed in a box, whether you’re an artist or not. Boxes are there so that others feel comfortable directing themselves towards you. You see, if you don’t fit in a box, others don’t know where to place you, that makes them uncomfortable, and no one likes to be uncomfortable. But the only real reason they feel uncomfortable is because their subconscious mind is basically being held hostage by the idea of boxes, which only means they’re repressing themselves and mirroring that repression on you. Everyone should honestly just chill out and be free. No boxes please unless they come wrapped in a bow with some pretty shoes inside.

You aren’t afraid to show a raw and vulnerable side of yourself in the music you create – has music both in listening and creation been somewhat of an escape for you?

For those who haven’t listened to ‘Skin, would you mind describing what it is about and the themes that are explored within the song?

Skin is a loss, it is a memory that hurts, a love that is broken, and it is a life that has passed. It’s the liberation of anguish and burdens. It’s pure grief.

On ‘Skin’ you collaborated with 1011, what was this like and is the dynamic of collaborating with an artist something that you want to explore in your future work?

Working with 1011 was a great experience and definitely can’t wait to see what he does down the line. I absolutely want to collaborate with artists, as long as there is respect and understanding I think it will always be a good option, but you know, sometimes those lines can be very thin so being on the same page is KEY. You may find yourself working on a project with somebody that is on a totally different page and before you know it you’ve lost your entire project. 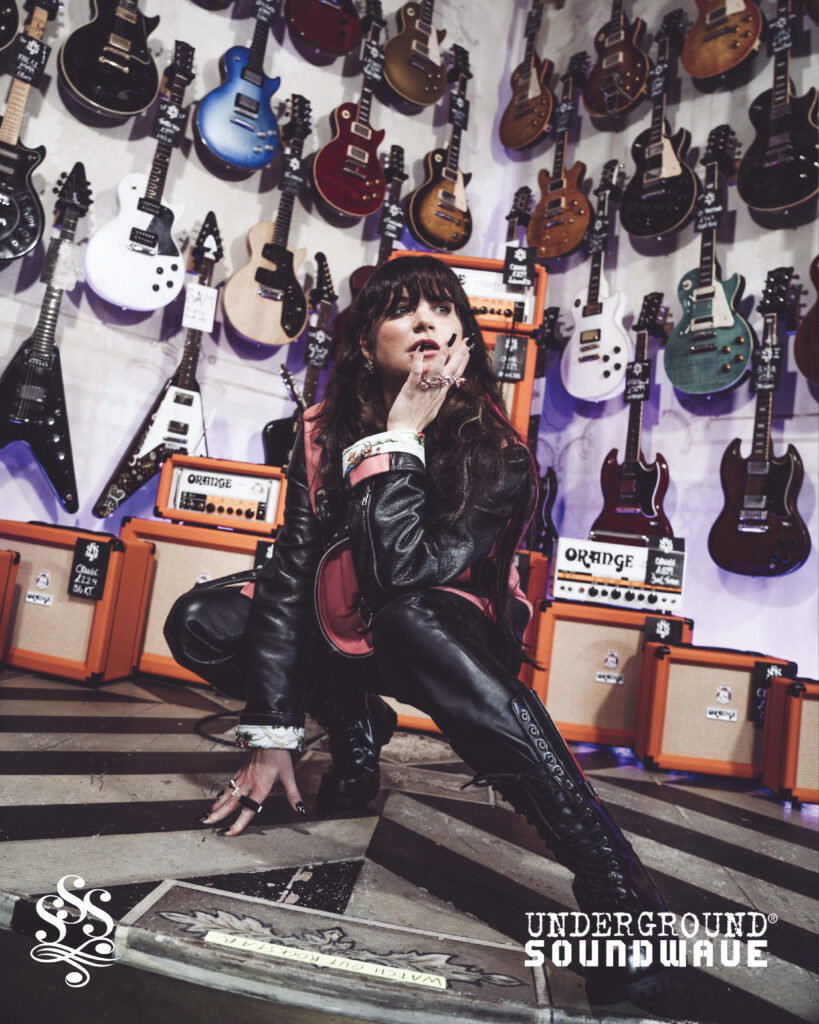 After being picked up by the likes of Notion and Noctis magazine, and attending the Attitude Awards, how does it feel knowing that you are an artist who is gaining traction?

It feels incredible, I love every minute of this journey. I love working and it’s been a continuum for the last few months. SHE is thriving! Once I get in work mode I don’t like things slowing down, so I keep it all rolling. I don’t really do things halfway, so go big or go home. If I wanted to be average, I would have boxed myself.

You have described ‘human emotion’ as the inspiration behind your upcoming debut album, could you share with us the themes and emotions that are explored within the album?

I can say, there’s a lot of attitude in it, some tracks are extremely experimental and others have a pop punk wave to it. I guess the main theme going on throughout the entire album is the relationship with oneself. We forget, but that’s one of the most important relationships we have, and many of us just don’t look at it, take care of it, and nurture it like we should. And when you do, they call it vanity.

With a lot of buzz around you, and projects on the horizon, what is next for Cara Hart?

Lots of things happening, but you’re just going to have to wait and see. What I can and will say though is, buckle up because I am launching a new track.