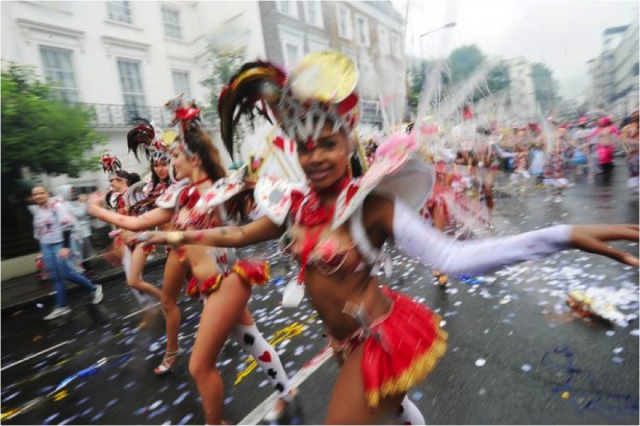 It’s safe to say the UK is home to several Carnivals and we aren’t mad at that. Caribbean people have been emigrating to the UK since the 1950’s when Britain needed a touch of help rebuilding the country after WWII. Since there has been Caribbean people, there has been Caribbean culture and that brings with it the delights of Carnival. No one expected in those days that the cultural influence that came with those first islanders would have probably more influence and a greater contribution than the short term labour fix. The British music culture has been massively influenced and driven by the sound and beats of Reggae, Ska and Dancehall and though to Dub and Grime. The amazing thing about the Islanders is that their cultures and traditions are infectious and everyone wants in. For this reason, British summers are full of Carnivals and festivities that celebrate the tropical islands and bring a bit of sunshine to a not always sunny British island summer.

The Caribbean is made up of an array of islands with their own distinct traditions and cultures and Carnivals are made to celebrate the whole of the West Indies. Smaller islanders refuse to let Jamaican’s upstage them and come out in full force representing their cultures. Trinadadian , Barbadian, St Lucian flags fill the sky and, after around 6pm, they fill the ground too. Horns and whistles become birdsong. Daggering becomes slightly less threatening and people that you would never speak to become your friends. Londoners travelling to the events outside the big city even put down their infamous awkward silences and get friendly!!!! . Once the carnival is wrapped up then its time for the after party.

Coming from a mixed family and being the daughter of a Trinidadian father and a mother born and bred in Kentish Town, the last Sunday and Monday in August are important to me. Notting Hill Carnival is something I look forward to every year because it feels to me like the city is showing its appreciation. It warms me to know that the cultures I know are not only a cause for celebration in London, but nation wide. 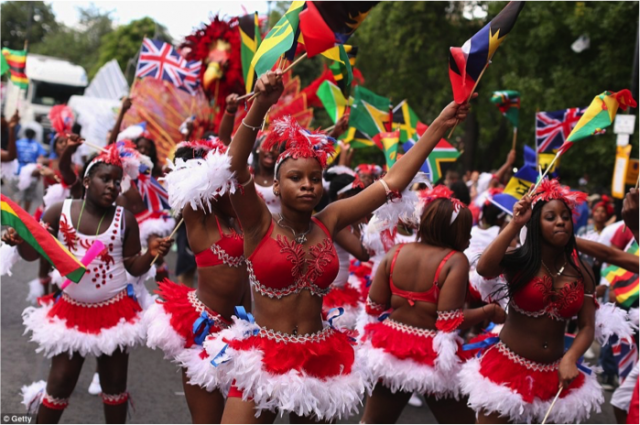 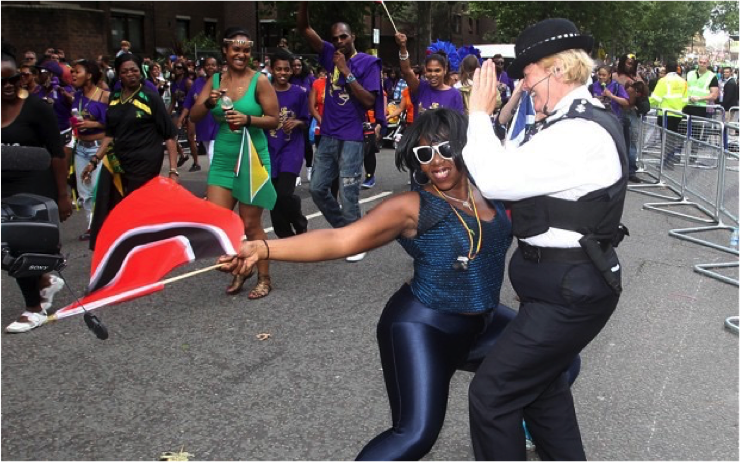 Carnival is sharing the love and enjoying the diverse cultures that surround us here on this island. All of the Carnivals mentioned above have in common a celebration of Caribbean cultures, a parade that brightens the streets and the ability to blossom/reiterate a strong sense of community.
A good site to look up Carnival events in the UK is:  https://www.visitengland.com/things-to-do/festivals-and-carnivals

If you want to get into the Carnival spirit and are interested in joining a Mas band for next years festivities: https://www.itzcaribbean.com/carnival/mas-band/uk-carnival-mas-bands/ 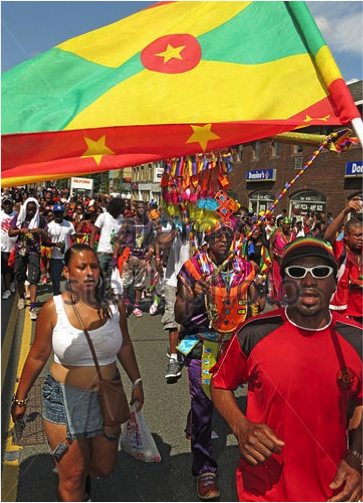