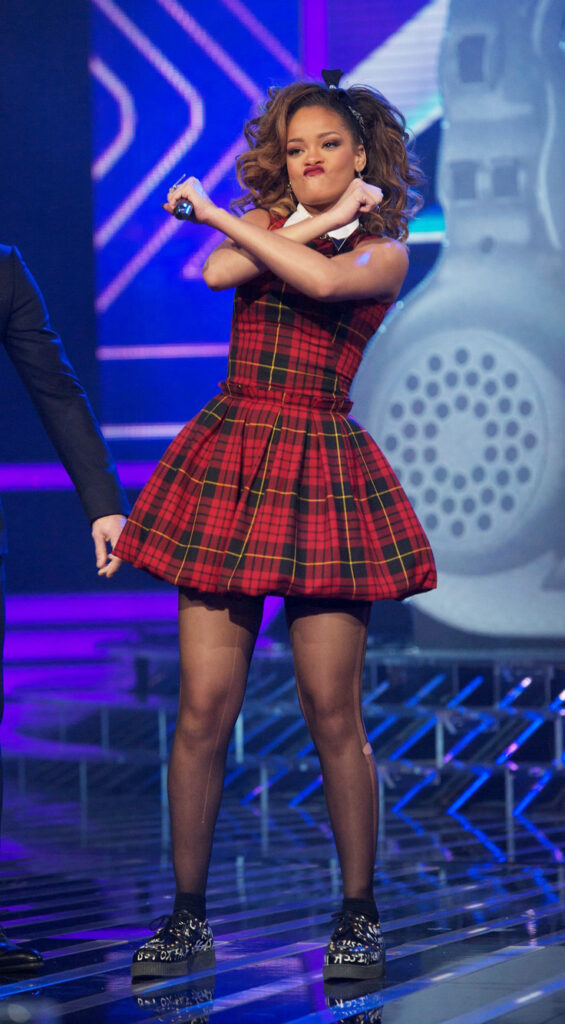 Dancehall is a genre based on the sound that emerged from the streets of Jamaica, Reggae, the mutation of the genre came out of Jamaica in the late 1970’s, soon after the rise of Reggae music in Jamaica and the UK. In the mid 80’s the digital age changed the typical sound of music and Dancehall was no stranger to this, the new digital sound saw Dancehall become characterised by faster beats. Jamaican dance music became recognised worldwide in the 90’s, with songs by Shabba Ranks and Chaka Demus making headlines across the globe. 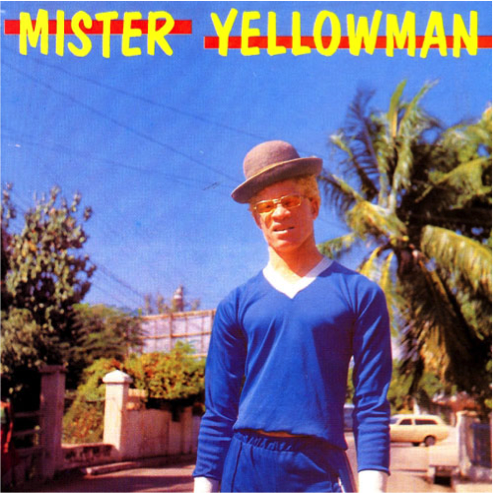 As time passed the social and political messages tied to the genre originally were lost and replaced with talks of sex, violence and generally the type of stuff you wouldn’t want to listen to with your parents. If unsure about this statement please feel free to tune in to any Vybz Kartel song and get back to me.

Along with music, Dancehall created a culture in itself, as the dance scene grew it brought along changes in fashion, particularly for women. At an event; X-rated clothing, nakedness and simulating sex in the form of dancing ‘Passa Passa’ are more than welcome, if not encouraged.

Dancehall has for a long time been outrageous – Who can do what with the most flare? Who has put together the sexiest and most daring outfit? Who can be the most reckless? Bashment, often thought of as a music genre itself, originally came to us as an adjective explaining just how turnt a dance could actually get.

Dancehall made an unforgettable impact on the Pop market in the 2000’s. Singles like ‘Gimme the Light’ and ‘Get Busy’ were huge hits across the UK and US, Sean Paul’s 2002 album and tour ‘Dutty Rock’ cemented his position as a worldwide Pop/Dancehall star. Around this time other artists came to popularity, Elephant man had us jumping ‘pon the river, pon the bank’ – while local girls donned string vests with matching bras beneath and gelled their baby hairs to their foreheads. 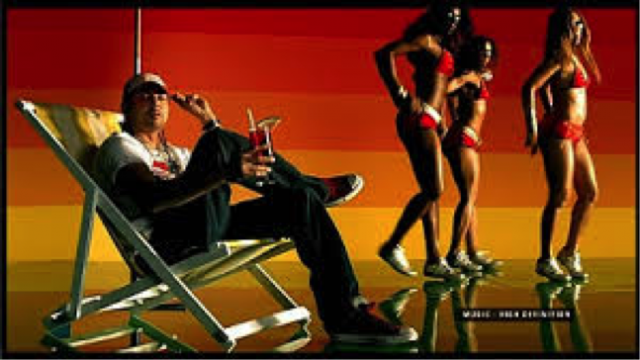 It wasn’t long after the successes of the early 2000’s that Dancehall’s worldwide popularity died down, quickly gone were the days you could catch a Dancehall track complete with overpriced music video on MTV. The genre however continued to be celebrated in Jamaica and hubs of diasporic populations in New York, London and Toronto. Artists Rihanna and Nicki Minaj have consistently shared their Dancehall influence, Nicki’s ‘Hold You’ ft Gyptian, rose to number 1 in the UK charts and of course Rihanna entering fame straight out of Barbados meant her island edge was always apparent. Not to take from the musicians making Dancehall music straight out of Jamaica today, Movado, Vybz Kartel, Popcorn, Konshens and more are Dancehall through and through and have been providing fans with Jamaican dance vibes for decades.

The genre is clear to be coming back in a huge way as we speak. Kranium, popular in the mainstream because of his soul soothing ‘Nobody has to Know’, was last year signed to Atlantic. One of the most streamed tracks of 2015 ‘Cheerleader’ by OMI has an obvious Dancehall flavour and appealed to multiple markets. Major KEY, the much anticipated album of DJ Khaled that has features by most relevant artists of the minute includes Dancehall legend Movado’s track ‘Progress’, one of the only songs on the tape that doesn’t have multiple features. Toronto born rapper Drake is of course after a piece of the Pie and released both ‘Controlla’ and ‘One Dance’ on his 2016 Album Views, both songs did incredibly well. Rihanna’s ‘Work’ also features Drake and comes complete with Dancehall themed vid and slow grinding ‘Passa Passa’ style moves from the stars themselves.

Although the culture of Dancehall is clearly inspiring and catching, there are catches. The more mainstream Dancehall songs go, the less respect earned from the Caribbean community and longtime fans. Mainstream however, makes money. Collaborations between everything from Pop to Dancehall musicians are more common now than ever and the mash up is completely appreciated by us!!

With its large Caribbean demographic, Dancehall , Reggae and Bashments influence on the UK rave scene and club culture has been a natural and obvious by-product for the past 30 years. Though the line between Dancehall and the more aggressive Bashment often blurs, the energetic melody and style of Dancehall is distinct. The clear influences on rave culture in the UK consist of the soundsystems, MCing style from the likes of Det, Navigator, Dynamite MC, and sampling from early 90s genres Jungle, Drum &amp; Bass to Garage. Current sub-cultures and genres such as Grime also borrow elements from Dancehall such as Wiley’s ‘Whim Bumbahole Wan Fe Test’ freestyle and flows from Section Boyz member Inch, new female MC of the moment Steflon Don, producers such as Jamie XX incorporating Dancehall riddims and even street slang. Though a predominantly a black audience, with the support from national DJs such as BBC Radio 1 DJs Rodigan and Toddla T, specialist radio shows on stations such as BBC 1xtra, Capital Xtra and NTS and technological advances e.g. discovering new music on Spotify, iTunes, Youtube – the parallels of audience types are closer than ever due to its accessibility. 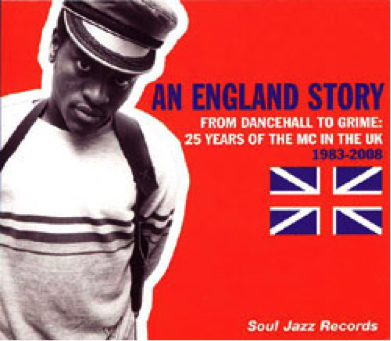 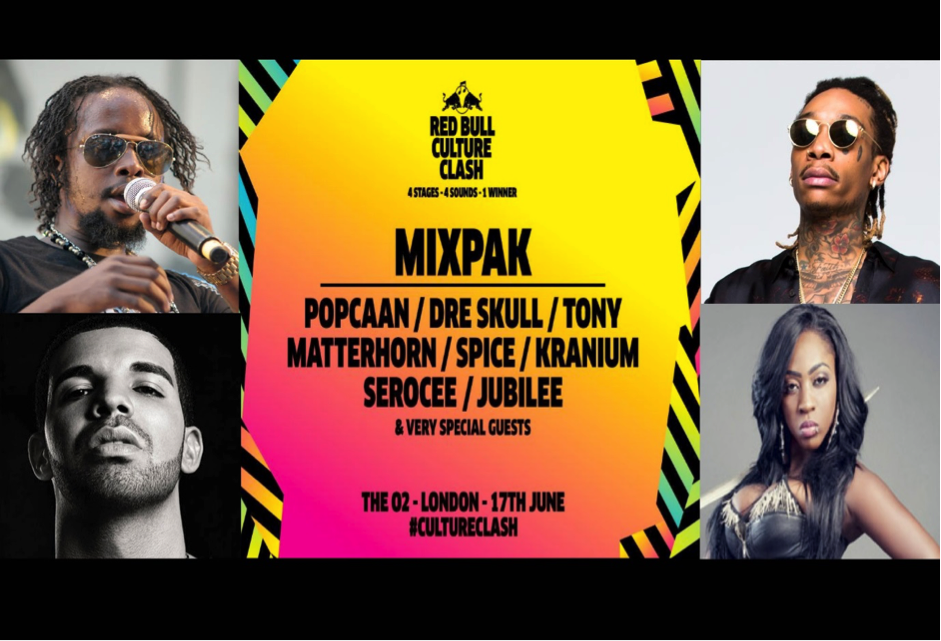 As well the radios bolstering Dancehall, venues across the UK have seen a growth in the demand of concert and club nights with nights such as Hot Wuk thrown by renowned Dancehall and Reggae promotion company Heatwave and we can’t leave out the infamous Notting Hill Carnival. The celebratory street event sees millions flock to West London every year to dance along to the Dancehall centric sound systems. The popularity of the genre also sees artists such as Dancehall’s first lady Lady Chann finding their voice amongst pop mainstream culture. East Londoner Chann has worked with Major Lazer and her international devoted audience allows her to tour around the UK and Europe at notable festivals such as Glastonbury ,itself a credit to the relevance and appeal of Dancehall. True to the Dancehall spirit, music from the likes of Lady Chann and Skibadee embodies sexual prowess reinforced by lyrics and sexually intimidating dance moves but with a positive and fearless undercurrent.

Funky House also falls under the umbrella of sub-genres being influenced by Dancehall, through the stylized female vocals which have recently seen a resurgence thanks to US rapper Drake’s sample of Kyla and Crazy Cousin’s ‘Would you mind’. Unlike Grime which is predominately DJs and MCs clashing, Funky House has revived the rave and club scene due its focus on dancing and direct correlation with Dancehall. Previously, the jury was out on whether Dancehall could be assimilated into British culture rather than an underground niche but with an ever growing scene, social media exposure and international appeal enjoyed by all, it’s looking possible. 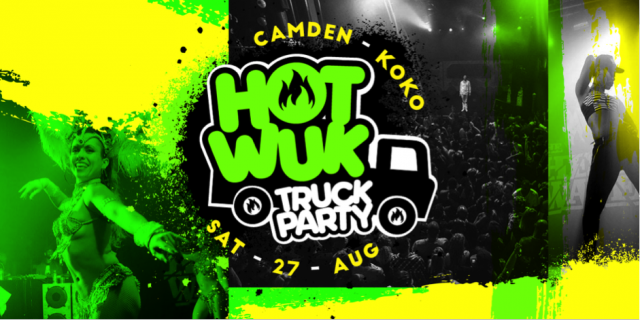