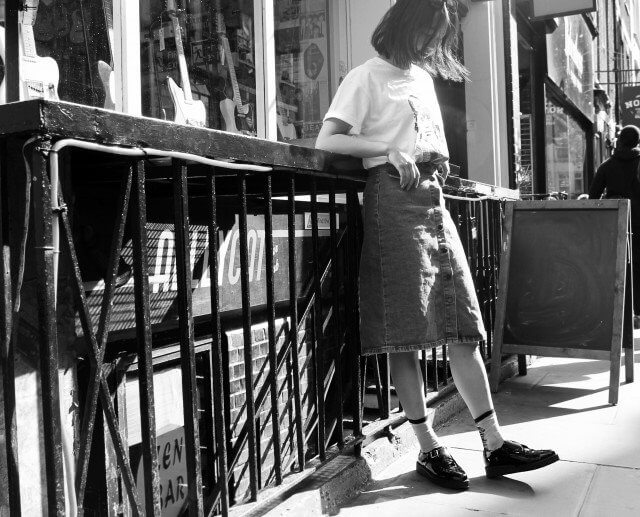 Denmark Street is on the edge of London’s West End running from Charing Cross Road to St Giles. Developed in the late 17th century and named after Prince George of Denmark it was once part of a slum area that was home to the beggars and thieves, sex workers and the poor. A proper Gin Alley it was. In 1837 the whole area was redeveloped to make way for a gentrified West End with just the façade of Denmark Street left in its original form.

The “cleaned up “street became home to metal bashers and to sheet music publishers. The nearby West End theatres and the pubs of Soho were big customers for the sheet music- you can picture the scene as those responsible for the music in the theatres and pubs thumbed their way through the sheets in the style of contemporary DJ’s thumbing through vinyl. 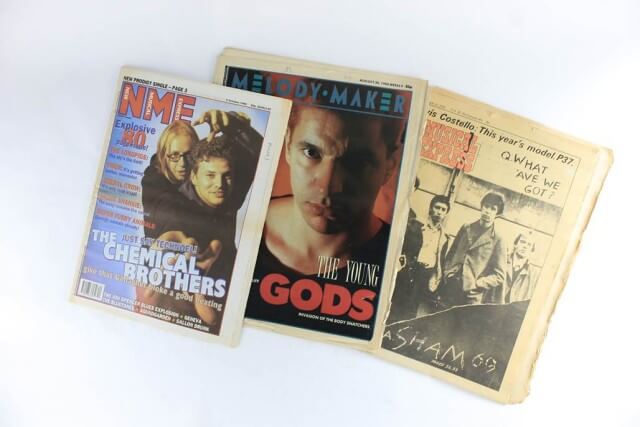 The first actual publisher of sheet music to set up shop in Denmark Street was Lawrence Wright in 1911. Wright then founded the Melody Maker magazine in 1926, mainly as a vehicle to promote his own songs. Soon afterwards the publishers Campbell Connelly moved from Tottenham Court Road to Denmark Street and it began to gain a reputation as London’s Tin Pan Alley, a nickname borrowed from the area around New York’s West 28th Street and/or maybe in reference to the metal bashers that still resided in the street.

By the 1940s most of London’s music publishers were located here and business thrived. The New Musical Express, which became the Melody Maker’s great rival and ultimately absorbed it, was launched at 5 Denmark Street in 1952. Two years later, Ralph Elman, a session violinist, opened a recording studio in the street. Regent Sound followed in 1962 and soon almost every square foot of Denmark Street was devoted to rock and pop music, with publishers, instrument and equipment retailers at street level, repairers in rear workshops and recording studios in basements.

The street was bought up in 1962 by James Baring, An heir to Barings Bank, and a great supported of British subculture and music with the Rolling Stones amongst his many friends. The Rolling Stones subsequently recorded their first album in Denmark Street.

Many of London’s greatest musical acts rehearsed or made early recordings in Denmark Street, including the Kinks, the Small Faces, Black Sabbath, David Bowie and the Sex Pistols. The Sex Pistols not only recorded their but lived at #6 In more recent time Kasabian and Oasis joined the list of the greats that recorded in the street From further afield, Paul Simon, Jimi Hendrix, Stevie Wonder also recorded here. Bob Marley recorded on the street, and it was the place that he bought his first guitar.


Denmark Street is still London’s prime location for the sale and repair of musical instruments. You can still feel the importance of the street as the birthplace of so much in the British music industry. It’s not unusual to bump into the good and the great of the music world on the street.

A blue plaque was unveiled in 2014 commemorating the street’s importance to popular music. That brings us to the main point of the blog. The street is now under threat of redevelopment. The Crossrail development and the reconstruction around it threatens the street as developers look to turn a fast profit on this prime location. The street deserves more than just a blue plaque and a dot on the map as a stopping off point on some form of heritage trail. Denmark Street remains relevant as ever- the real thing in a virtual age, there to inspire a new generation that can try out a guitar and connect firsthand to the scene. If London wants to remain relevant and real then it needs to value and develop the authenticity and originality within the new tech age.


Get across to Denmark Street and take a look and also lend your voice to the campaign to keep the street intact. Go to http://www.savetpa.tk”>www.savetpa.tlk

(SAVE TEN PAN ALLEY) and sign up to the petition.