DESMOND DEKKER – The King Of Ska 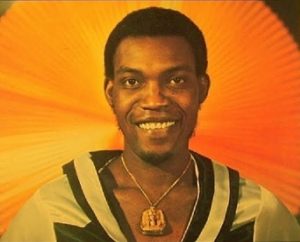 DESMOND DEKKER – THE KING OF SKA

Best known for his international hit- 1968’s ‘Israelites’, Desmond Dekker is fondly famed across the world for being one of the first to bring reggae into mainstream culture. And today- July 15th- would be his 76th birthday.

The story of how this young man from Kingston, Jamaica- then known as Desmond Dacres- got into music is an understated but heart-warming one. Through his work over his lifetime, he greatly affected the way the world opened it’s ears up to music from other cultures.

In his early years, he was regularly exposed to the power and comfort of religious singing after attending church every week with his grandmother. In his future work, religion and morality went on to become a common theme in his songwriting. Yet, what got him into the initial idea of crafting a career from being a musician came from the persuasion of his co-workers at a welding company. They were so galvanised by the capacity of his singing whilst they were working together, they insisted he pursue it until it finally became a reality. He auditioned for a variety of studios across Jamaica, until something gave way. He was awarded his first recording contract with Leslie Kong’s Beverly label.

Unusually, his first record was released two years after this. With the same song he had performed at his original Kong audition, Desmond released ‘Honour Your Mother and Father’ in 1963 which proceeded to become a huge hit in Jamaica. It was not long after this that he became a recognised, respected and established musician within the country, and with the help of four brothers as backing singers, they became known as Desmond Dekker and the Aces.

In these formative years, he worked with a variety of famed musicians, such as the Maytals and Derrick Morgan. Evolving from songs steeped in morality and social issues, he naturally grew to become associated with the Rude Boys. His songs that were released at this point commentated on the negative culture, and often violence, that inhabited the Rude Boys of Jamaica at the time. One hit, ‘007 (Shanty Town)‘ was one such that brought him to the attention of the Mod scene in the U.K.. The song became a Top 15 hit there and tours to the country were reliably populated with appreciative fans.

Things really took off for Desmond in 1968, when ‘Israelites’ was released. The single not only topped the UK Singles Chart the following year, but climbed into the Top Ten in the US- becoming the first truly native Jamaican sound by a Jamaican man to top the American charts.

His career continued to climb in the seventies, when he released the Jimmy Cliff written ‘You Can Have It If You Really Want It’, after reluctantly being persuaded to do so by Leslie Kong. The song charted at No.2 in the UK, and it was at this point he decided to relocate and make his home there.

The influence that Desmond Dekker had on the music industry is greatly significant- allowing the world to hear and acknowledge Jamaican artists with a true reggae sound was a pivotal moment in dictating to how we listen to music internationally. To say he paved the way for future musicians, such as Bob Marley, is an understatement.

With a successful career that spanned many decades, Desmond sadly died of a heart attack in his London home in 2001. His music has and will live on in countries and cultures across the globe, and today we would like to pay our respects to him.