Dive into the Deep, Dark World of Underground Techno with DJ Rebekah 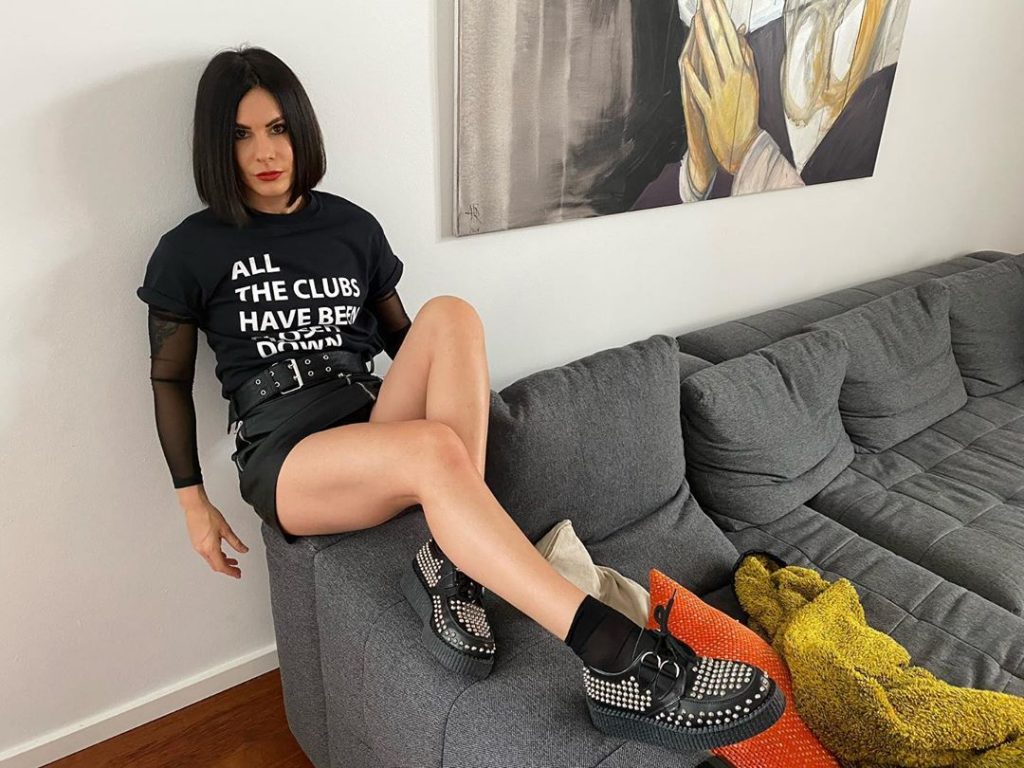 Alternating between minimal techno beats and soul-stirring melodies, Birmingham-born and Berlin-based DJ Rebekah is set out to take you on a deeply spaced-out trip. Her dark appeal stems from a riveting mix of hypnotic rings, punchy grooves and an industrial-leaning bleak soundscape. Think about the most strident synth that snares and haunts you (which is most apparent in one of her lethal pieces ‘Halo Effect’), that’s Rebekah’s allure. Highly regarded by the likes of Chris Liebing, Bas Mooy and more, it’s no surprise that DJ Rebekah has become one of the most respected names in the techno scene.

Having stumbled upon a techno night held at the Que Club in Birmingham, teenage Rebekah found an instant connection with the music and decided to pursue her calling in college by studying production. Years later, she moved to Berlin after releasing her first charmer in 2012, the remix of Matador’s ‘Blonde Slackers’. With every piece she has released since then, from her debut studio record Fear Paralysis to her experimental EPs such as Enigma and Murder in Birmingham, it is always a full-on pitch-black immersive listen – continuously noisy and forward thinking.

Fast forward to 2020, the now techno stalwart is working on her highly anticipated solo release on her Elements label. We sat down with Rebekah to talk about her days back in Birmingham, the idea of hedonism versus the underground techno scene, as well as the ridiculous incidents she has seen in nightclubs in Berlin.

You’re a Brummie in Berlin! Were you first introduced to DJing in Birmingham or was it simply a “Go Big or Go Home” situation? What was it that inspired you to follow your dreams and move to Berlin?

Berlin was always so intimidating when I was back home in the UK, I thought I had to already be a great DJ and producer to even get an opportunity to play there. In fact, the opposite is true. Berlin is very welcoming of up and coming talent, with many DJ and music producing schools across the city encouraging those with a passion to come and study and live in the city. For me personally, it was a dream to move here and I was given that opportunity. The city still inspires freedom and not many places in Europe still have that same feeling to me.

Berlin is all about subcultures and (highly exclusive) hedonistic nightclubs like Berghain. What do you love most about the underground scene of Berlin?

I love the fact that when you think you are part of the underground, you’re actually not and Berlin has deeper layers to what the underground actually is. Techno on the whole is like that. Most kids start out following and liking the more commercial techno DJs, and after a few years, they are in Berlin listening to a drone played live by some obscure Japanese artist in an old German pre-war building. It’s still a genre that has these opposing ideologies with everything in-between. As for the sex parties, Berlin has always been more in tune with hedonism, it just so happens that techno is the music that supplies the soundtrack.

How is Berlin’s nightlife and music scene different from the UK’s?

Berlin is generally more open-ended with clubs’ opening and closing times. There seems to be more freedom in Berlin compared to the UK, with each city in the latter having different licensing laws in place. The emphasis on a no-camera policy is also more apparent, so what happens in Berlin clubs generally stays there, other than the stories that often get shared!

As for the music I think both places are pretty up on the current trends of dance music. The UK is definitely more house-orientated but then so is Berlin. Though techno is generally more accepted and tends to have the lifestyle attached to it in the city, with the techno punk and all black clothing ethos. Even in the middle of summer, the girls are head to toe in black, wearing the techno uniform.

Your tracks are an eclectic mix of electro beats, dark techno drones and ambient vibes. What drove you towards this sound and how long did it take you to find your style?

I have always loved techno, from as far back as 1997. It’s just that I found it more difficult to mix when I was starting out practicing, so house became an easier choice for my DJ sets. But somewhere in the mid 00’s, I just started disliking where the house scene was heading in the UK. It was fast moving towards electro house, the precursor for the infamous EDM sound which was the end result of that movement. I had to discover what other music I loved. That took me on another eight years journey of stopping, playing, and learning to produce music, as well as lapping up all of this music coming from Europe in the form of minimal and techno. It sounded like it had roots in what I was listening to in the 90s. When I got stuck creatively in the studio, more it was techno that came out, so then I knew I was being true to myself in my art.

‘Fear Paralysis’, ‘My Heart Bleeds Back’, ‘Requiem for a Dream’ (reminds us of the Hulbert Selby Jr.’s book and the 2000 film) and ‘I Died a Thousand Times’, all of them are essentially descriptive and intriguing. How do you go about naming your albums and songs?

In the studio I enjoy using feelings and thoughts as a way to create music, especially the darker or deeper tracks. I have spent a lot of time in self-reflection and personal change, with some weird esoteric shit thrown in for good measure too. The names come from these experiences or periods in my life.

Name your top three tracks that always work magic on the dance floor.

‘Way of Life’ by Dave Clarke. When the night is nearing the end, I like to drop this and lift up the vibe with the help of DJ Rush’s vocals and Dave’s funky jacking techno.

‘Bang My Head’ by Dyen. A massive track from last year that the kids went crazy for, it’s veering on hardcore, which is a big influence in the scenario right now.

‘Born to Be Slytherin’ (Tbilisi mix) by Viper Diver. Something newer, but this sounds fresh and is slightly more trance. This one is to give all the feels on the floor.

What’s the best thing about DJing and playing a Boiler Room set in the middle of the night?

For me DJing is a very transcendental experience. This joint connection where everything comes together for us all to be 100% in the moment. Some would say it’s an escape, but I think our spirits really need this and possibly the opposite is true: daily life and mindless thought is the escape. We are needing this connection even more so since we have been in lockdown, the fact that people are now setting up illegal parties is an indication that in just a short few months we are craving connection.

Boiler Room is a whole different thing as it’s mainly filmed earlier in the evening or daytime. It’s a snapshot of the experience, but as you are aware of the cameras and knowing the set and gig will be archived indefinitely, it’s harder to let go and be in the moment. The interesting part though is that it does bring people out to dance in front of the cameras and these people are generally okay with letting go but tend to be crucified on social media by the keyboard warriors after. I think they are brave to be able to just be themselves and it says more about the people tearing them down than the dancers themselves.

What are some of the weirdest moments/things you’ve seen at a DJ live set?

To be honest I am generally quite focused on DJing but occasionally the energy suddenly changes within the room and I will look up and possibly a space on the dance floor appears, and usually for no good reason. It could be a fight, or someone has collapsed. It’s a rarity but someone once let off gas in the club, that was super weird as the dancefloor thinned out and I thought they didn’t enjoy the music until my eyes started watering. This kind of shit really ruins it for everyone but as the crowds are fairly young, from time to time it will happen. Not the gas shit though, that’s totally unacceptable.

Who are your biggest techno influences?

UK DJ and techno veteran Dave Clarke will always be my number one. Back in the 90s he really knew how to tear the club apart, it was so intense and it really gave me my love of the genre as it was so exciting compared to other genres of dance music. More recently I love AnD, their sets and live shows are incredible and really embody the 90s vibe of techno today. They make me dance and jump around and really rave. I still love being in touch with that side of myself, it keeps me young, at least on the inside!

If you didn’t become a DJ, what type(s) of jobs would you have pursued?

I was training as a chef for a year or so after school which I really enjoyed, so again something creative and using my hands. Possibly the split shifts and six days a week of work would have taken its toll on me! I also was interested in the travel industry, so there is no surprise that DJing has taken me all over the world, I fell in love with this aspect after visiting Thailand and Sri Lanka at 16 years of age. As I have gotten older, I become interested in health and psychology, so maybe another career path would of been to pursue this.

Join the Mailing List and get more...
Click here
PrevPreviousTen Songs with Social Messages: These Emerging Bands Are Making a Statement
NextFast-paced Soul with a Beat to Dance the Night away: A Brief History of Northern SoulNext
On Key 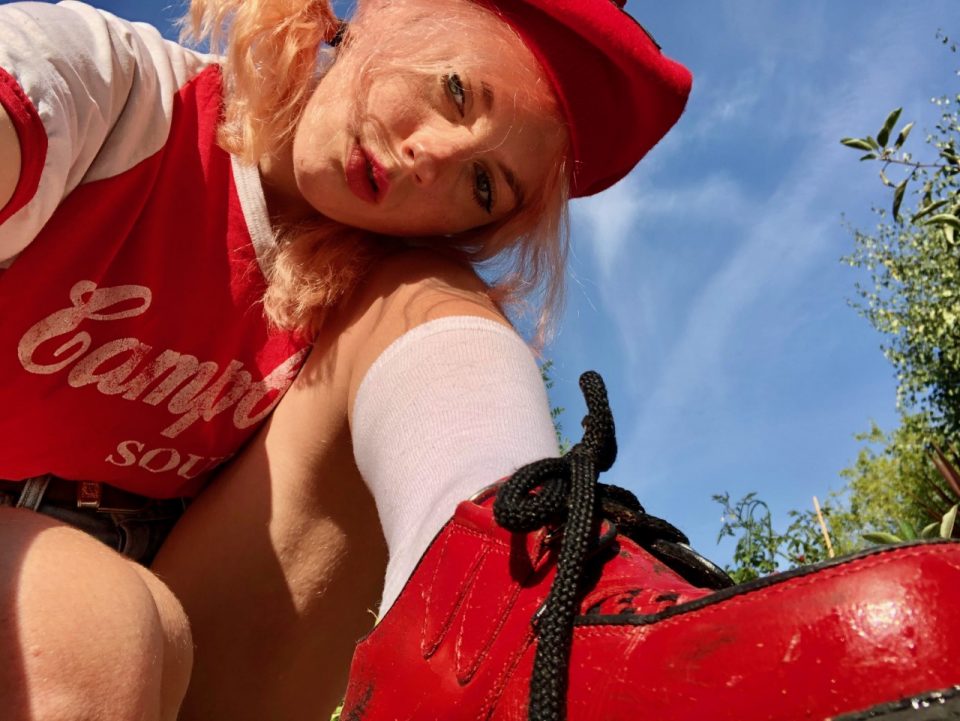 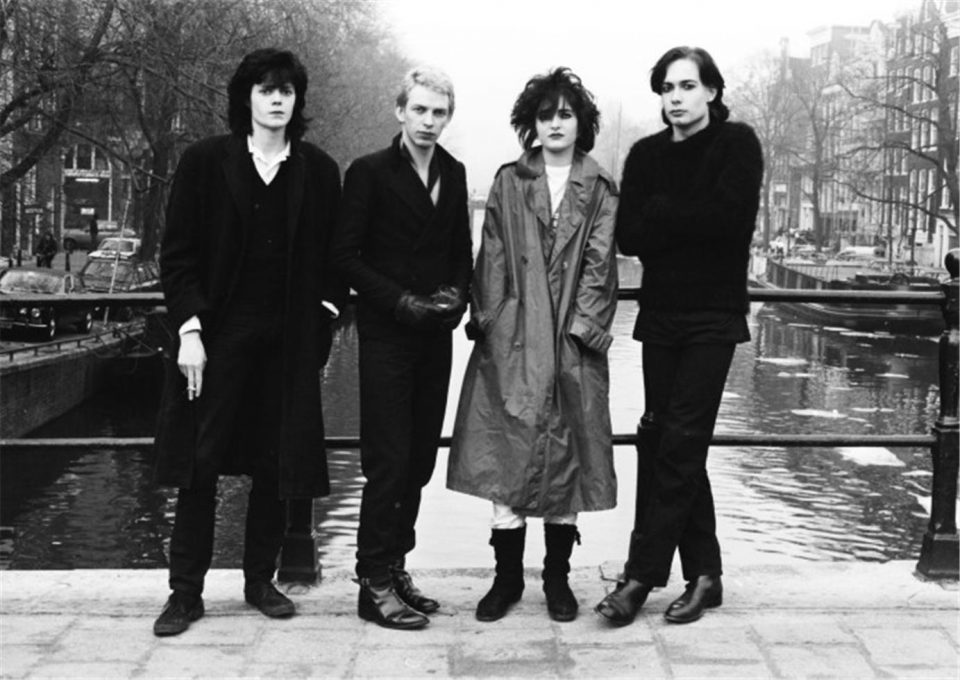 History of Goth Rock: Siouxsie and the Banshees (Photo Credit: Barry Schultz) Over in the darker side of the late 1970s, underground music scenes with

New Singles in 2020: These Up-and-coming Bands Are a Force to Be Reckoned with

New Singles in 2020: ‘This is the Summer’ by Dream Nails (Photo Credit: Marieke Macklon) Despite lockdown cancelling any plans of summer festivals this year, 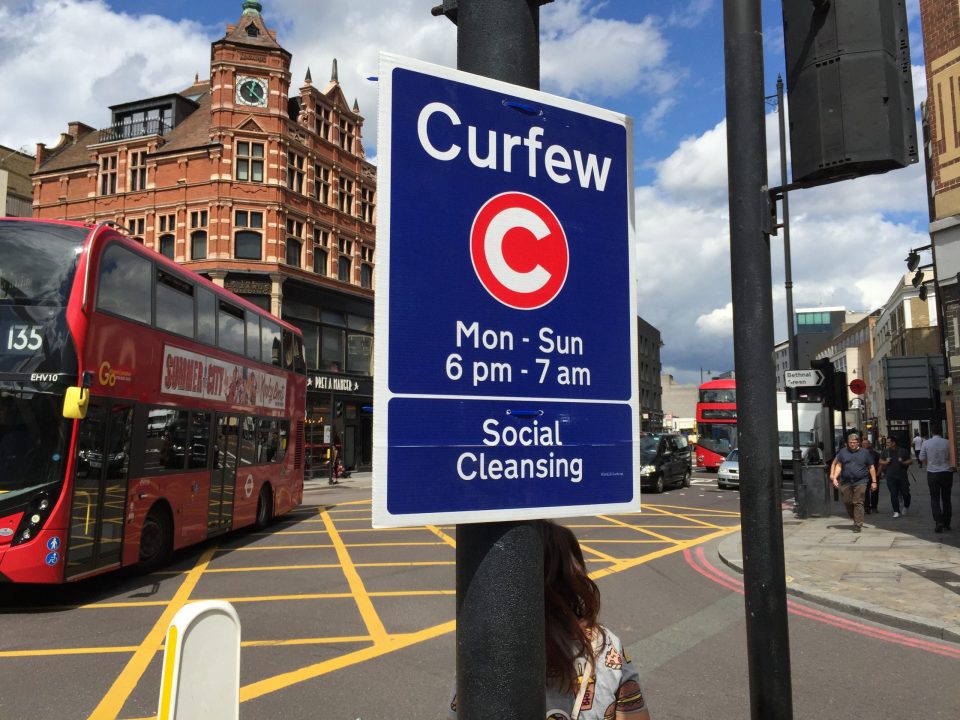 Dr.D. AKA Subvertiser: A Legend in Street Art Subversion

Curfew Bus by Dr. D. (Subvertiser) Dr.D. AKA Subvertiser is a legend of street art subversion, using his insightful observations to ‘doctor’ everything from big