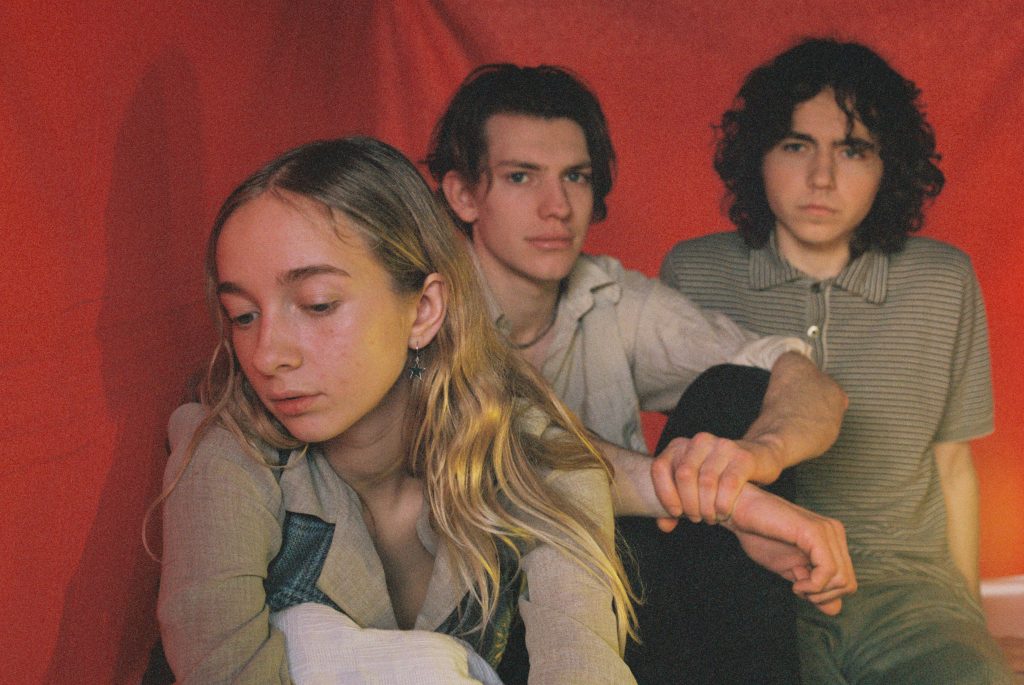 Soaked in pure airy vocals and synth-laden grooves, Drug Store Romeos craft a blissfully layered sonic dreamscape that’s awash in beautiful pastels. Owing to its introspective minimalism, it is the kind of slow-dance music whose ethereal wave lazily calms your soul. In 2020, the London dream poppers have released two new lush singles – ‘Frame of Reference’ and ‘Quotations for Locations’ – both of which are filtered through shimmery textures and emotive lyrics.

Consisting of vocalist/keyboardist Sarah Downie, bassist Charlie Henderson and drummer Jonny Gilbert, the trio was formed over a 6th form college community Facebook page. Having been madly romanticising the idea of being in a band, Sarah responded to the ad Charlie and Jonny posted online looking for a bassist – of which she wasn’t! “With a handy double headphone adapter, Charlie and I exchanged music all through the day. When I went over to Jonny’s house to rehearse with a cheap bass that I bought a few days before, it didn’t take long for them to realise I couldn’t play it.” Luckily, the three of them seem to have it all worked out afterall.

Today, we interviewed the three members of Drug Store Romeos to talk about the influence behind their delicate soundscape, how their soothing bops came about, and last but not least, their bizarre guilty pleasures. 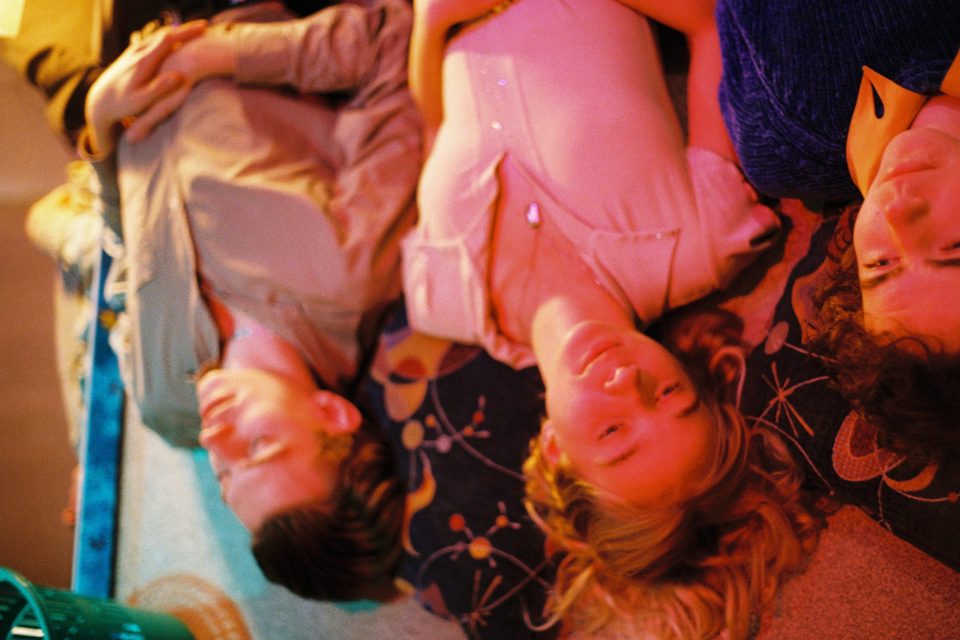 Are you a fan of Shakespeare? Who came up with this mash-up of “Drug Store” and “Romeos”?

Charlie: We actually aren’t really. The mash up was made by the writer of A Streetcar Named Desire. Despite having this as our name for years, we still haven’t watched the movie or read the play! The name was suggested by Sarah’s friend who was studying English literature.

Your music has a bit of an Icelandic feel – soft vocals, glitchy synth and electronic beats – it reminds me of bands like Múm. How would you describe your music?

Charlie: I’m really glad you see an Icelandic influence. Although we don’t listen to a lot of that music, we are definitely going for a soft ethereal style that is spacey, minimalistic, featuring introspective and melancholic moods. I have also noticed that some of our newer songs have got a certain “dusky” and personal quality to them. Kind of interestingly, like Múm, we similarly decided to “mostly abandon guitar-based concepts” after being a band that wrote exclusively guitar songs for years.

Can you tell us more about the stories behind your singles ‘Frame of Reference’ and ‘Quotations for Locations’?

Charlie: Here are some tidbits that we haven’t shared before. For ‘Frame of Reference’, over the email we asked the mixer to make one sensible mix and another one that was an “experimental and sound changing mix in which it has a raw 70s/80s/90s new wave weirdo post punk power pop kinda feel.” Then when we went into his studio to listen to both mixes to finalise it, we decided to use the bass sound and the drum fill sound from the experimental mix and everything else from the sensible one. The backing echo synth is taken straight from the original demo. We spent a while in the mixing stage deciding between four different versions of the flanger effect on the synth that happens just before the drums come in!

For ‘Quotations for Locations’, the chorus lyrics were “Manny molovile sings like a madman” for about eight months until I decided to rewrite them whilst I was feeling depressed on Christmas. This was one of the first songs written in the time period in which we went from playing a show a week to none at all so that we could go completely in on ourselves. This song marked the change from our previous shoegazey indecipherable reverb vocal sound to us deciding that dry and upfront vocals were the direction that we wanted to head in. 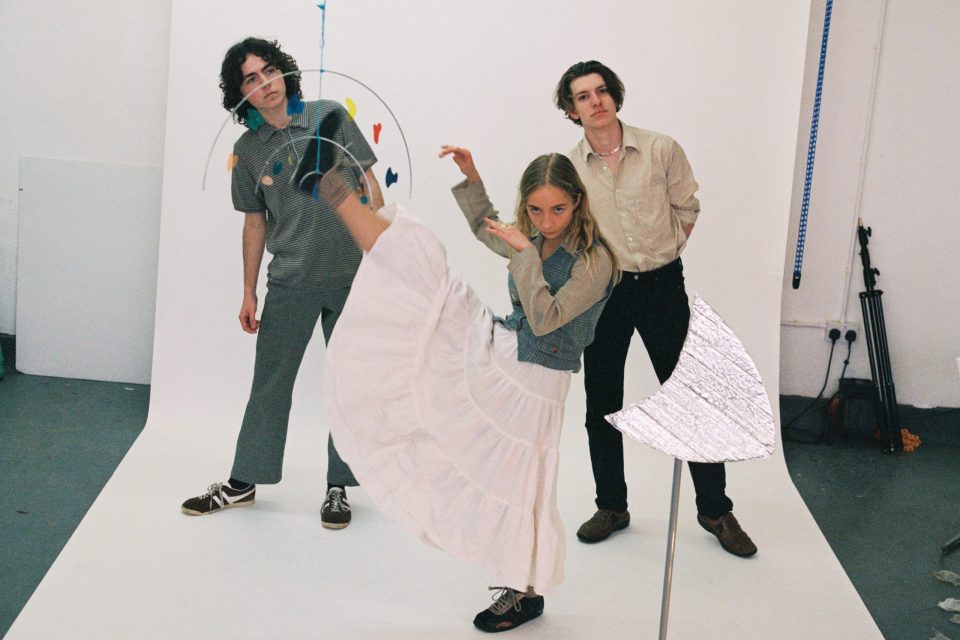 The songs are all very poetic and healing. What are some of your biggest influences in terms of songwriting?

Charlie: Very kind of you to say that our music is poetic and healing! Our influences are a real mixture of the old and new. In the melting pot there’s 90s 4AD dream pop, 60s experimental electronica, 2010s new wave post punk, 2020 pc music playfulness and probably quite a lot of other things.

So you have just moved to London from a small town in the south. Have you guys been enjoying London (or finding it not as glamorous as some may say)?

Johnny: Well personally I’ve been having the best time of my life living in London over the past few months and I know that Charlie and Sarah are also really enjoying the places they’re living in. The places we are living in is most of what living in London is to us at the moment, given the global pandemic that has kept us locked in our homes for the past four months. For Charlie and I, it’s been the relationships we’ve formed in the shared warehouses that have made it such a special time for us.

Which aspect(s) of your life have changed ever since you started this band?

Sarah: Wow, so much has changed. We met in our first year of college and now I’m 21 so it’s been nearly coming of age years. I simply can’t answer without going on for an inappropriate amount of time. 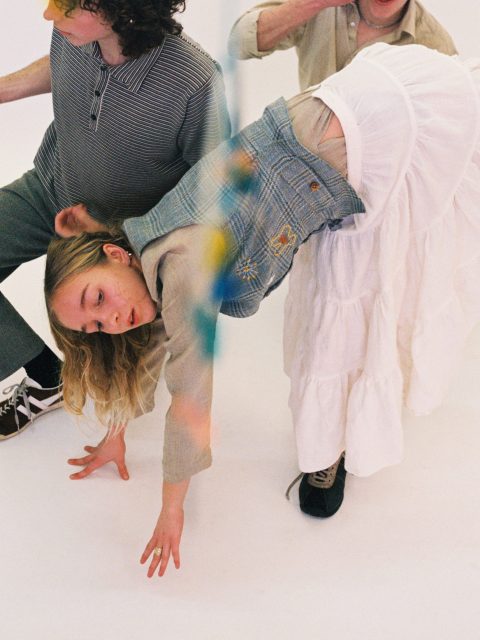 We all understand how difficult it could be to stay focused and creative sometimes. Do you guys have any guilty pleasures?

Sarah: Comfort-wise, there’s nothing more nourishing than a bowl of Heinz tomato soup and a pre-2000 rom-com. This is an odd one, but I am kind of mad about foraging and learning about herbs and their history of use all over the world. It gives me such a silly buzz. Stemming from that I also love hunting through second-hand shops. Sometimes I will look up flights to Italy on Skyscanner, then search the cities with the cheapest prices against ones with the most amount of second-hand shops. Then gawp over Google Maps’ photos of massive rooms of old tat, zooming into far back shelves and mannequins. It’s a bit ridiculous but there seems to be no reasoning with the hunter gatherer in me.

If you could go back in time and talk to your younger self, what year would that be and what advice would you give?

Johnny: I think I lack the subtlety of nuance to interfere with my past self without breaking the fabric of time. And I’m quite happy with how things are going. But to play along, I’ll say I’d go back to when I was 10 and tell him to get Bitcoin for Christmas and not to eat the chicken nuggets and attend the scouts video game sleepover.

What’s in heavy rotation on your playlist currently?

Share with us the first record/CD that you guys got.

Johnny: The first CD I ever got was an N-Dubz album in a ‘game’ store in my hometown with some Christmas money. The first record I purchased was the album Overkill by Motörhead, in a record store in Camberley.