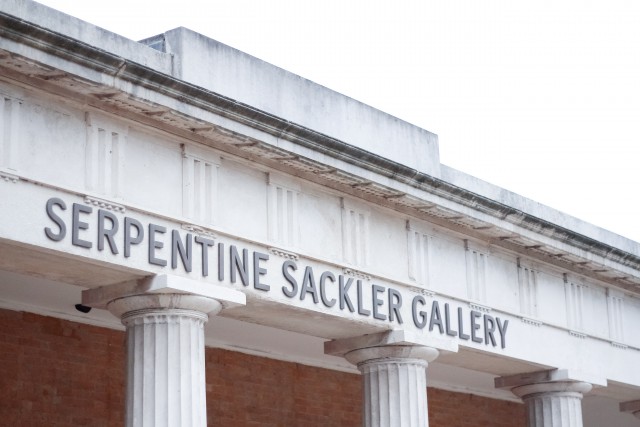 A unique opportunity to see Helen Martens’ exhibition Drunk Brown House at the Serpentine Sackler Gallery has arisen. Being the first time that her art has been put together and presented in the capital city, you can see the very individual art work from now until 20 November 2016. 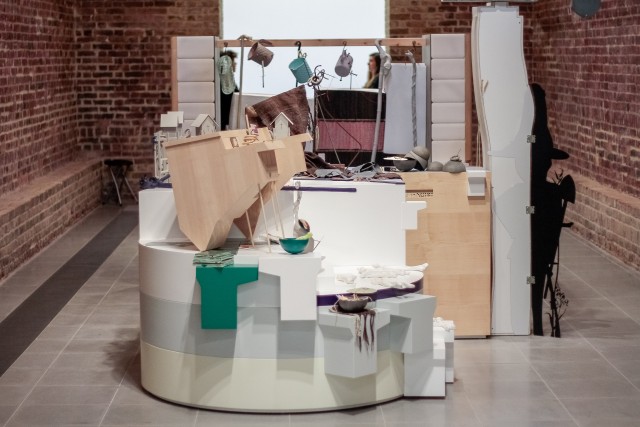 The exhibition fuses mediums such as sculpture, text and screen-printed paintings. One of the many appeals of Marten’s work is the skill of her combining both image and object and repeatedly toying with two and three-dimensionality. Her work also includes visual and linguistic uncertainty and this works in favour of delving deeper into the likeliness of misinterpretation and misunderstanding. 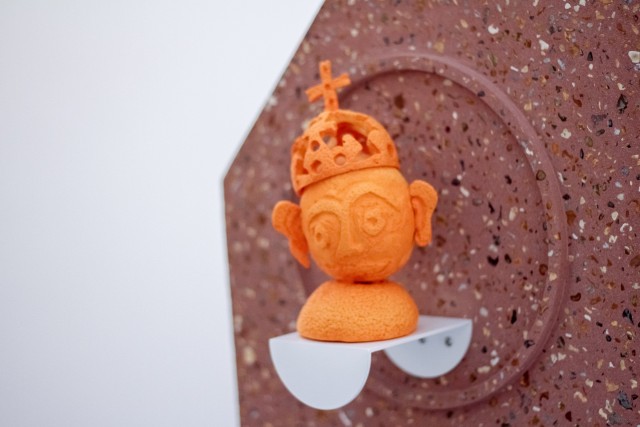 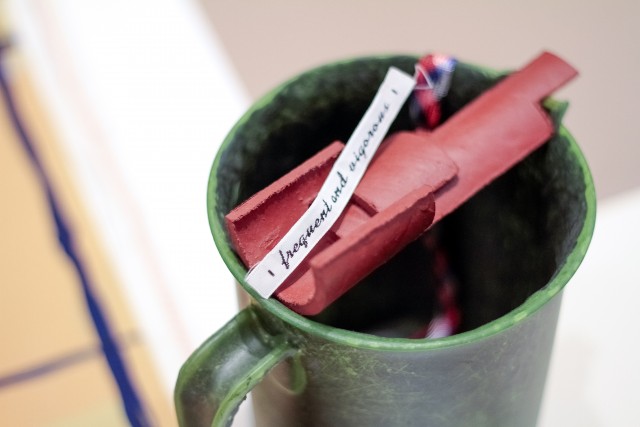 It also appears as though her life is well documented in the exhibition, but instead of perhaps more conventional forms, you are in the driving seat deciding what it is exactly that she is trying to illustrate. Within each installation, a story seems to be unravelled. Everything looks out of place, yet extraordinarily was almost like it was meant to be there, in some ways like an ordered chaos. This all adds to the misinterpretation and misunderstanding. 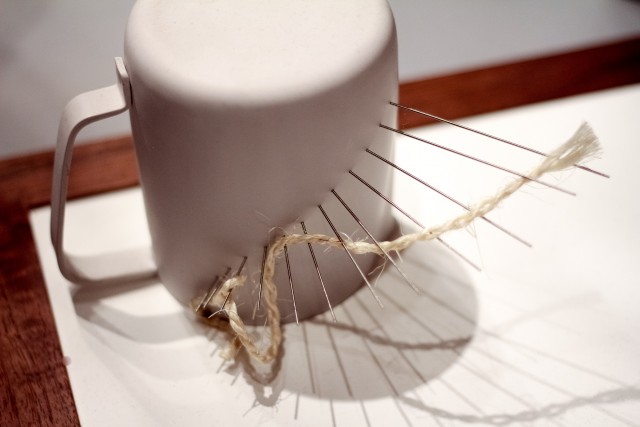 “I’m really interested in the point at which things become husked down to geometric memories of themselves, where a house, for instance, a pair of legs or a cat could be communicated with huge economy and speed via just a few lines. The vector can become a mechanism of delivery. As incorporated extensions, even a simple nod towards a shape that might be reminiscent of a readymade form is quite literally a vocaliser of external things – an agent of the world outside art-making. And this is the point where you can use recognisable authority, the obstinate fact of a universally existent thing – an arm, a teapot, an alphabet – and extricate it from its own sense of intentionality.” 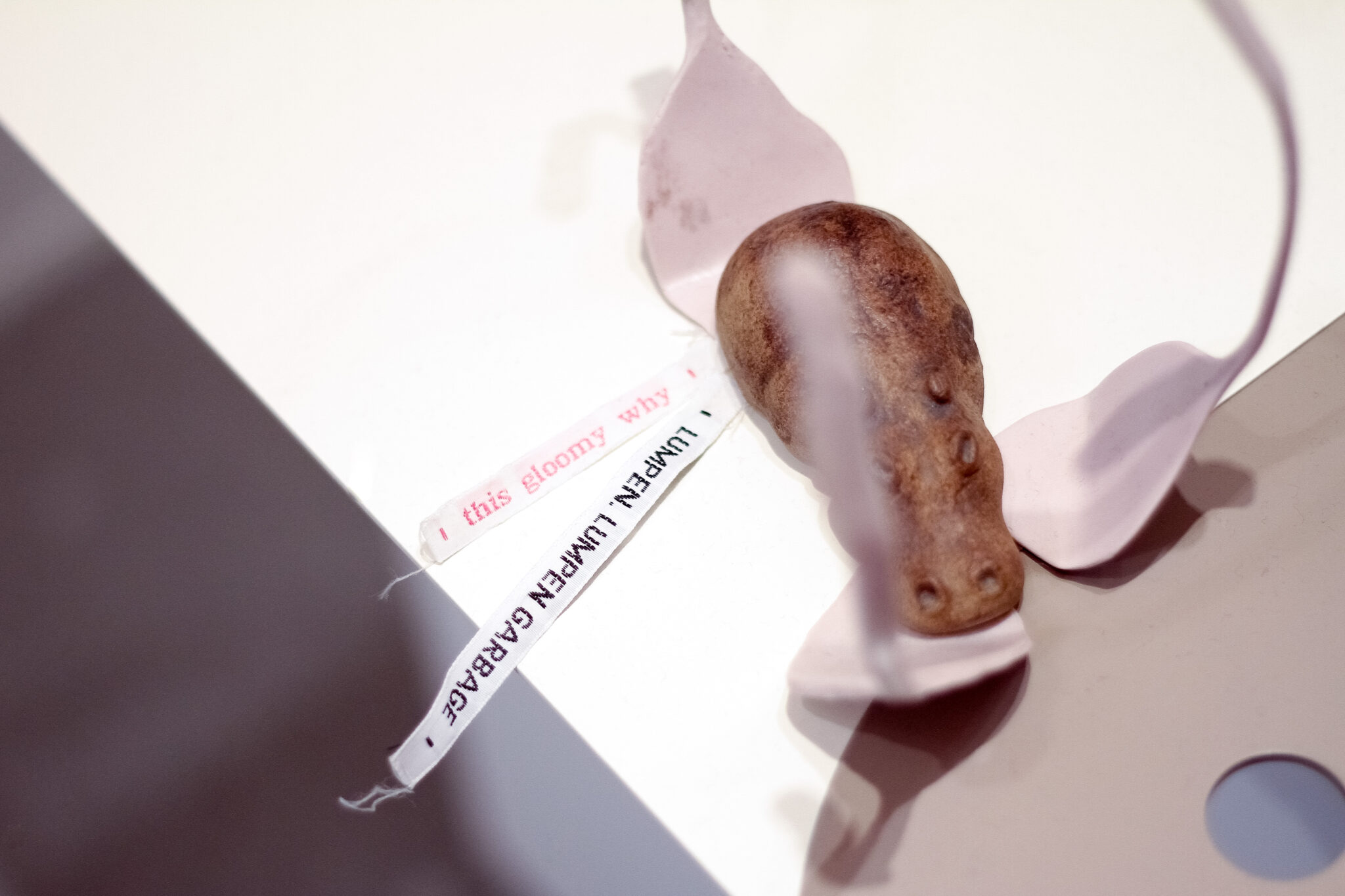 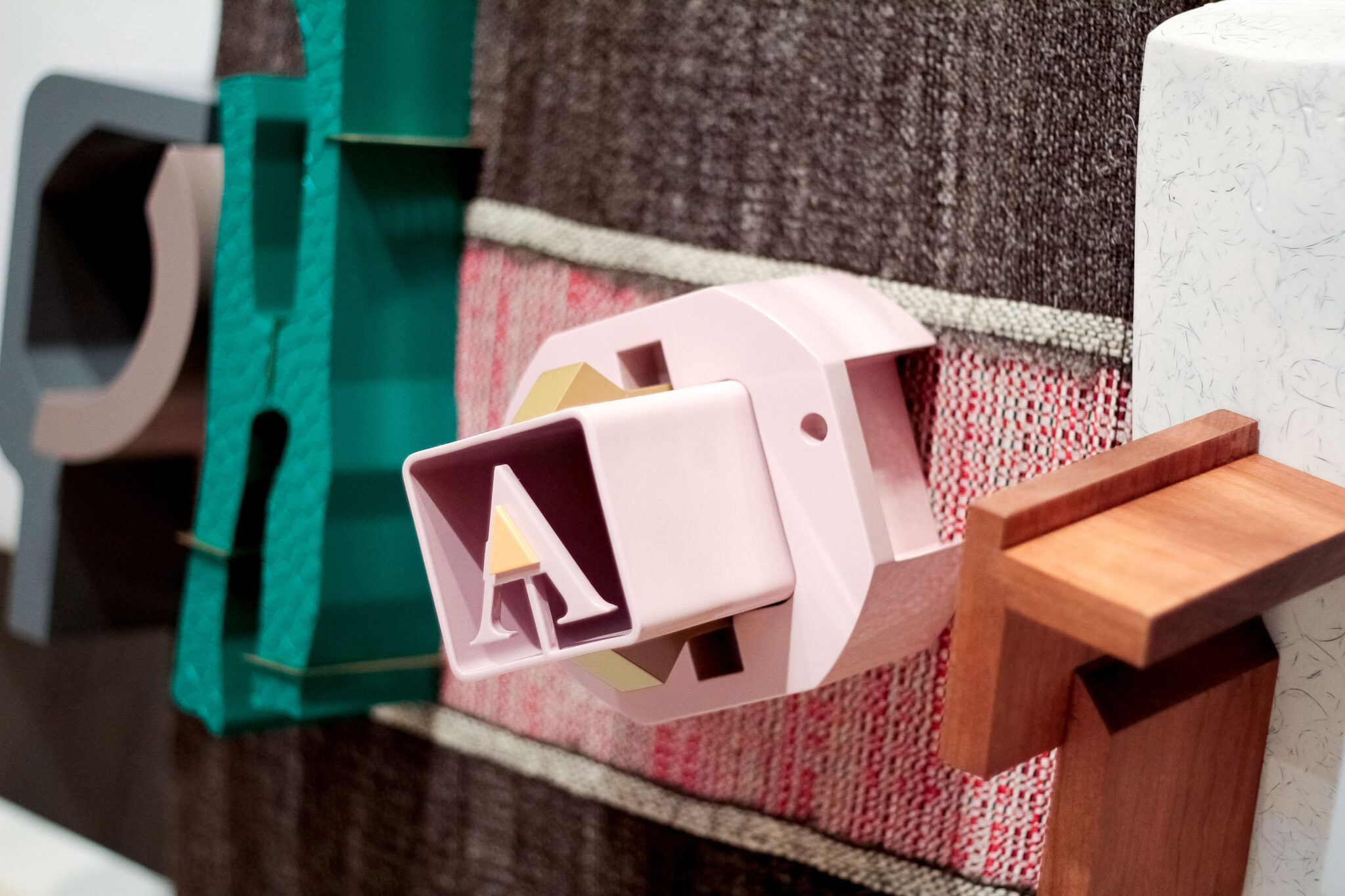 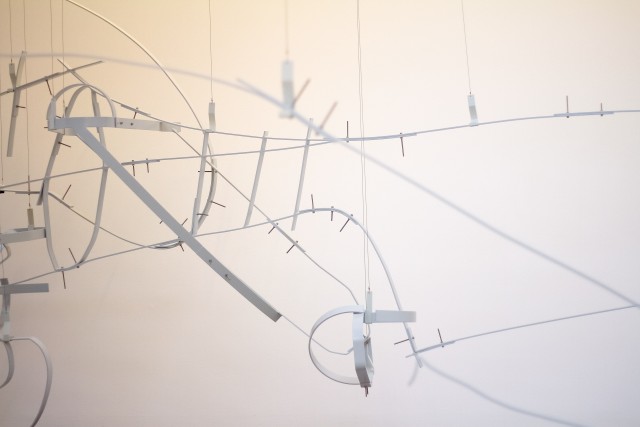 There is also free accessible public Wi-Fi in the gallery, where you can access a Mobile Tour of the exhibition. 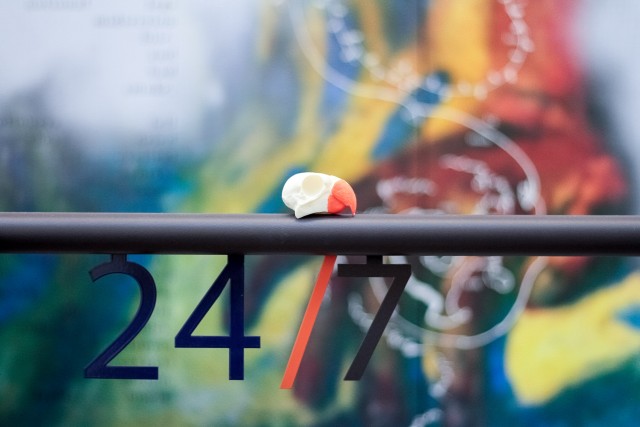 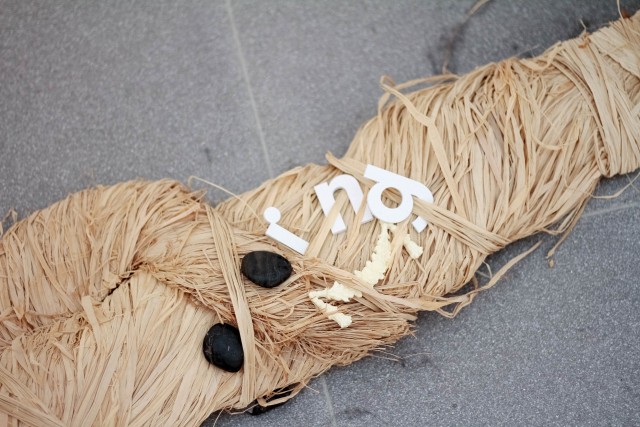 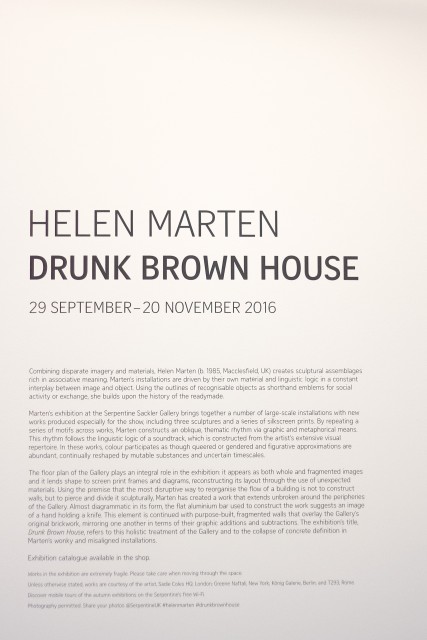