EVER HEARD OF… EDWIGE BELMORE? 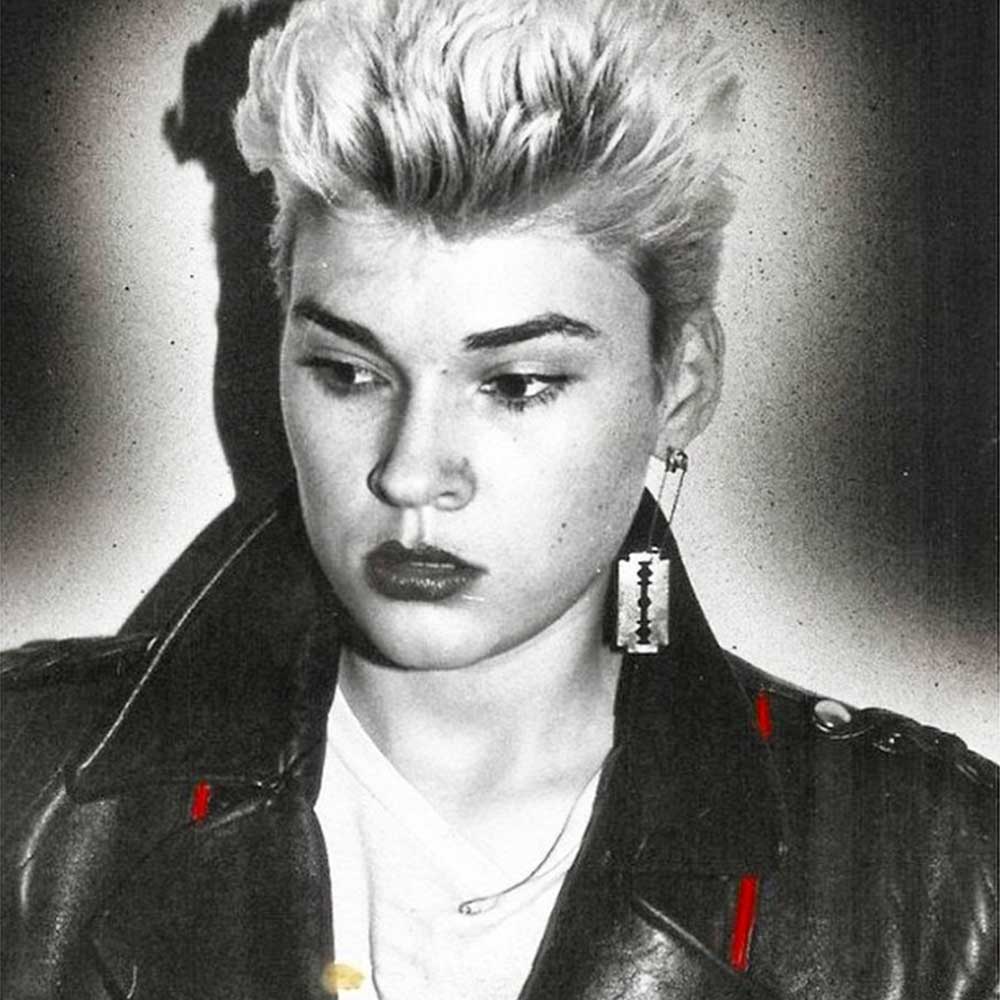 The latest in our series investigating overlooked or obscured figures in musical and subcultural history takes a look at the “Queen of Punk” herself, Edwige Belmore (The previous edition of ‘Ever Heard of…’ about frontman of New York’s punk duo ‘Suicide’, Alan Vega can be read here)

Born in Paris, the model, musician, and fashion muse Edwige Belmore has always had the spirit of rebellion coursing through her veins. A young Belmore saw familial abandonment at a young age, living in a convent before her parents left and gave her $20 to fend for herself alone in Paris. Her tale in life is one that is from rags to riches back to rags again in her later life. Little did a young Belmore know that she would go on to forge her own path and would become the embodiment of the new punk generation and become a symbol of the underground youth of the 1980s. 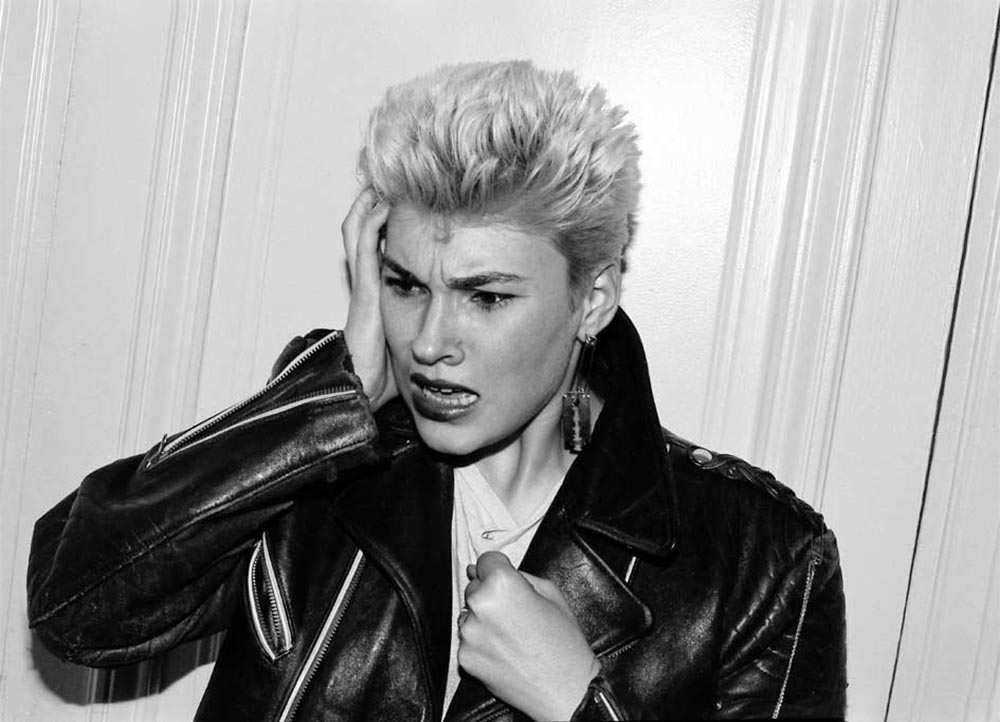 It all started in 1976 when she saw the Sex Pistols perform live, and at the early age of 19 this was her first introduction into the world of punk. Stemming from her childhood and wanting to distance herself from her ignorant and racist parents, Belmore burned all her clothes except for an old beaten-up leather jacket given to her by a friend. She brought a pair of riding pants, a white shirt, a leather skinny tie, and a pair of high heels, before shaving her head. By telling her friends “Edwige will die, and Edwige will be born,” they assumed she was going to take her own life, and, in a way, she did, by completely reinventing herself.

The real Edwige was born, and she lost all sense of insecurity and lack of self-confidence, transforming her look into that of a 19-year-old Amazonian punk chick. Shortly after this she was approached by two girls in a Paris night club, asking her to play drums for their band, which saw the birth of ‘L.U.V.’ standing for ‘Ladies United Violently’, or ‘Lipsticks Used Viciously’.

As the punk scene started to gain recognition, Belmore was seen as the figurehead of this, and was asked to do interviews for high fashion magazines including Vogue and Elle. Through the spotlight that was shone upon her, she was seen as the leader of Paris’ punk scene and started to gain notoriety, becoming synonymous with Haute Couture. She gained recognition from the likes of Helmut Newton, who begged to take her photograph when she just “ended up” at a Paloma Picasso party. 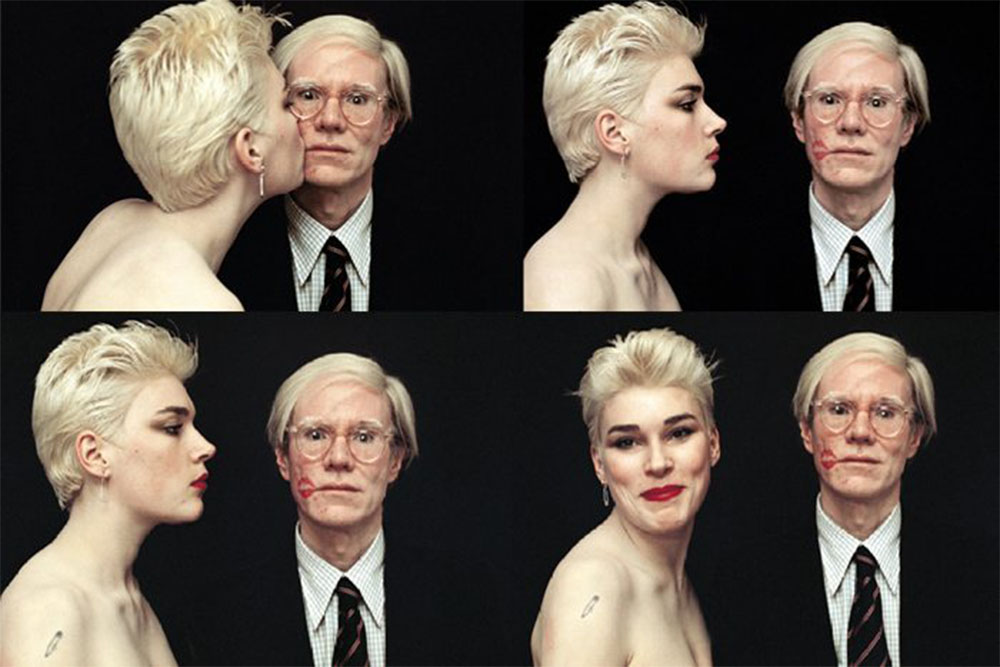 When asked how she became Paris’ “Queen of Punk” Belmore described it as “It just kind of…happened.” She had little ties to the punk rock scene, however, she was at the right place when it all exploded. Being only 20 years old when it all coalesced, she saw it as her rebirth.

The magazine ‘Façade’ was doing an issue about the art and punk scene in Paris, and they wanted Andy Warhol on the front cover, who they paired with Belmore. Warhol at the time was known as being at the forefront of art, and the same was seen in Belmore with the punk scene. The headline was labelled “‘Queen of Punk’ meets the ‘The Pope of Pop’.” Upon meeting Andy Warhol, this catalyst is what led to her taking the fashion and punk scene by storm. Warhol proceeded to take her to New York and introduced her to the fashion and arts scene of the USA, including the renowned Studio 54. The nightclub, which was located in Midtown Manhattan was known for its exclusivity and famous clientele that would attend.

Upon Warhol and Belmore walking into the club arm in arm, the crowd parted for them, and in this moment immediately cemented her place as a member of the elite New York underground scene. She had such contemporaries as Blondie’s Debbie Harry and Jean Michel Basquiat amongst others.

Upon her return to Paris, Belmore was approached by Fabrice Emaer, Paris’ “Prince of The Night” to work the door at ‘Le Palace’, Paris’ answer to the renowned ‘Studio 54’. The place was a hub for Parisian elite, and a an intensely beautiful place to be at the time. Music and fashion were exploding in tandem with each other, and Belmore was at the centre of the cultural scene that was happening around her. When working the door, clad in her distinctive style, she would know from looking at entrees in the eyes and knowing just by feel if she would accept them into the club or not. 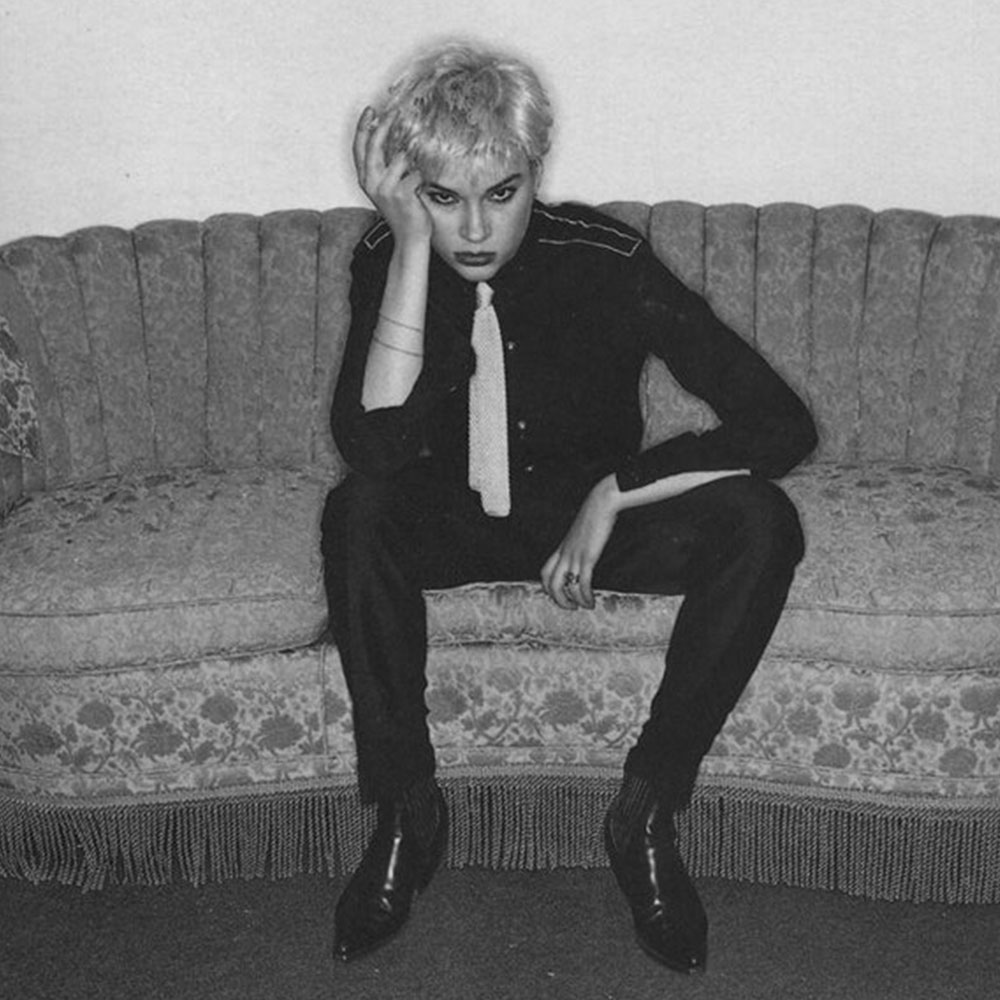 Working on the door of ‘Le Palace’ is what caused her discovery by Jean Paul Gautier. The designer was street casting for an upcoming runway show, something which was unheard of at the time. He came to Belmore and said, “‘You look amazing. Do you want to be in my show?’… he was like do you want to be in my SHOW which is [a] whole different meaning.” Upon the date of the show Belmore drank wine and got high throughout the entirety of the show, but still managed to walk the runway in stilettos whilst performing a rendition of Sid Vicious’ ‘My Way’.

From 1978-1988, Belmore acted in seven different short and feature length films. She also played herself in the 2011 feature film ‘Des Jeunes Gens Mödernes’ (Kids of Today), something which saw a revival in her fame due to both her on-screen appearance, and music from her band ‘Mathémathiques Modernes’ being featured on the soundtrack. She formed the new-wave band in 1979, when French musician Claude Arto introduced Belmore to the exhilarating sounds of the synthesizer. For years after the height of her fame, she was still involved in the fashion and photography industry.

However, Belmore’s later life was one that was filled with sadness. Once the cameras had turned away, she went on a spiritual journey, lost a love in New York, began drinking, and lost her job and apartment. At her lowest point she drank a full bottle of vodka on a train to New York’s Coney Island, and dragged herself out to the sea, intending to never return. After passing out and washing ashore, she awoke in a hospital and with no ID or insurance, and after three days she was discharged. After making a desperate call to a friend, this caused her to move to Miami and stay at a rehabilitation centre. 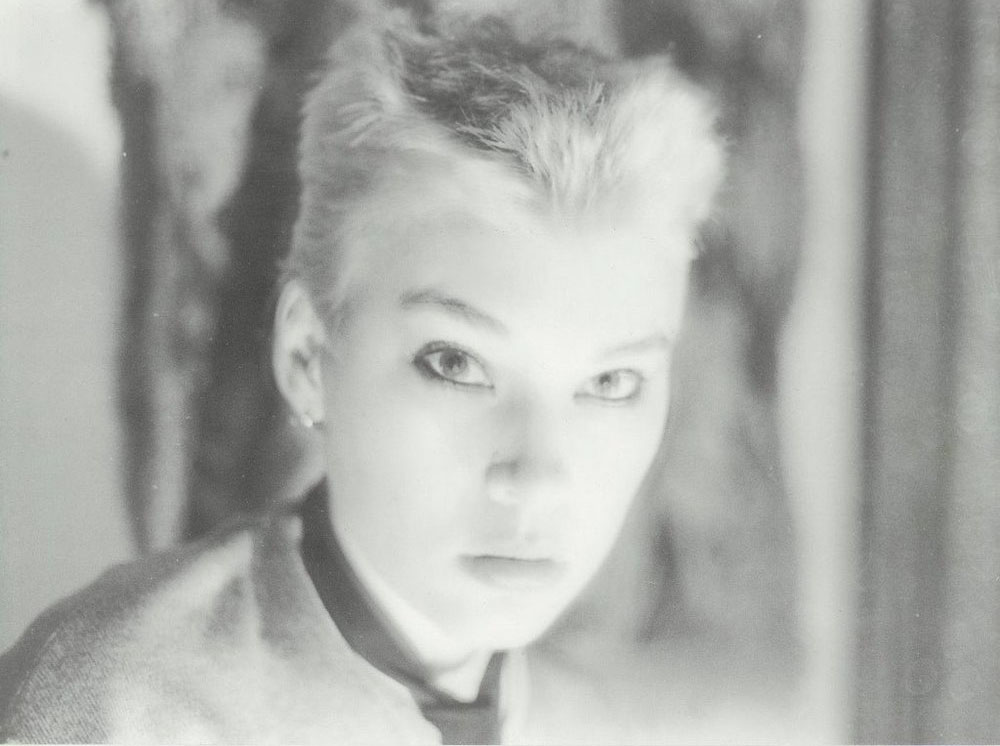 Months later, another friend who was a real estate mogul, offered her an apartment and a job as the artist in residence at the newly opened Vagabond Hotel. The hotel serves as a mid-century modern gem on a formerly seedy Biscayne Boulevard. With a place to stay and work, Belmore created art, hosted events, and upkept the garden. Even at her old age, she still dressed as the youthful punk who graced the streets of Paris. Despite Belmore still hosting events and engaging within the art and fashion world, she had alarming weight loss and spoke of aches and pains. Her turbulent younger years of drink, drugs, and travel caught up with her quickly leading to her hospitalisation in September 2015, where she soon passed away surrounded by friends.

Despite the sadness surrounding Belmore’s later years, there was no doubt she was an icon within the punk movement of Paris. Compared to Britain’s interpretation of punk, the Parisian movement was more about the fashion than the socio-political war that was seen in other countries. Despite this, punk was not about the clothes or money for her, but about the attitude that came alongside this. This was seen both through her and her friends, the likes of Paloma Picasso, Yves Saint Laurant, Loulou de la Falaise, and a young Christian Louboutin. Belmore never called herself a model, and did not want to be known as such, but despite this took photos for Helmut Newton, Pierre et Gilles, Maripol, Andy Warhol, and others. What started as an act of fearless rebellion by a young Belmore to discover her own identity, led to her becoming the face of France’s punk movement. She held perhaps the most important attribute of being a punk- she was never afraid to be herself.