EVER HEARD OF… LYDIA LUNCH? 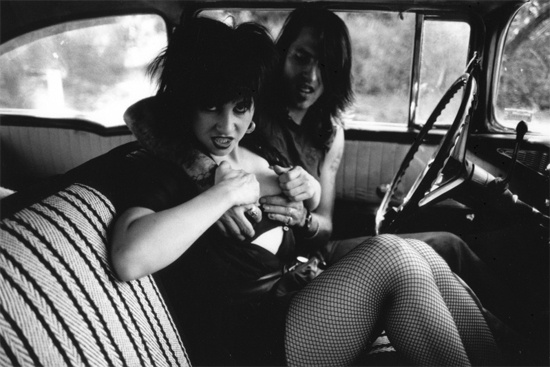 The latest in our series investigating overlooked or obscured figures in musical and subcultural history takes a look at Lydia Lunch, singer, poet and rebel–rabble-rouser. The previous edition of ‘Ever Heard of…’ about one of Lunch’s many collaborators, the legendary Australian guitar-slinger and founding member of The Birthday Party, Rowland S. Howard can be read here.

“Stubborn resistance, independence, survival” Lydia Lunch lists in her trademark croaky American drawl. “My themes have always been universal” she says in the official trailer for a documentary about her astonishing life and art, “Themes about imbalance, about injustice, about trauma, and how do you survive and thrive beyond that.”

Released last year, this career-spanning documentary, ‘Lydia Lunch: The War is Never Over’ propels Lydia to centre-stage. Directed by No wave underground filmmaker Beth B, who has worked with Lydia since the 1970s, (Lydia has even played a dominatrix and private detective in her films) the film follows Lydia from abuse to empowerment. For Lydia Lunch, the war IS never over. Today, she is still performing, writing, touring, and collaborating. For over 50 years, Lunch has been at the forefront of the fringes; a champion of underground experimentalism, she’s been a lifelong advocate for the fact that women can be loud, unapologetic owners of sexual agency, rage and pleasure. 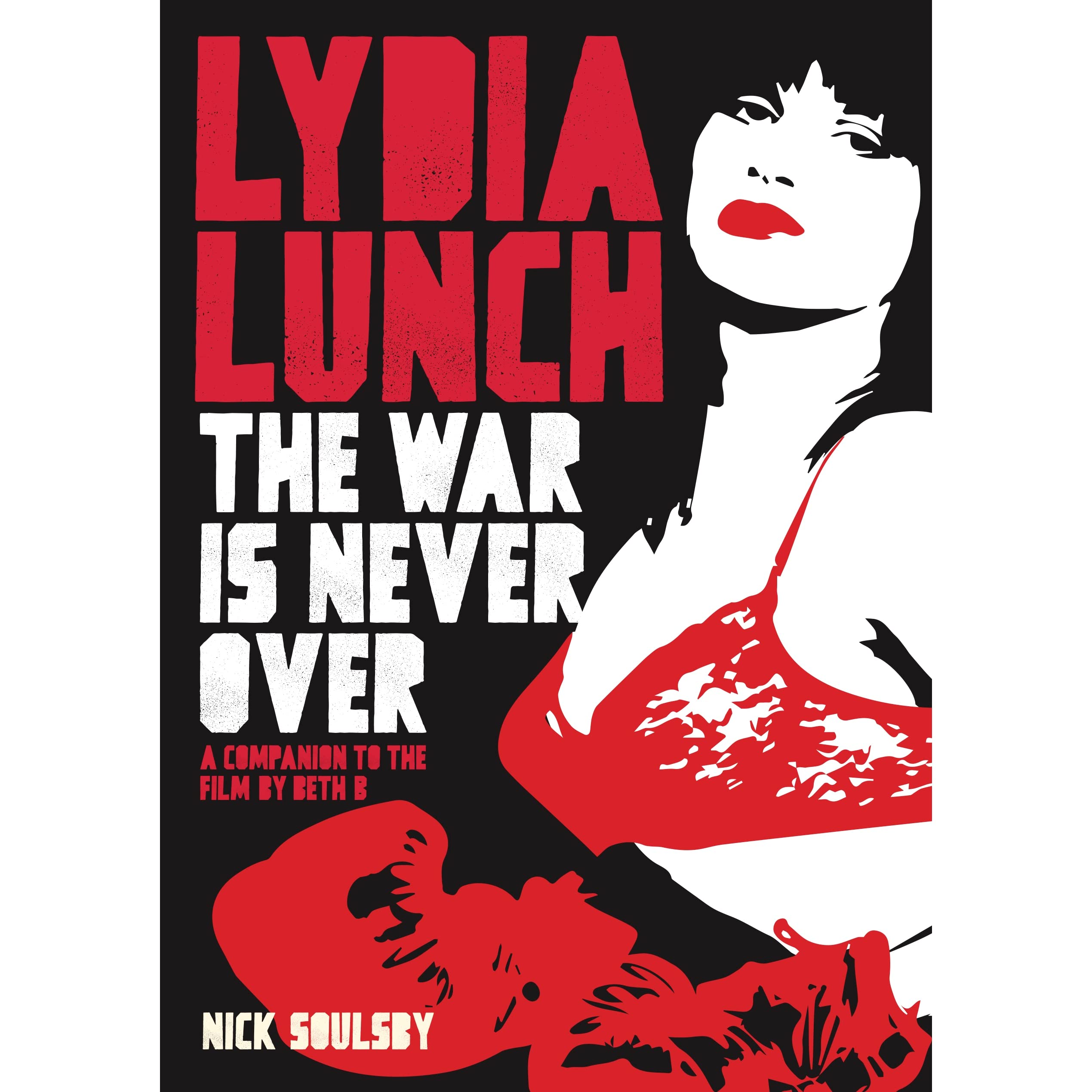 Rewind 63 years and Lydia Anne Koch was born. She grew up on one of America’s ‘Superfund’ environments; land contaminated by toxic waste. Lyrics often referenced desolate, decaying landscapes, singing of ‘dank stank moss’, ‘bloody snow’ and ‘burning skulls.’ At the age of 16, a young Lydia replaced one dystopia with another, running away to New York with the hopes of performing spoken word. Here, she could visit the clubs she’d read about in rock magazines; at the iconic Max’s Kansas City, she met Alan Vega and Martin Rev of Suicide, and at CBGB, Lydia befriended saxophonist James Chance. 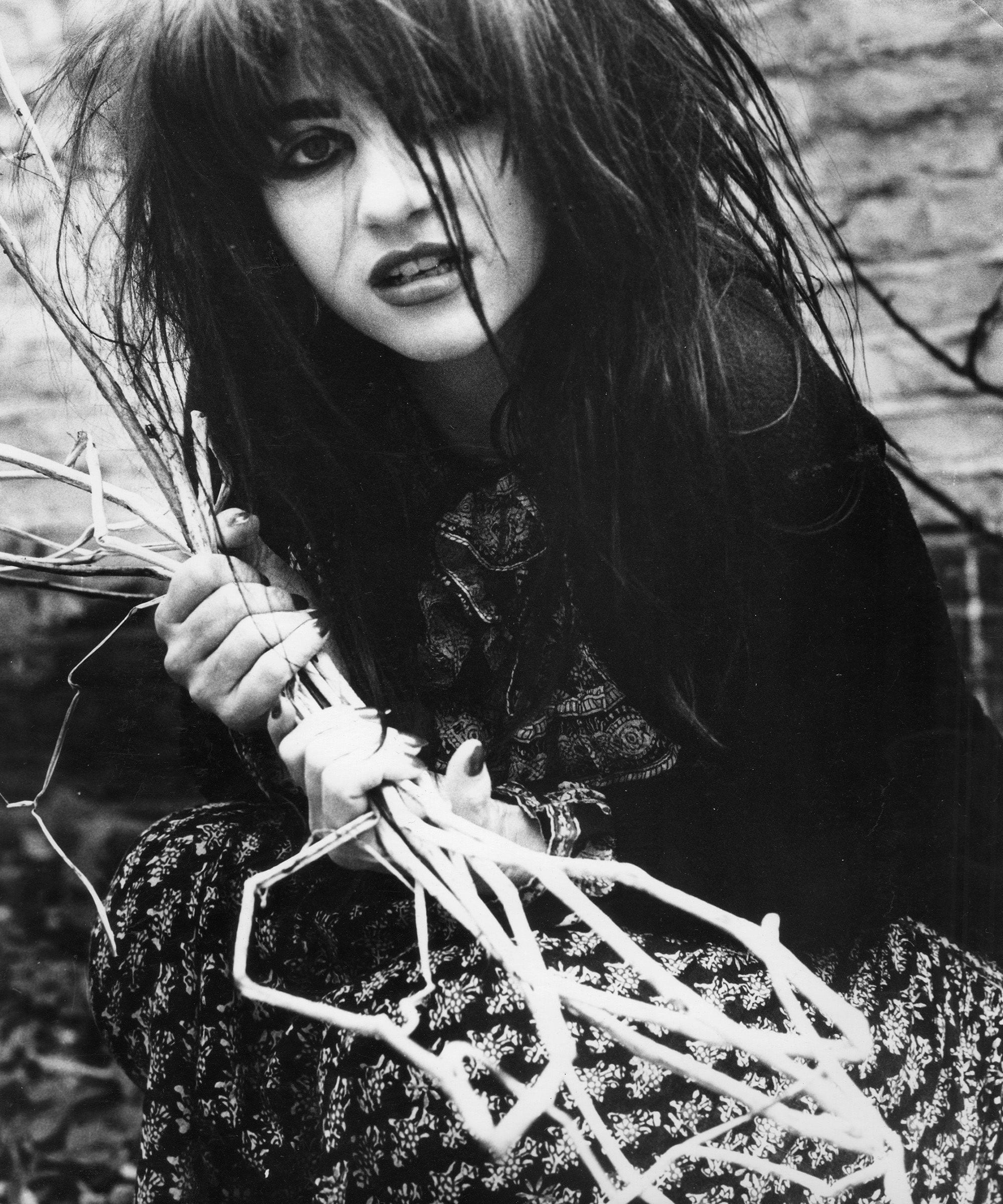 Surrounded by musicians, Lydia began to meld her poetry with a guitar, though in her hands, it sounded nothing like the instrument responsible for the punk-rock sounds she shunned. Lydia ensured her guitar was only tuned once a month, meaning it’d develop discordant, bizarre sounds. For slide guitar, she’d use a knife or a beer bottle; noting that “glass gave the best sound.”

With James Chance and a motley crew of others, Lydia formed Teenage Jesus and the Jerks. The band quickly became bracketed with the No wave scene; an avant-garde music and art movement based in downtown New York which rejected shiny and produced New Wave music and the masculine bravado of Punk.

Though the band was only active for a mere three years (aside from a 2008 re-group with Sonic Youth’s Thurston Moore and The Bad Seeds’ Jim Sclavunos), Teenage Jesus and the Jerks were cemented in No wave history with the compilation album No New York. Released in 1978 and curated by Brian Eno, Teenage Jesus and the Jerks were one of four bands featured; though contemporary critics were aghast by this “ferociously avant-garde and aggressively ugly” music, the album is now considered a seminal record of underground artistic history.

“I’m too impatient and you’re just too late, my attention span is just not that great” so goes ‘Lady Scarface’ on Lydia’s first solo record. After forming her first band at the age of 16, it’s no wonder that Lydia had a tireless creative energy. Though she featured on a few tracks by James Chance’s ‘James White and the Blacks’ album, and was member of two other bands, Beirut Slump and 8 Eyed Spy, Lydia went solo in 1980. Black hair, red lips, black eyes, pale skin, seduction, leather; Lydia appears on the record cover for ‘Queen of Siam’ fully formed with a look still stead-fast today. 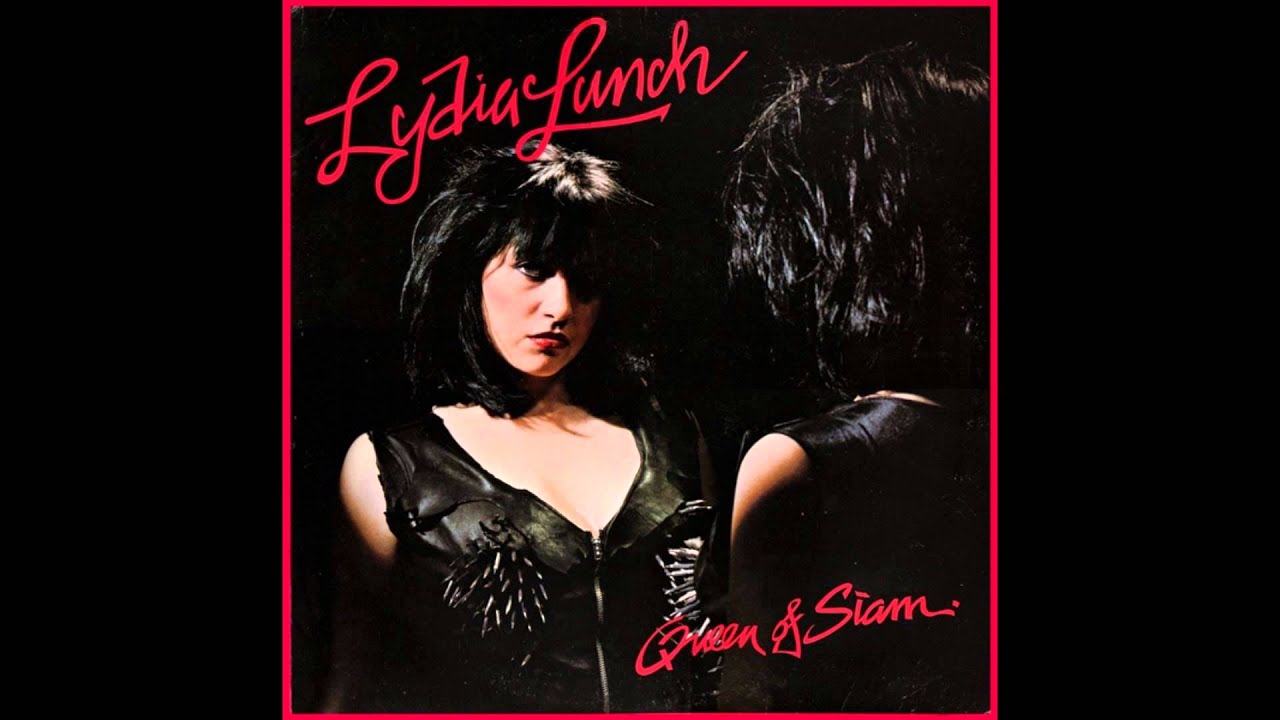 Somewhere between goth and jazz (Lydia’s love of Miles Davis’ ‘Sketches of Spain’ can be heard here), ‘Queen of Siam’ is as eerie as it is seductive. Though ‘Queen of Siam’ is surprisingly cinematic at times with warped ‘big band’ burlesque-style brass elements, easy listening this is not; with Lydia’s off-kilter cover of Dusty Springfield’s ‘Spooky’ being the most palatable track on the record; this is an album that makes your hairs stand on end and teeth grit. Spoken, Lydia’s voice now is gravel-like and deep, a testament to a life lived; singing, and she sounds innocent and sickly-sweet, a sharp contrast to the screams and shrill screeches this no-wave legend can produce.

As well as releasing three albums that decade, Lydia found time to form her own publishing and recording company, ‘Widowspeak.’ It was on this label that Lydia released ‘Honeymoon in Red’, a self-titled concept album by Lydia and members of Australian band The Birthday Party. After releasing a cover of Lee Hazlewood and Nancy Sinatra’s ‘Some Velvet Morning’ with The Birthday Party’s guitarist Rowland S. Howard, Lydia embarked on an entire album with the rest of the band.

Merging dark Americana inspired by Southern Gothic literature, Australian post-punk and Lydia’s New York underground, ‘Honeymoon in Red’ is a sinister collage witnessing the fall-out of some of post-punk’s most influential musicians. In the album, Nick Cave was credited only as ‘A Drunk Cowboy Junkie’ when things turned sour, though Lydia’s friendship with Rowland S. Howard persevered.

The two went on to release a collaborative album in 1991, in a review by Record Collector magazine, ‘Shotgun Wedding’ was hailed as “an essential document for darkside dog-walkers, as both a reaffirmation of Howard’s innovatory visions and a snapshot of one of the last century’s great damage-wallowing couples in fetid creative union.” 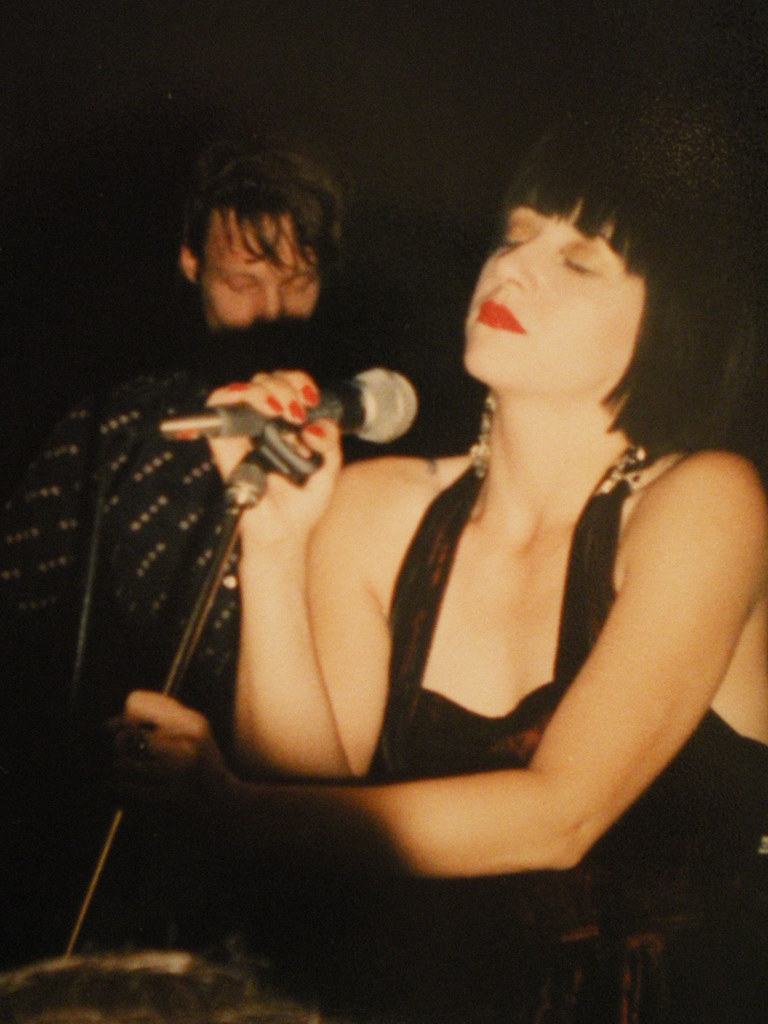 Rowland S. Howard wasn’t the only visionary Lydia was shrewd enough to collaborate with. A 1985 collaboration with Sonic Youth, resulting in the menacing track ‘Death Valley ‘69’ which was named one of ‘The 50 Most Evil Songs Ever’ by Kerrang! Magazine. Lydia’s response? “Obviously they haven’t heard the other 49 that I probably co-wrote as well.” To name just a few, Lydia has collaborated with everyone from Einstürzende Neubauten to Omar Rodríguez-López.  In 2009, Lydia joined forces with members of British alternative rock band Gallon Drunk to form the band Big Sexy Noise, they’ve since released two albums and toured strenuously. At the same time, she contributed to the Jeffrey Lee Pierce Sessions Project, launched after the death of The Gun Club’s frontman; covering a Lee Pierce song for the compilation album. Her finger still firmly on the pulse, Lydia recorded two albums during the pandemic, when she isn’t touring, she’s recording her podcast ‘The Lydian Spin’, it’s recent 170th episode aired earlier this week with David J, a founding member of influential British post-punk band Bauhaus.

Lydia not only continued to peruse spoken word but the written word too, publishing a rough autobiography in 1997 and even a cookbook in 2012. Though it may seem surprising for goth majesty to be providing recipes; Lydia’s surname was earned from cooking feasts to feed starving musicians, including Sonic Youth, Suicide and the Butthole Surfers. Proving that you can be provocative as well as generous; fierce as well as kind. Lydia’s latest venture is a film; ‘Artists: Depression, Anxiety and Rage.’ Alongside film-maker Jasmine Hirst, Lydia has spent two years interviewing creatives about their life-long struggles with mental illness and raising awareness for wellbeing. “As somebody that’s always been an apocalyptitian — and knowing that this bullshit is all cyclical, over and over, same as it ever was, this again — just knowing that, at an early age I had to find ecstasy at the mouth of the apocalypse,” Lydia said in a recent interview, “Pleasure is my ultimate rebellion. It’s what they steal from us. Fuck you, not going there. I’m a chuckle-fucker, what can I say?” 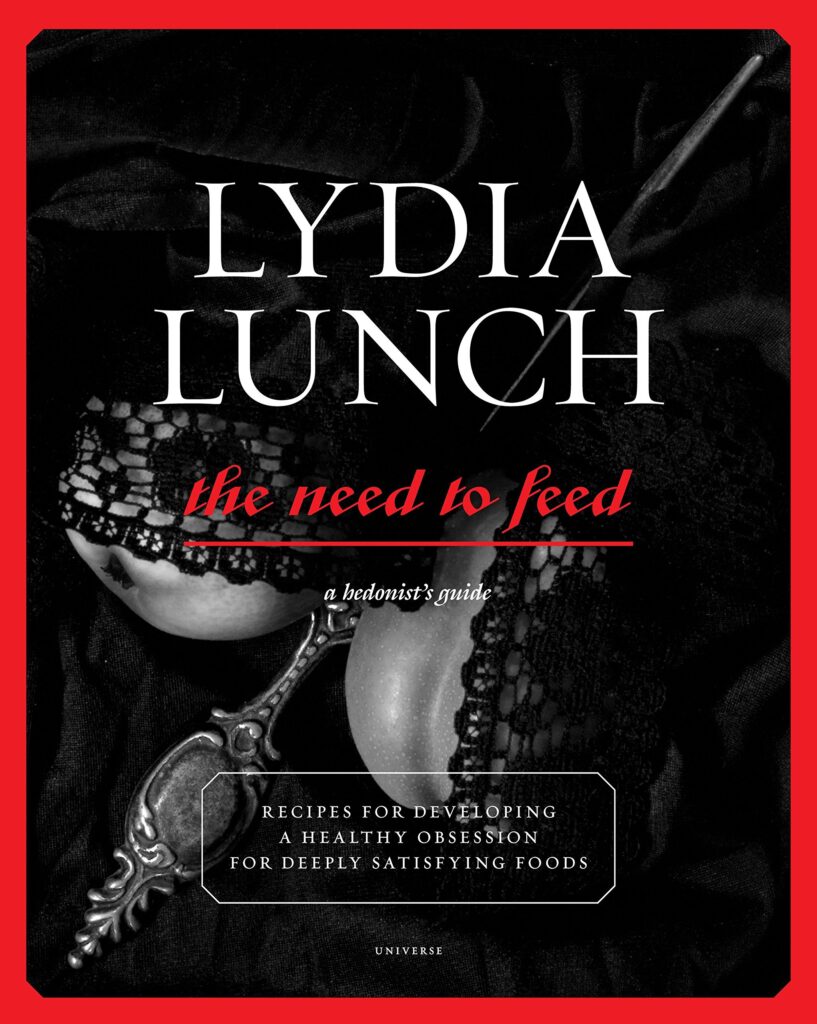 Ever heard of Lydia Lunch MUSIC No Wave Poetry Subculture