Ever heard of…. SU TISSUE 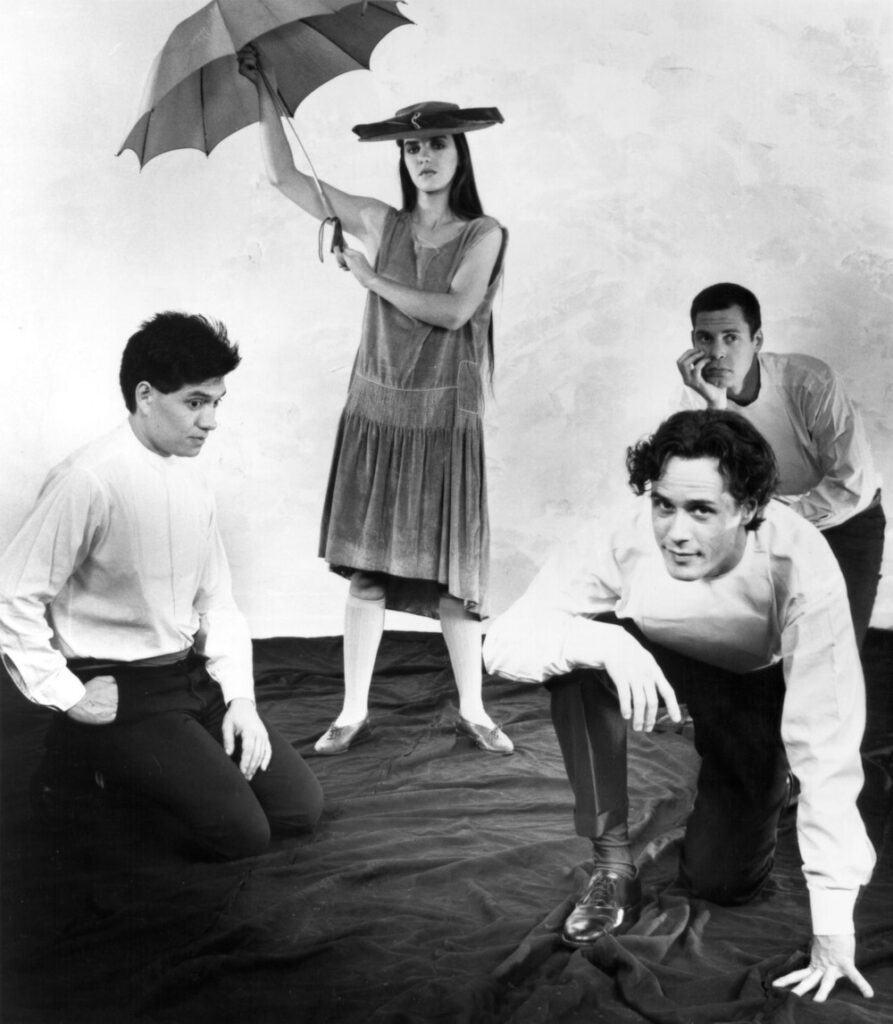 Often lamented as the pinnacle of post-punk amnesia; the incendiary absurdity of Suburban Lawns was all but neglected were it not for an enduring curiosity concerning the “disappearance” of Su Tissue, the group’s part-singer, part-bassist and part-keyboardist.

The band that would become Suburban Lawns arose when Minneapolis-born Sue McLane (later to pick up her Kleenex-associated alias) joined William Ranson’s group after meeting at Cal-Arts School in the late 70s. Following alterations in the line-up and band name, (previous iterations were called ‘Art Attack’ and ‘The Fabulons’) Suburban Lawns emerged in 1978, set to disrupt their namesake provincial monotony with lurching guitar lines and sci-fi sarcasm.

Su Tissue, Frankie Ennui, Chuck Roast, John Geur and Vex Billingsgate (the latter’s pseudonym named after England’s Billingsgate fish market) self-released their first single, ‘Gidget Goes to Hell’ on their own Suburban Industrial label in 1979. Suburban Lawns’ debut usurped the character of Gidget (a fictional 1950s surfing teen heroine) to a high-tempo tale of juvenile delinquency. Sounding as if The Beach Boys were unceremoniously submerged in the deadpan surrealism of Devo, Gidget meets a grizzly end in a fidget of twitching guitars (as visualised in the accompanying music video by Jonathan Demme, who went on to direct Silence of the Lambs.)

The Long Beach-based quintet went on to release their first (and final) album in 1981 on IRS. A masterwork of rollicking songs, Suburban Lawns’ self-titled debut LP is as raw as it is expansive. The two-minute-long track titled ‘Intellectual Rock’ is an apt synopsis for the band themselves; an outfit of art school absurdity, ricocheting between sanguine New Wave and Gun Club-esque surf rock (especially so when Vex Billingsgate is the principal singer.) Yet the instances when Su Tissue leaves the keyboard or bass and takes to the fore remain the most fascinating. Alongside the song’s bizarre refrain “I’m a janitor, oh my genitals”, it is Su Tissue’s vocal style which establishes ‘Janitor’ as the group’s most memorable song; her voice lurching from deep, Nico-like warbling to saccharine squeaks.

Despite supporting the likes of Black Flag, Siouxsie and the Banshees, The Fall, Lydia Lunch and The Clash, Suburban Lawns’ album failed to propel the band outside of their native California. By the time they entered the studio once more to record their follow-up, fissures had emerged and guitarist John Geur had left the group. Condensed from LP to EP, ‘Baby’ veered toward the realms of dance and funk-infused rock; shortly after its release in 1983, Suburban Lawns disbanded and subsequently dwindled in mainstream musical memory. Su went on to study piano at Berkley College of Music and released a small collection of mostly instrumental sagas; full of hypnotic, repetitive piano sequences and faint vocals. In 1986, she played a small acting role in Demme’s Something Wild; this was to be Su Tissue’s final public appearance.

Su was reluctant to have performances recorded and was notoriously shy, stating “I like music more than I like talking.” Yet, from the few surviving scraps of documentation, an intriguing and contrary figure emerges. Menacing in her aloof introversion, Su had a stage presence of “tense abandon.” Eloquently surmised in a 1979 live review in Slash Magazine: “when she finally decides to do her singing full time…your lame little heart knows that here is one of the fuckin’ toughest, most unique, most outstanding performing creatures you’re ever likely to see and hear […] so strange is her presence, so surprising in her way around the songs.”

On stage, Su does not dance or cavort but stands slack as her voice warps what it means to sing; a stark contrast to other front-women of the time who prospered off riotous displays of flirtation and fury. Photographs show an equally incongruous frontage, at times dressed like a demure, buttoned-up librarian, or donning futuristic blow-up trousers; Su’s unconventional appearance is reminiscent of her gaudier UK counterpart Poly Styrene of X-Ray Spex (insofar as both were a female front-women with a predilection for synthetic materials, when asked about her preference for wearing plastic clothing, Su replied “I just like them because they’re like bin bags.”)

Perhaps some would argue that the legacy of Suburban Lawns, and Su Tissue in particular, is negligible without the interest surrounding Su’s ‘disappearance’. Symptomatic of the modern digital condition – an expectation and ease of access to information – the underground renaissance of Suburban Lawns swelled in the last decade. Resurrecting a band that had fallen through the cracks, a popular Facebook group ‘Whatever Became of Su Tissue?’ examined bootleg recordings and swapped rumoured sightings or dubious facts about Su’s whereabouts. Online forums and YouTube comments declare that Su has become a house wife, or a lawyer, or a teacher; bemoaning “She is known for being elusive and aloof, but this is ridiculous!” Members of Suburban Lawns have given the occasional retrospective interviews, yet shed no light on the quest to find Su; drummer Chuck Roast testifying that “I myself have not seen nor heard from Su since the Suburban Lawns split.

The Facebook page has since been deleted, possibly due to the realisation that it was futile and encroaching to search for someone who doesn’t want to be found. Not that its dissolution has deterred the revived cult of Suburban Lawns; in 2015 their album was reissued on vinyl and as a CD, and a documentary about the band is currently in initial stages of research. As declared in the reissue statement of this “lost masterpiece”, Suburban Lawns were the “embodiment of everything that new wave was supposed to be: subversive, artistic, humorous and aligned to the timeless sensibilities of pop.”

The desire to uncover more about Su Tissue is to misconstrue what makes her so captivating and bewildering in the first place. Su Tissue is, or was, a contradiction. Her agency lies in being passive, asserting herself not through boisterous provocation but in peculiar sincerity. Vanishing without a trace was her greatest assertion yet. As stated by Suburban Lawns’ producer EJ Emmons, “She was quiet and sort of withdrawn. I thought she was perfect because she wasn’t bigger than life. She was smaller than life, but at the same time she could hold an audience in her hand.”