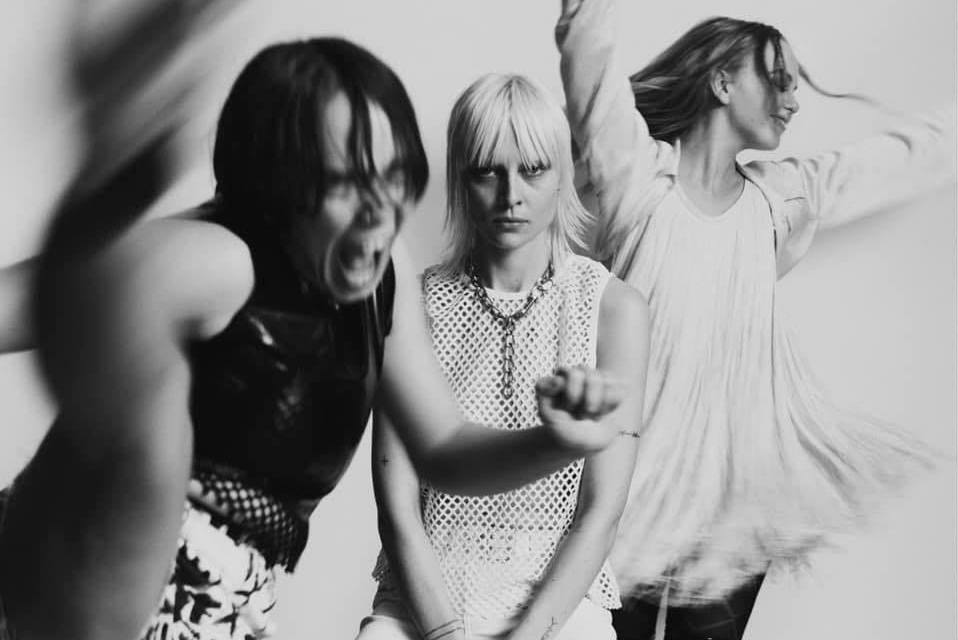 Underground has always been an advocate for women in music. Having already recommended some of our favourite female bands from Manchester, we’re heading to the south coast to explore the female bands from Brighton. From dream-pop darlings Fickle Friends to raucous punk band Pussyliqour, the seaside resort definitely boasts an eclectic range of talent.

Female bands from Brighton you need to know about

The pop rock three piece is one of the most exciting female bands from Brighton. Their successful self-titled debut showed that they could turn their hand to any genre and subject. Their dance-pop track ‘Somebody’ dives into the issue of rape-culture and identity while their heavy-punk track ‘F.U.U.’ acts as a call to arms. Consisting of vocalist Rakel Mjöll, guitarist Alice Go and bassist Bella Podpadec, the band also shares Lucky Number Label’s roster with Hinds. They both openly fight sexism in the music industry by purposely choosing females to work with.

Dream Wife’s second album So When You Gonna… is set to be released on 3 July 2020. It’s described by Rakel herself: An invitation, a challenge, a call to action. By choosing an all-female production team, the band is taking the notion of voting with your money. A band wiser than their years, and certainly worth a listen.

Black Honey may have taken close inspiration from the iconic Coca Cola logo for their own bootleg merch designs, but their music has confirmed the band’s originality. Since exploding onto the scene in 2014, the indie-rock band has gained critical acclaim for their cinematic music videos and equally ambitious music. Their self-titled debut album features the disco-esque ‘Midnight’ as well as the catchy ‘All My Pride’.

Their retro style is led by lead singer and frontwoman Izzy B. Phillips, who boasts a classically powerful Amy Winehouse meets Lana Del Rey vocals. Taking inspiration from her previous jobs in an American diner and vintage shop Beyond Retro, the band is actively creating a substantially individualistic image. Their latest track ‘I Don’t Ever Wanna Love’ is a slower yet immersive tune that focuses on synth and violin additions. The honesty and vulnerability in their songwriting is second to none, and best witnessed in their live shows.

When it comes to female bands from Brighton, you can’t miss the famous punk rock outfit Yonaka. Led by frontwoman Theresa Jarvis, the band had gone from strength to strength since 2014. They cut their teeth with powerful debut single ‘Ignorance’ and haven’t looked back since. The debut album Don’t Wait ‘Til Tomorrow saw them maturely raise awareness about mental health. Last year, they even tackled Taylor Swift’s track ‘You Need to Calm Down’ in a Spotify Session at Abbey Studios, earing praise from Swift herself. This band has got strong ambition and doesn’t require the bells and whistles to thrive.

Our Girl consists of guitarist Soph Nathan, whom you may recognise from her other band The Big Moon. The line-up is completed by drummer Lauren Wilson and bassist Josh Tyler. Having been friends for years, such intimacy and closeness of their bond is easily noticed in their debut Stranger Today. From the opening track ‘Our Girl’ to closing track ‘Boring’, the album is dripping with riffs and you’re consistently reminded that they aren’t just another beige-toned band. The themes of growing up and first loves are discussed with heartful melodies and slick guitar work. The band has also released a further collection of their tracks on albums Bedroom Record and Live at St Pancreas Old Church. The pared back appeal on both really allow their tightness as a band and clear talent to shine.

Boasting a sound as abrasive as their name, PUSSYLIQUOR is a band that lets their music do the talking. Perhaps one of the most outspoken female bands from Brighton, their profile proudly proclaims that they are “pure uncensored female rage” by “putting the amp in tampon, raising oestrogen levels wherever they go”.

They aren’t a band to shy away from questioning the status quo, and this is best illustrated by their track ‘MY BODY. MY CHOICE’. It’s a perfectly raucous track, grabbing you by the throat from the get-go. Their fiery track ‘Pretty Good for A Girl’ also sees the band calling for empowerment. You won’t be able to help but join them in the much-needed movement against the patriarchy.

Synth-pop band Fickle Friends are fronted by a strong female themselves – Natassja Shiner, a confessed yoga teacher, vegan and promoter of sustainable fashion. The band has been championed by both Huw Stephens and Jack Saunders, and their successful debut album You Are Someone Else was instantly placed in the Top 10 of the album charts. Despite an upbeat melody, ‘Hard to Be Myself’ cleverly explores the uneasiness of feeling out of place at a party. Last but not least, their latest track ‘Eats Me Up’ discusses the cons of social media, a topic so prevalent in our society.