FOOTBALL CASUALS- Getting sussed for the first time 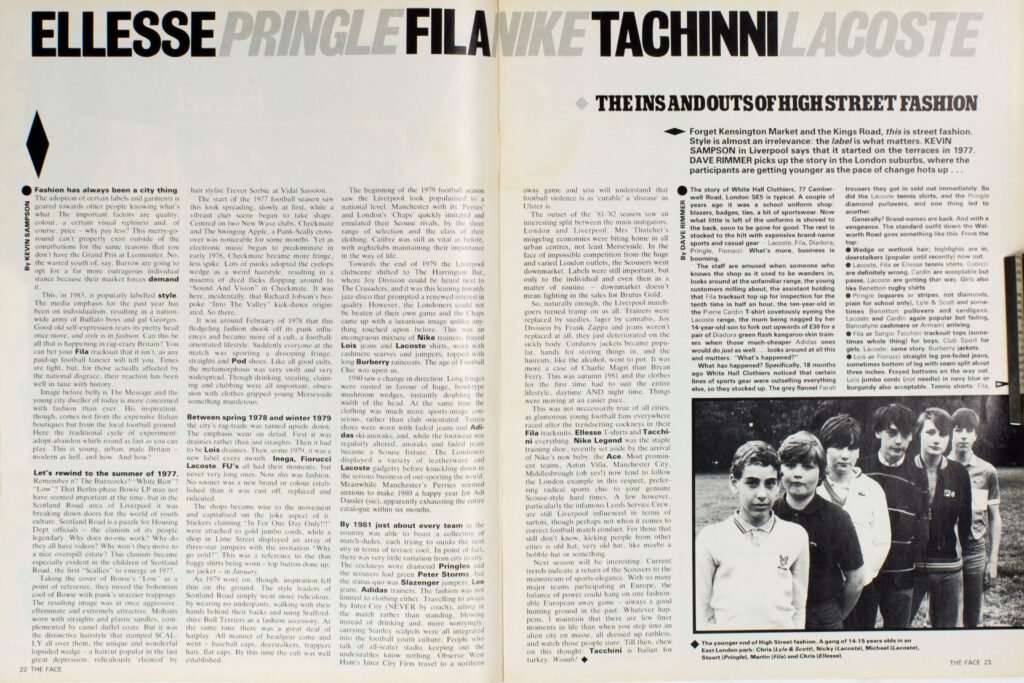 The Football Casual has always been sub culture with a difference. Distinguished by their actions on match day and a cool dress sense rather than flamboyantly dress and adherence to a new music wave. Barely recognisable to anyone other than themselves the genre is in stark contrast to say, New Romantics, whose very purpose seemed to be to attract attention. For the Football casuals tramping the streets around Football grounds up and down the UK back in the early 1980’s there was that feeling of being part of an unknown coolness. Sure enough a Scottish Lambs wool sweater that was the uniform of Golf Club elite or a pair of Trainers that would be more at home at Roland Garros were a bit out of place on a pack of Football lads in Liverpool or Manchester. But nobody really noticed (apart from those few lads within the support at the main Football clubs around the country). It was almost Masonic in its own way – a world of secret Sportswear labels rather than secret signs or handshakes.

No doubt that the violence associated with the Football Casual helped to surpass the reporting of the trend. There was no way that the stylistic prowess of the “ football scum “ would get any column inches in the press when they were wreaking havoc in some shopping precinct in Nottingham or Stoke.

They remained more or less unknown until that issue of the FACE magazine- issue 39 July 1983 that is. The simple banner read

That was it the cat was out of the bag, (or probably out of the Head holdall) and the game was up. Those that knew were now joined by those that knew about it. Every kid in the country whose parents had enough money to kit them head to toe in Sports club casual was onto it. There was a scramble for “first rights “. Scousers, Mancs, Cockneys and Scots, instead of kicking off on some side street outside of a football ground, were brawling across the newsprint of magazines and fanzines about who had been first to wear a pair of Adidas Forest Hills.

The article itself, skilfully and knowledgeable written by Kevin Sampson and David Rimmer was a 4 page account of the rise of the Football Casual and their obsession with sports fashion. 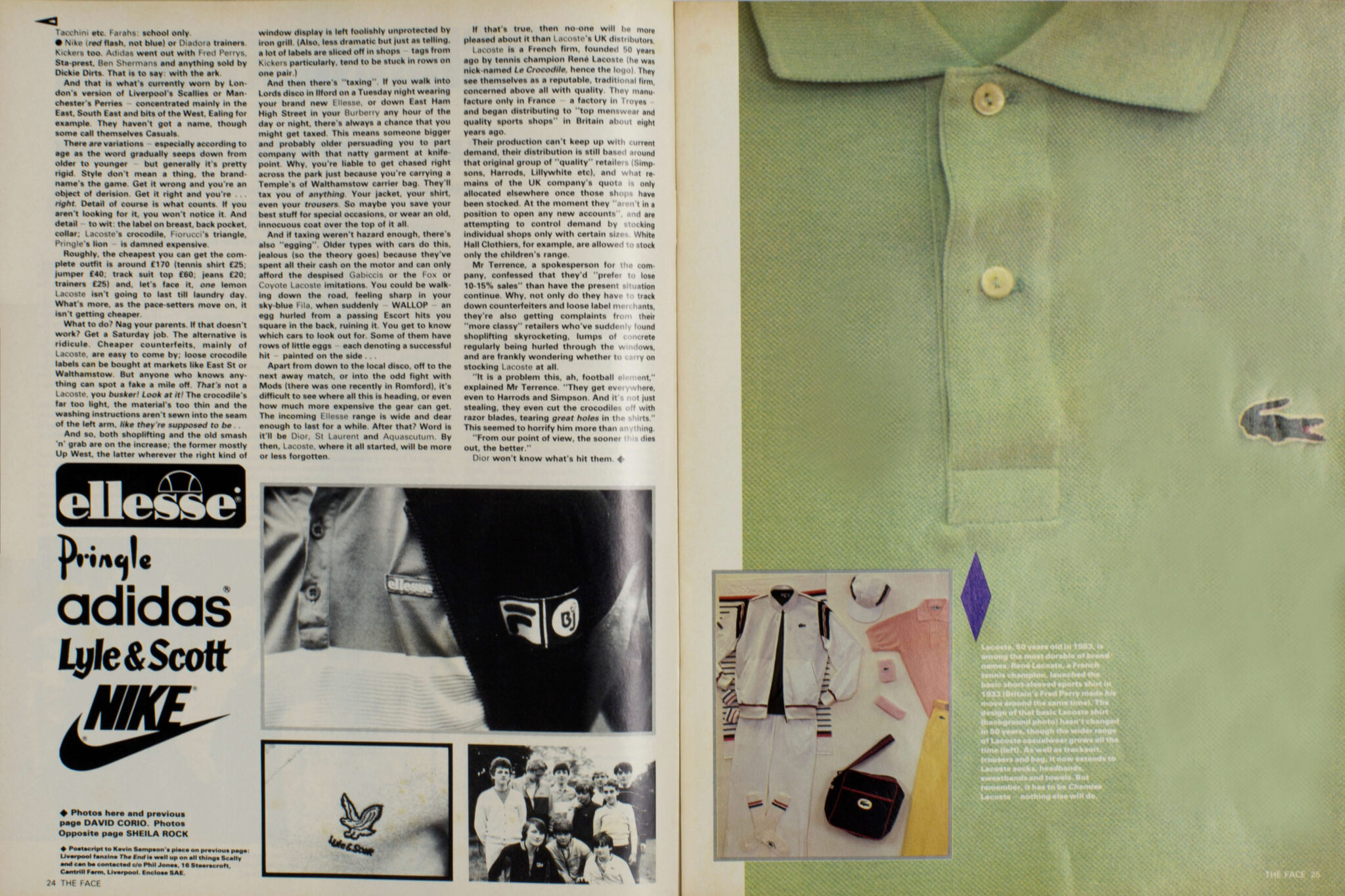 It was followed in the next issue with a handful of letters that started the scrap for ownership of the trend. 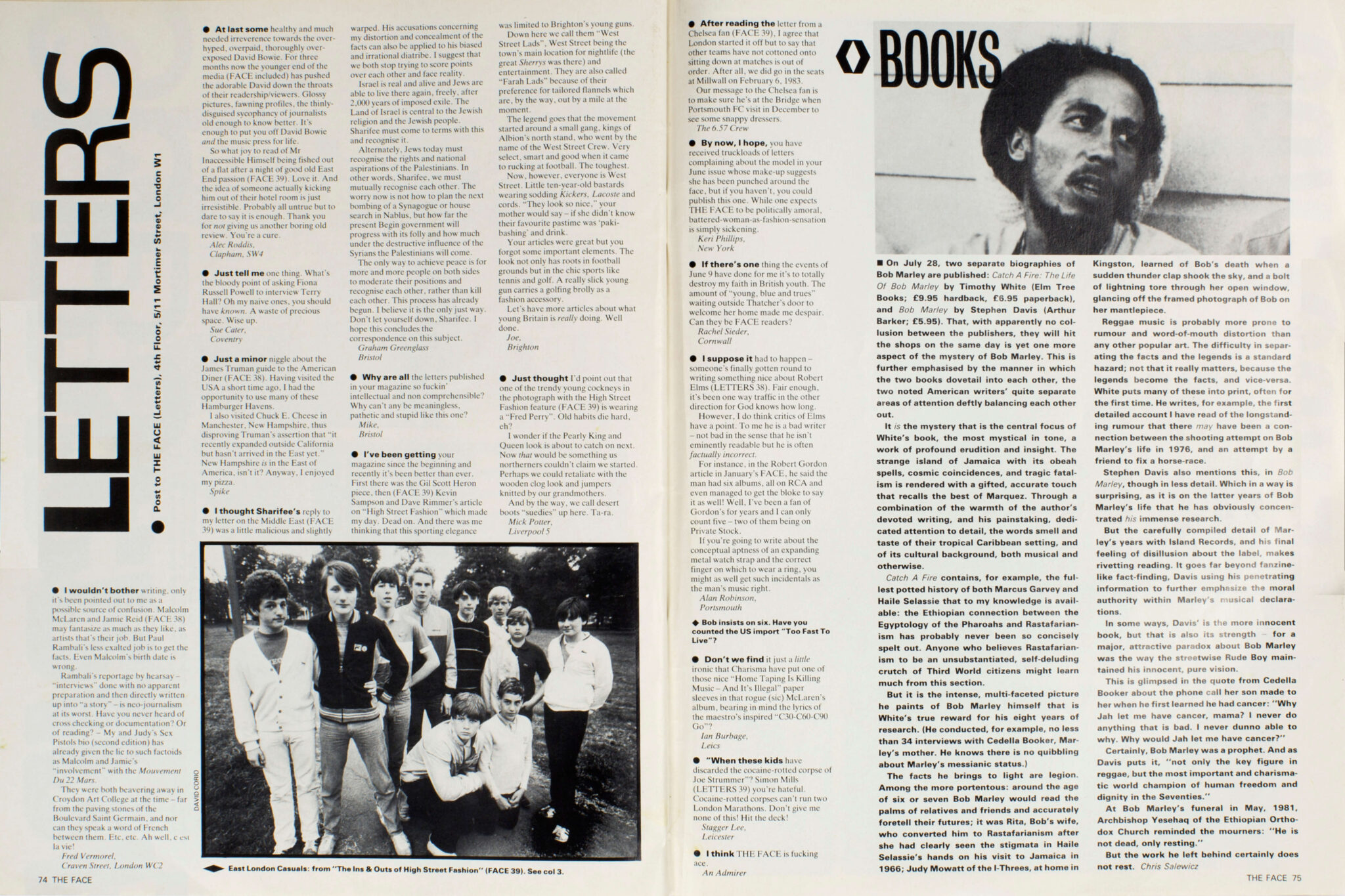