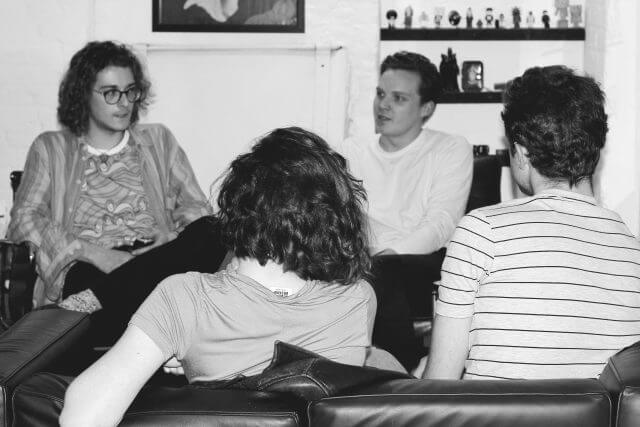 Meet Gaygirl, a young South London based Noise-pop/Grunge/Indie 4-piece band that visited out headquarters during the recording of their debut EP that is releasing soon.

Tell us a bit about Gaygirl?

The four of us have been a band since March 2016 and we are made up of a drummer, a bassist, a guitarist and a singer.

We have a range of different styles and different influences. We’ve got a lot of 90s influences and a bit of grunge, its a bit noisy really. There are new wave influences, a mix between jagged sounds and strong guitars but also somewhat euphoric elements with Bex’s vocals and our chord sequences.

We are trying to bring honest guitar music back. It’s a bit of fun and we aren’t taking it too seriously, although the music is quite dark. Someone described it as Indie Noir.

Bex / Lewis / Jake / Louis, how long have you all known each other? What inspired you to make music together?

Bex and Lewis met first when she was fundraising and signed Lewis up for the charity she was fundraising for. They started to hang out and write music together that’s when Jake got on board. The rest of it’s to do with parties really !- just getting drunk and suggesting what each person would do in the hypothetical band. Then on the spot, we were like do you wanna be in the band?

What do you do individually?

Bex: I sing and play or I try and play guitar.

Lewis: I play the accordion!! – No, I guess I play lead guitar and sing a little bit every now and again.

Jake: I play bass and sing as well.

What is a typical day/week making music like for you?

GG: We gather together every Wednesday for rehearsal and it usually includes running a set that we’ve had for a while. Recently however, we have been writing a lot more together.

Louis: Either one of you two (Bex and Lewis) come up with an idea or a melody and we kind of fuse it in the practice room and put it all together.

Jake: It feels like a combination of two groups really, without trying to separate us. Becky and Lewis will write the songs or the lyrics then brings that to Louis and myself and we see what we can do. This changes around a lot.

GG: Also they are never written in the same way. When we come up with something, it comes together really quickly if it works; we are always on the same page, even when we first started we have never had to argue. There is always a base of the sound which changes as we play through it cause each of us will hear something to add on top of it. It’s pretty organic, we aren’t focusing on a genre, if it’s right, it’s right. 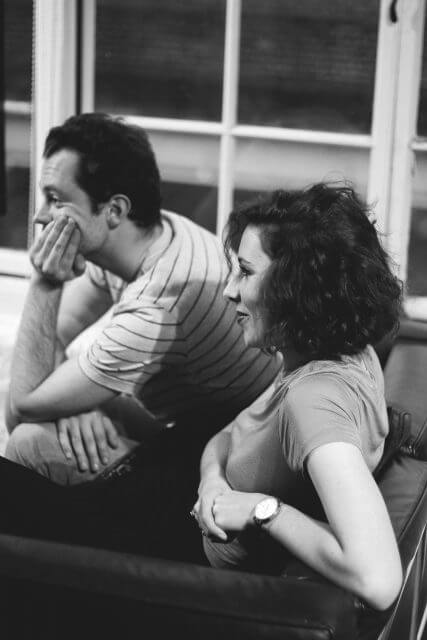 What/who influences you most in music?

Louis: I’ve got an insane range of inspiration. I love Jazz, Soul and Funk but I also love grunge and the Beatles and 60s music. My personal playing style revolves around I don’t know I play what’s in front of me, someone once told me that. I play to what I think I would like to hear, that’s how I go about it.

Jake: I’ve always been into counter-cultural musical influences; I have a massive background in Punk, alternative 90s rock. I definitely find inspiration in grunge and what was going on over here too. I’m a massive fan of Pop music as well. I’m a huge fan of the 3-minute pop song with its melodies and hooks so yeah.

Lewis: Same with me actually, I like a good pop song. But then I like the darker stuff as well. I don’t know really verging on the dark really industrial dance music. The alternative side I suppose. The 80s and 90s, I’m a Pixies fan, just good raw sounding guitar with substance and power behind it. That’s me.

Bex: Yeah, well I feel like most of its been covered really! I like a range of stuff as well. Pop music but also post-punk, 80s lots of things. I think you can be inspired by music you don’t sound like, and we don’t sound too much like the music that inspires me the most. 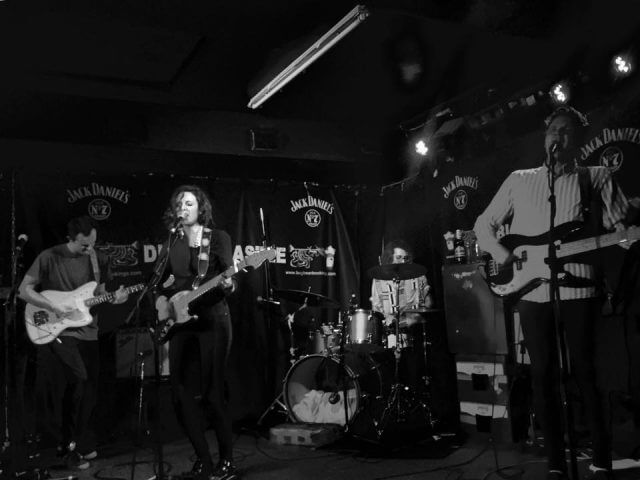 Interesting. So what inspired your debut single Dance to Death? It’s really dark.

Bex: Well Lewis and me work together, that’s where we met the director of the video, Alexander Gudmestad, he and his girlfriend came up with the concept. It’s basically that we are playing to these people and they sort of are enjoying it, but then they realise they can’t leave. It drives them crazy so they all end up dying. It’s based around an old Spanish movie about these people that go to a dinner party where a similar thing happens. The song itself was inspired by The Rite of Spring, a ballet by Stravinsky.

Jake: It’s like a narrative isn’t it, of the girl

Bex: Yeah. There’s a sacrificial dance in the ballet and I was inspired by that. 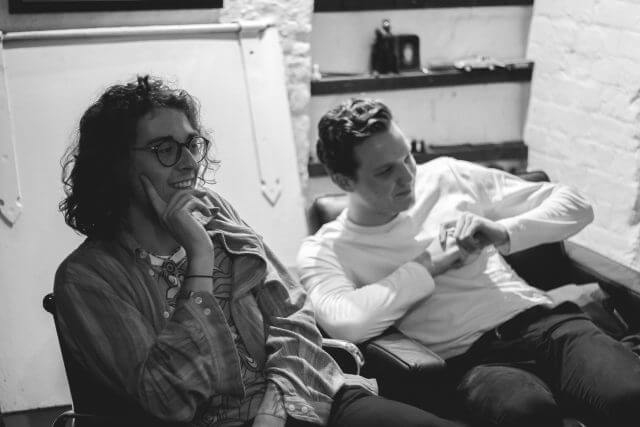 Tell us about the Brixton Hillbilly label. Did you record it with them?

GG: We love those guys; they have a rehearsal studio in Brixton. The first time we went they really enjoyed having us there and it has been a family ever since. They put the record out for us *You can buy it online – little plug* But it’s just been great having them. The EP is recorded at the studio. We really can’t big them up enough. They’ve got an attention to detail and they just listen! They listen to what we want. There was a real conversation about how we wanted to record and sound like and we don’t think it could have been recorded better; it sounded exactly how we expected. So we are really lucky.

The new EP. How many songs are in it?

Gaygirl: There will be 3 songs and there might be a remix of Dance to Death that Jake’s working on in another project.

GG: We’ve got some gigs lined up already; On the 4th of February we will be playing at Hoodoos. On the 15th February we are doing an Anti- Valentine’s day gig at The Windmill in Brixton.

Underground inspires and is inspired by British subculture, both contemporary and from the past. Which subculture has had the most influence on you?

We are quite subculture-y I guess – with all of our influences. Everyone knows the Creepers; it is an iconic British brand throughout a long period of time, and it still stands contemporarily. I don’t know what it is about UG but I just love their shoes; it reflects certain stages of time and relevant subcultures.

Gaygirl is dropping their new EP soon; Listen them on soundcloud and meet these new talents at their gigs!

Listen to them on Soundcloud: https://soundcloud.com/gaygirlmusic