THE GIMP MASK – THE BONDAGE CROWN OF ANONYMITY 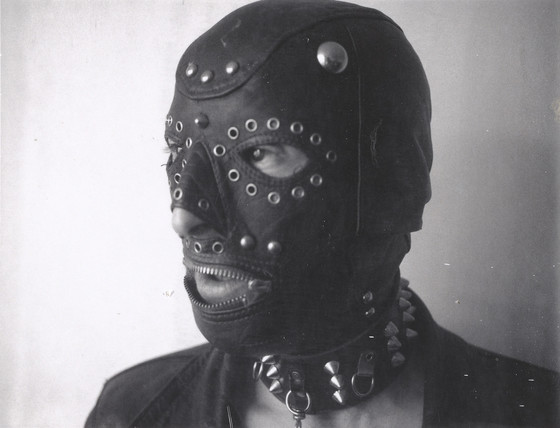 The Gimp Mask- While a certain cohort of the sartorially minded has immersed itself in the unabashed girlishness of the Y2K era – all micro miniskirts, diamante crop tops and baby pink- others, who like their sexy served with a side order of subversion, have been whipping out the talcum powder, buckling into their shiny, shiny boots of leather and taking cue from the dimly lit and latex clad worlds of fetish wear.

But for all the corsetry and sweat inducing PVC get ups, it’s the sight of the gimp mask adorning (and concealing) the faces of the belles du monde that has aggravated the mainstream most, inspiring a slurry of sensationalist think pieces on how the appearance of zip and lock style in the public arena signals the quote-on-quote “degeneration of society”. 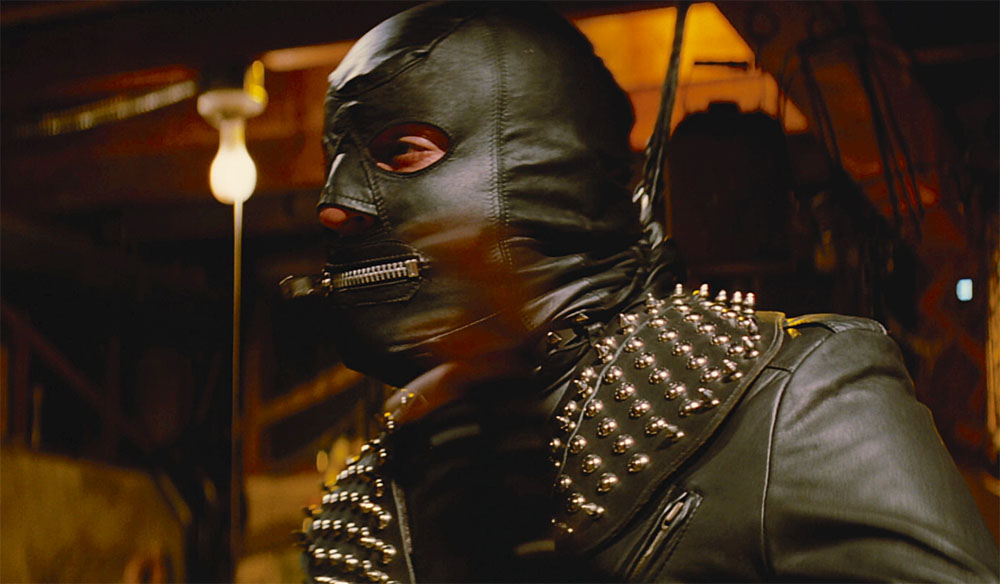 Debatably, the gimp mask entered public consciousness in 1994 with Quentin Tarantino’s Pulp Fiction and its character of The Gimp; the bondage gear clad, mute, and psychopathically violent creature living in Maynard’s pawnshop basement, subservient to conduct his wicked deeds. It’s this stuff of nightmares image of the gimp and ‘extreme’ bondage wear that has permeated pop culture to this day, yet the wearing of the bondage hood within BDSM subculture can be evidenced in the communities’ underground press as far back as the 1940s, as well as forming an important part of the aesthetic culture of queer sex club scenes in the 1970s and 80s, as documented in the photography of Robert Mapplethorpe (image below )

Transgressive, provocative and simultaneously a symbol of sexual empowerment and dehumanisation, the gimp mask made its first foray into the minds of fashion designers in the mid-1970s when a then virtually unknown Vivienne Westwood decided to give her Kings Road boutique a makeover – transforming the premises of the then rockabilly themed outfitters to the rubber curtained and SCUM manifesto graffitied punk mecca of SEX. In line with taboo-busting philosophy of the burgeoning brand, alongside Westwood’s own designs SEX stocked the wares of specialist bondage and fetish wear lines such as Atomage, London Leatherman (image below) and She-And-Me; the type of gear only usually found in (and associated with) the seedy alleyways of Soho.

As punk style morphed into the glitzier, more ostentatious incarnation of New Romantic and brash guitar riffs were replaced by thumping electro and sexy disco beats, the gimp mask became a prominent feature in the theatrical style of one of these new vanguards most influential and outlandish personas: Leigh Bowery. The club kid/ performance artist/ walking work of art’s costume creations, which married the camp with the uncanny, genderfuckery and carnivalesque overblown proportions have provided endless inspiration to fashion designers ever since. And by extension, the gimp mask as the ultimate symbol of provocation by fashions Avant Garde and enfant terribles. 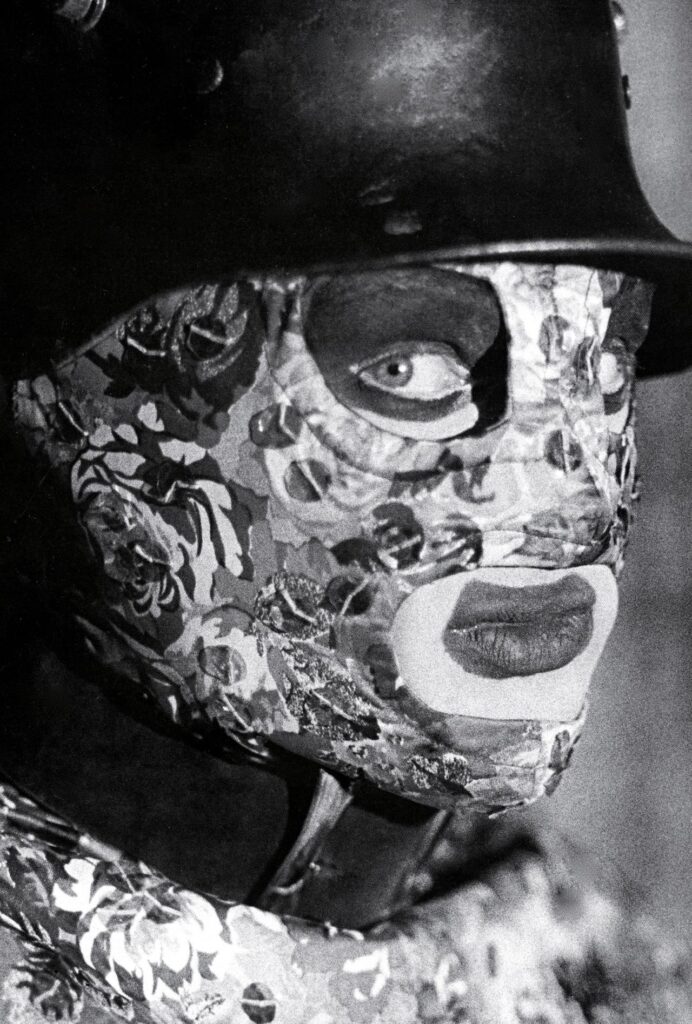 The lineage of Bowery’s gimp mask legacy can be seen in the alien domanatrix glamour of Thierry Mugler, the hounds toothed sex dolls-who-lunch of Jean Paul Gaultier’s 1991 French Can Can collection, the club kid inspired, dark-sided sculptural drama of Gareth Pugh in his spring/summer 07 collection (and again in spring/summer 2019), and most recently, the chintzy kitsch-cum-kink designs of Richard Quinn.

Arguably, it is the work of two Belgian designers that have continually referenced the gimp mask most prolifically throughout their careers. Further, harnessing and exploring some of the more nuanced and complicated psychological aspects that make the bondage hood so subversive (and dare we say it, unsettling). Martin Margiela first tapped into the Jungian possibilities of the identity concealing garment at his debut collection for spring/summer 89, the omnipresent motif reappearing again in the jewel toned decadence of autumn/winter 95, the sheer, skull like offerings of spring/summer 96, the Maison’s anniversary collection in spring/summer 09 and the bizarro-baroque ornamentations of spring/summer 2014- the same year John Galliano became head of the label. The other Belgian, Walter Van Bierendonck has explored the gimp masks’ many guises since the 1980sfrom homoerotic symbol, sci-fi fantasy characters and colourful latex, Mexican wrestler inspired creations. Bierendonck’s love of face obscuring garb even saw him co-curate the exhibition The Power Of Masks – featuring work from Jean Paul Basquiat, Cindy Sherman, and Picasso- at the esteemed Wereldmuseum, Rotterdam in 2017. 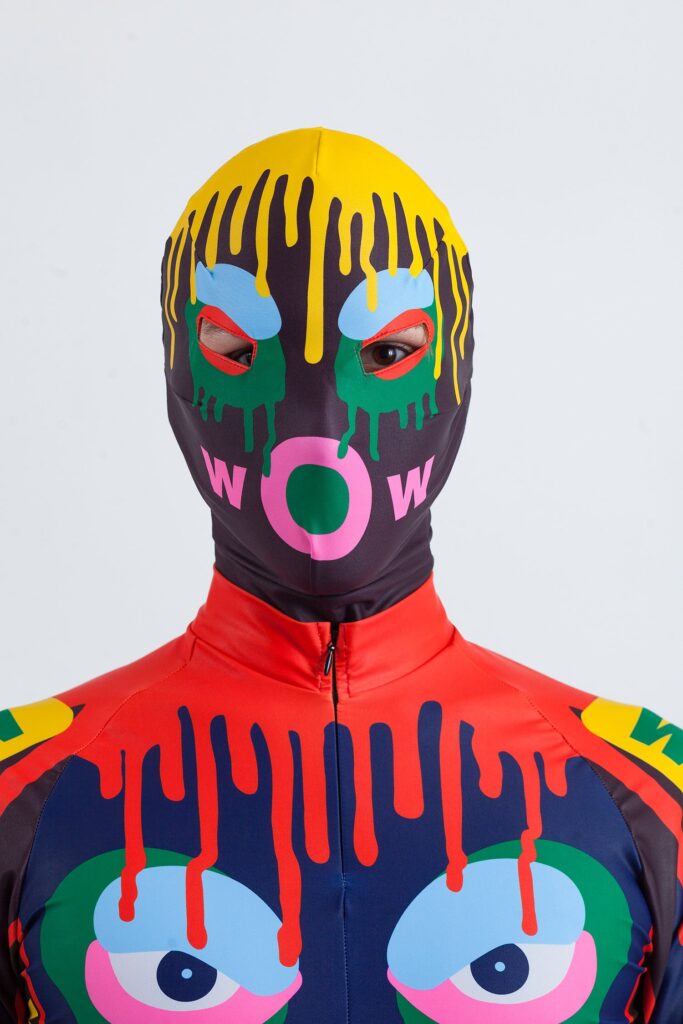 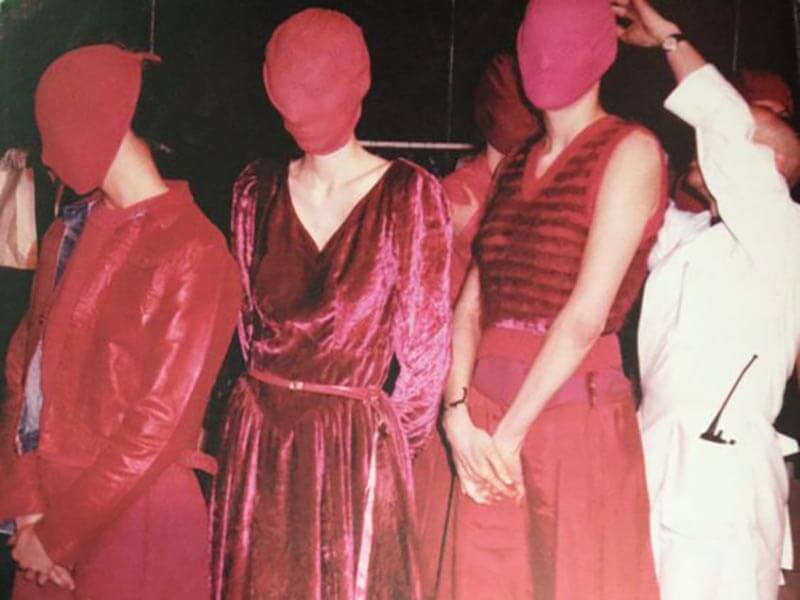 The enduring appeal of the gimp mask seems to lie in the object’s very facelessness. By concealing and taking away the wearer’s most defining and characteristic features, rendering them anthropomorphic and not recognisably human, the mask’s anonymity becomes a blank slate to project the fears and anxieties of the age- particularly ones surrounding desire, identity, gender, power, and surveillance. In our own times of Orwellian data surveillance, facial recognition software and the increasing blur of our IRL/URL selves, it’s no wonder that the potent symbol of the bondage hood has become the fashionable way to express our collective, existential angst – and further, no surprise that numerous cultural satirists, have cleverly recognised the garments potential to reflect the zeitgeist. Added to a cultural climate wherein non-normative sexual practices and kink communities have more visibility and acceptance than ever before, the anonymity rendering qualities of the mask have been reframed from their original sadomasochistic connotations of degradation to represent that most rarefied of thrills- the pleasure of not being perceived. 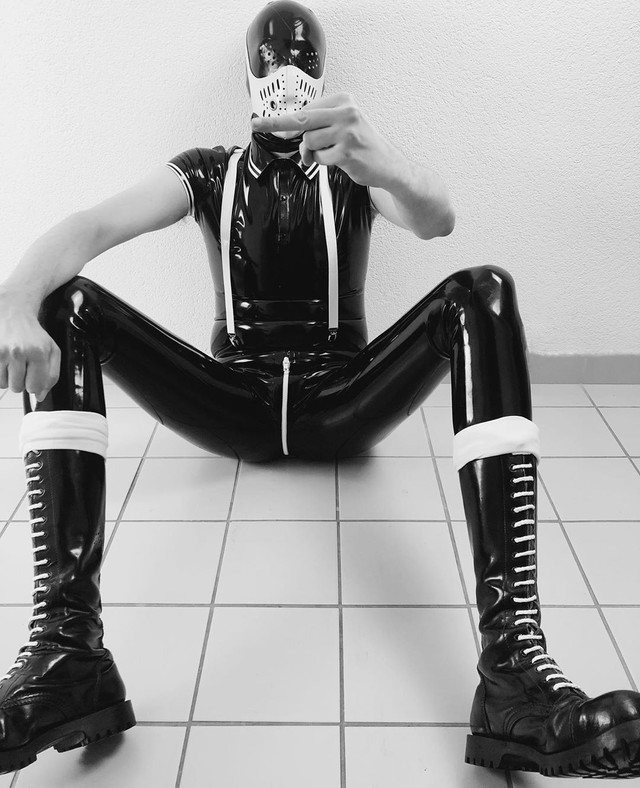