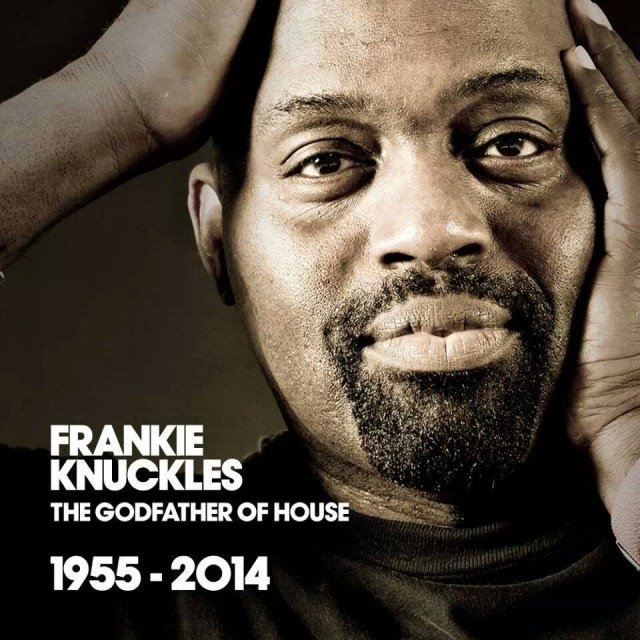 It’s the anniversary of his death and today we honour the legend Frankie Knuckles.

“Frankie’s work helped open minds and bring people together, blending genres to capture our attention and ignite our imaginations,” wrote the President and First Lady of America. Francis Nicholls aka Frankie Knuckles, was an American DJ and record producer born in The Bronx, New York 1955. Often called ‘The God father of House music’ he played a major role in popularizing the genre in 1980s America when it was fresh on the scene. Through his long entertaining and engaging genre mixing sets to his DJ booth sessions at his clubs in Chicago the Warehouse and Power Plant he laid the foundation for contemporary electronic dance music. He drew such a big crowd to the clubs that the Warehouse went from being a predominantly gay black male club to pretty much a hybrid dance scene club in little over a year. Inspiring and creating a springboard for young artists hoping to make waves in electronic music back then and even today. ‘Your Love’, ‘Baby Wants to ride’ and ‘Tears’ are just a few of the all-time classic tracks he created from his collaborations with artists like Jamie Principle, Satoshi Tomiiee and Robert Owens. With Frankie music was not subdivided into separate entities they were more like different frequencies that he courageously and skilfully strung together to create something new, painting pictures in the minds of his listeners, sound in colour.

“He was a trailblazer in his field, and his legacy lives on in the city of Chicago and on dance floors across the globe.” Winning a Grammy Award for Remixer of the Year, Non-Classical, having the street where the old Warehouse was named after him, 25 August 2004 was Frankie Knuckles Day in Illinois and his induction into the Dance Music Hall of Fame are just a few of the amazing things he achieved in his lifetime.