The Ultimate Halloween Tracks: No Matter The Agenda, Only The Essentials With No Tricks Just Treats 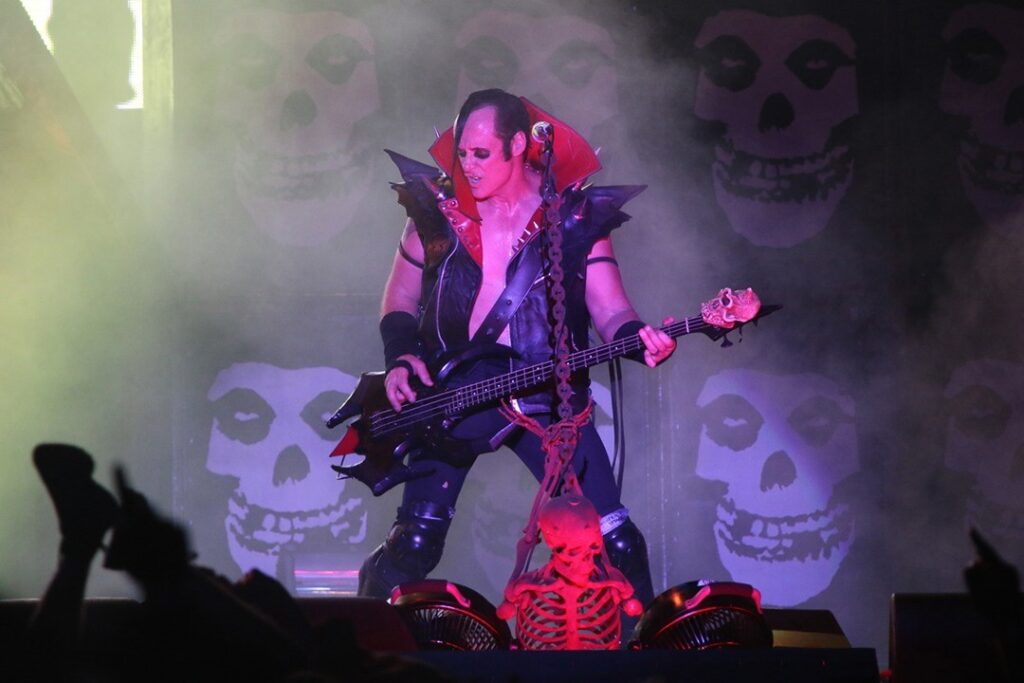 With the leaves falling and nights getting shorter, Halloween or the affectionately named ‘Spooky Season’, is just around the corner. Classic tracks such as ‘Time Warp’, ‘Ghostbusters’ and ‘Thriller’, might be the usual candidates for the soundtrack of your ghostly evening. However, we decided to put together a list of the ultimate Halloween tracks, with some hidden gems which you may have forgotten about. Happy haunting.

‘Dig Up Her Bones’ by Misfits

‘Dig Up Her Bones’ from Misfit’s album, American Psycho (1997), may have the fitting sound of howling woven into the track, however, the music video accompanying the high-powered punk track is the real cornerstone of it. Directed by John Cafiero, it was the first official video released by the band and even features a graveyard and original snippets from horror classic, Bride of Frankenstein (1935). If their aesthetic alone was not morbid enough, this track is enough to make them champions of the horror-punk genre.

The lead track from his album Original Musiquarium (1982)

Musical genius Stevie Wonder’s chilling track ‘Superstition’, is a symphony of saxophones and clavinets, expertly mixed with his signature vocals. The much-favoured soul track has stood the test of time in regards to pop culture, even appearing from the likes of horror film The Thing (1982) and to a recent McDonald’s ad promoting a ‘Trick! Treat! Win! Game’. Despite being created due to Wonder’s scepticism of superstitions, such as Friday the 13th, we can only be sure that it is a track to be enjoyed all year round.

Led by a cowbell, ‘Don’t Fear (The Reaper)’ from their album Agents of Fortune (1976), has rightly become a cult classic since its release. From being featured in “Halloween” (1978) to “Gone Girl” and “Orange Is the New Black”, it’s theatrical macabre has long been recognised. The rock track is centred around the belief that morality could be kept by love if the latter was strong enough- hence the references to star-crossed lovers, ‘Romeo & Juliet’ and the changing of the seasons signalling the passing of time. A high-geared rock track perfect for your Halloween evening.

‘Werewolves of London’ by Warren Zevon

Despite being borne out of a joke between Phil Everly and Warren Zevon years before Excitable Boy was created, it’s fan-favourite status is certainly no laughing matter. The spoof track featuring howling and a catchy rhythm is a must for the autumn festivities- if it’s good enough to be covered multiple times by rock band The Grateful Dead on their Halloween tour dates, it’s good enough for us.

‘Zombie’ by The Cranberries

This often-forgotten protest song, tackling the real fear and fallout of the IRA bombing in Warrington in 1993, was a brave move from The Cranberries. Released on their album No Need To Argue (1994), ‘Zombie’ the alt-rock track features Dolores O’Riordan’s ethereal vocals, which truly evoke a spine-chilling atmosphere. Mixed with the hard-hitting instrumentals and lyrics, it is a track fit for not only Halloween but any day of your choosing.

‘I Was A Teenage Werewolf’ by The Cramps

Well known for their tendency to blend B-movie horror, as well as punk-rock with rockabilly, it would not be right to miss The Cramps off this list. Found on their album Songs The Lord Taught Us (1980) as a remaster, this rockabilly track instantly proves why it is ever so fitting to be played on Halloween. The opening lines “I was a teenage werewolf/ Braces on my fangs”, will quickly draw you into this spooky, guitar-driven masterpiece.

‘Spellbound’ by Siouxsie & The Banshees

Lead track ‘Spellbound’ from Juju (1981) is a haunting number, which likens the feeling of being in love to being under a spell. Juju is already widely noted as a successful goth-pop venture for the band, however, ‘Spellbound’ perfectly encapsulates it. The gothic, monochromatic style of the band and especially their frontwoman Siouxie Sioux, worked completely with their ingenious artistic vision. A truly enchanting track, sure to cast a spell on you.