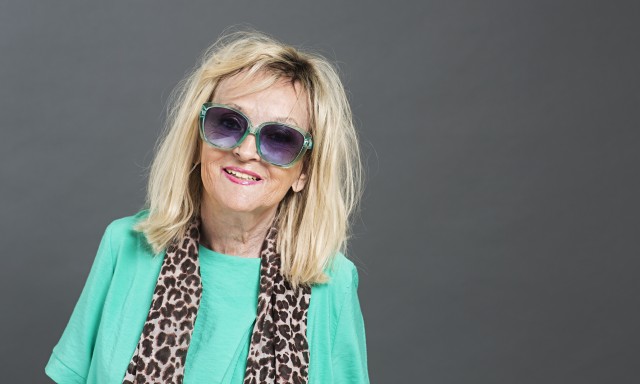 After joining BBC Radio 1 in the seventies, Annie has blessed us with over four decades on the decks.

Beginning her career as a journalist in the 60s in the eccentric Brighton where she wrote columns for the Daily Express, Cosmopolitan and Daily Sketch, Annie moved onto presenting in the mid 60s for ITV pop show ‘That’s for Me’.

Ceaselessly enthusiastic about music, Annie began her career in broadcasting at Radio 1 in 1970. Initially rejected, it was the Beatles press officer, Derek Taylor who persuaded the station to let her audition. Eventually Annie landed a Sunday evening show, proving very popular, later moving on to a singles review show titled ‘What’s New’.

As the first female on Radio 1, Annie also bought a new perspective to the show. She was a pioneer, being one of the first DJ’s to regularly play music from CD’S on the radio. From acid house to the grime scene, Annie has always had a good ear for music.

Her career has involved hanging out with some of the biggest names in British music from The Beatles to The Who to The Rolling Stones. Awarded an MBE in 2001 for her outstanding support to British Music and her services to broadcasting, Annie is considered a legend in the music industry.

With her irreverent humour and fierce knowledge of music, Annie has a personality we all have grown to love. She once said ‘every moment you’re not listening to music is a moment wasted’ – damn right.

Still on the decks, Annie delivers the freshest music Wednesdays between 01:00 and 04:00.