Feedback, Distortion, an Exploration of Sound: A Brief History of Shoegaze 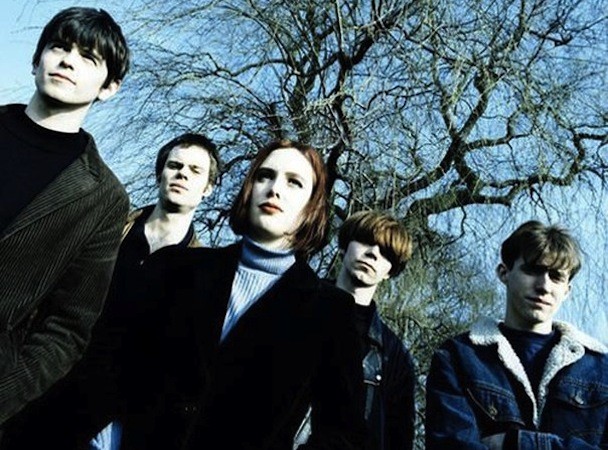 A brief history of shoegaze: English shoegaze giant Slowdive at their photoshoot for second album Souvlaki

Emerged in the United Kingdom in the late 80s, shoegazing has garnered a niche but dedicated following with its shimmering vocals, reverberating guitars and textural distortion. Till this day, music fans are debating which of the holy trinity has prompted the most influential shoegaze record.  While My Bloody Valentine’s mind-bending Loveless had driven Alan McGee’s Creation Record to the brink of bankruptcy, Slowdive’s Souvlaki had received the most “mainstream” success and Ride’s Nowhere was a stand-out breezy shoegaze listen at the time.

Today, we are taking a closer look at the brief history of shoegaze, its rise and subsequent fall in the late 90s, and how it is being emulated and reinterpreted by the new generation of young musicians. Because shoegaze has been revived and it prepares to stay for much longer.

A brief history of shoegaze: What is shoegaze?

A term coined by the British press, shoegaze is meant to describe a scene of bands whose overwhelming amount of pedals led them to simply stare at their shoes while playing on stage. The genre is identified with lots of guitar distortion, feedback, dreamy/drone-y layered vocals and volume – imagine waves of sound building a wall that encases you.

Unlike most punk or Rock ‘N’ Roll shows, shoegaze is not out there to promise you a sweaty good time. Likes attract likes, the pre-occupied shoegazers on stage are playing for those who are just as coy as them, who crave nothing but a wall of sound and crescendo to drown out bad thoughts. The mere desire of experiencing heavy distortion and feedback are all that matters. There is no need to be performative, as agreed by both the performers and the gig goers.

The beginning of shoegaze: The pioneers

While My Bloody Valentine are practically the posterchild for shoegaze, the actual pioneers of the genre also include Cocteau Twins and The Jesus and Mary Chain. Before Cocteau Twins released their most commercially successful album Heaven or Las Vegas, their 1982 debut Garland is a blend of post-punk and goth, with its 1983 successor Head over Heels being a gorgeous proto-shoegaze record. Needless to say, Scottish noise makers The Jesus and Mary Chain released Psychocandy in 1985 – a record that is made of white noise and feedback – making them also one of the earliest shoegazers in the 80s alternative music scene.

In 1988, English-Irish shoegaze legends My Bloody Valentine released their breakthrough EP You Made Me Realise and debut album Isn’t Anything. From its not-so-ambiguous lyrics in single ‘Soft as Snow’ to its terrifyingly raw and ear-piercing guitar noise, My Bloody Valentine’s debut signaled the beginning of the shoegaze era.

In 1991, their sophomore album Loveless was released. While the deafening ‘Only Shallows’ is the designated MBV beginner track, the melancholic ‘Sometimes’ is the one that will make you weep when Kevin Shields mumbles, “Close my eyes, feel me now, I don’t know how you could not love me now.”

Loveless was recorded over two years across nineteen different studios. There were 45 engineers involved, in which only 16 were credited as they were the ones who got let into the room. This influential record certainly kicked up a storm amongst the shoegaze community and it is deemed as the epitome of the shoegaze history.

At the time, there was also a variety of shoegaze bands that have left their mark on the shoegaze scene. To name a few in the UK, there were Chapterhouse (who started out performing alongside Spaceman 3, and whose single ‘Pearl’ featured guest vocals by Rachel Goswell), Catherine Wheel, Pale Saints, Moose and Swervedriver. In America, shoegazers like Medicine, Swirlies and Drop Nineteens were also making a name of themselves.

In the early 90s, neck and neck with My Bloody Valentine were another shoegaze giant Slowdive. Coming from Reading, Berkshire, English five-piece Slowdive released their debut album Just for a Day in 1991, charting No.3 in the UK Independent charts. In 1993, their second album Souvlaki was born and has since become a definitive record for shoegaze listeners. It dives right into topics of romance, youth and anxiety, speaking to generations of confused minds that find comfort in shoegaze melodies. The single ‘Alison’ also earned the band’s biggest commercial success.

At the time, Brit-pop and grunge had slowly taken the spotlight and that was when the British press decided to brutally slate the shoegaze genre, contributing to the genre’s downfall. When Slowdive released their third (and for a long while – final) album Pygmalion in 1995, Creation Records’ Alan McGee dropped the band one week after its release, since the band stood their ground and refused to produce a pop follow-up album. Guitarist Neil Halstead had started to grow fond of ambient and experimental electronic music, and they decided to stick to their gun and gave Pygmalion their all. After being dropped by Creation Records, Rachel Goswell, Neil Halstead and Ian McCutcheon started the band Mojave 3 and later got signed by 4AD.

Towards the end of the 90s, the spotlight on shoegaze was dimming. Nobody cared anymore. Alan McGee had dropped Slowdive as their signee, and called My Bloody Valentine his “joke band”. (MBV’s Kevin Shields then spent 22 years to writing a follow-up to Loveless by mostly isolating himself and in his own word, “went crazy”, and in 2013 m b v was born – We will come back to this later). Shoegaze bands at the time either chose to disband or transform themselves into a Britpop band. That was the “end” of the short-lived shoegaze era.

The return of shoegaze

In the early 2010s, it seems that we were on the cusp of a shoegaze revival. Throughout this decade, more and more shoegaze bands are starting out in different parts of the world, people are talking about the old shoegaze giants and the up-and-coming shoegaze outfits. It is also not uncommon that a 16-year-old who was born the year (1995) Slowdive were disbanded started looking into the band itself. Slowly but surely, shoegaze has somehow become interesting again and it hasn’t stayed forgotten.

After a hiatus of over twenty years since Pygmalion, Slowdive released their fourth album in 2017, which is also their first self-titled record. Hearing Rachel Goswell and Neil Halstead vocals blending perfectly on this record certainly makes any shoegaze fan swoon and cry tears of joy. In the same year, Ride (whose debut album Nowhere was named one of the most essential shoegaze albums) also released their comeback album Weather Diaries, followed by This is Not a Safe Place in 2019.

It is no surprise that the genre is having a comeback in the half past decade. Having released four studio albums in the 90s – with second studio album Spooky being the most-acclaimed – London shoegazers Lush also released a four-track EP Blind Spot in 2016, their first new music since 1996.

While bands like MBV, Slowdive and Ride remain one of the biggest shoegaze names in history, there are also an array of hidden gems in the scene. Ozean was formed in 1991 when guitarist Eric Shea was handed a flyer that read, “Band seeking guitarist and singer. Influences include Slowdive, Cocteau Twins, Xmal Deutschland, The Byrds, Lush, Pale Saints.” Despite having disbanded way too soon, the rediscovery of their 1992 recordings begged for a reissue in 2016.

As the genre evolves, shoegaze is no longer limited to heavy distortion and reverbs, take a look at some of the cult classics like American shoegazers Sweet Trip and Candy Claws. Formed in 1995 by Roberto Burgos, Sweet Trip skilfully combined soaring synth and experimental electronic beats to deliver a candied shoegaze album Velocity:design:comfort in 2003. Listening to their track ‘Dsco’ is a pure psychedelic shoegaze experience.

In 2013, psych-shoegazers Candy Claws released their concept album Ceres & Calypso in the Deep Time. Inspired by a fictional document named Blood Ark, the album follows a forgotten seal-like beast and her human partner discovering the depths of the world in the Mesozoic Era. In 2019, due to popular demand, the band decided to release hundreds of copies of repress, re-repress and re-re-repress, all of which sold out in a couple of hours upon release.

Fast forward to 2020, shoegazers still remain a niche title for musicians around the world. Its legacy remains despite not being as talked about as other alternative genres such as post-punk and lo-fi.

Recently released their fifth self-titled album, shoegaze band Ringo Deathstarr from Austin, Texas are a serious contender in the scene. The influence of MBV is almost palpable in their singles like ‘Once Upon a Freak’ and ‘Cotton Candy Clouds’. Another one that is worth a mention is San Francisco’s psychedelic shoegaze space rockers LSD and the Search for God. Despite having released only two five-track EPs – LSD and the Search for God and Heaven is a Place – their fuzzed-out melodies and ethereal-sounding vocals have made them a cult classic by word of mouth.

On the other side of the world, Estonian dream poppers Pia Fraus started getting positive reviews after the release of their second full-length album In Solarium. In their latest offering Empty Parks, the band creates a comforting wall of sound to deliver a comparatively light-hearted shoegaze flavour.

In the UK, there are also bands like Cheatahs, The KVB, Leave the Planet and Honey Lung that are proudly fusing genres like post punk and lo-fi dream pop with shoegaze.

Last but not least, it’s not a history on shoegaze without us somehow circling back to My Bloody Valentine. In 2018, after a hiatus of four year since their third studio record m b v – in which the second track ‘Only Tomorrow’ is described as one of their best tracks ever – MBV announced their first live show at Sonicmania 2018, an overnight music festival held at Chiba, Japan.

With Nine Inch Nails performing at midnight, MBV got on stage at 2am and played an earth-shattering set that blew shoegaze fans away (note: not just Japanese shoegaze fans, but also, listeners that flew from across the globe to catch MBV’s reunion show, obviously).

Having said that, MBV’s Kevin Shields announced in 2018 that the long-awaited new record(s) would be on its way. Now over a year later, we still haven’t heard anything from Shields regarding the new material. Afterall, it took the band 22 years to go from Loveless to its successor m b v, so this time we will just patiently wait for it.

Join the Mailing List and get more...
Click here
PrevPrevious11 of the Most Exciting Up-and-coming Bands from Liverpool
NextFrom the Underground Book Collection: The Hacienda – How Not to Run a Club by Peter HookNext
On Key 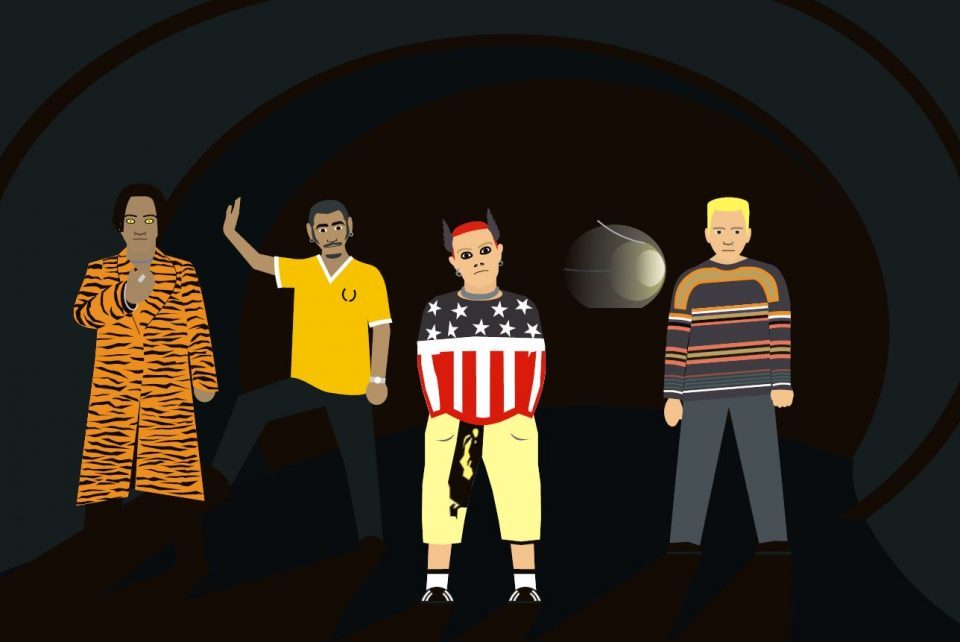 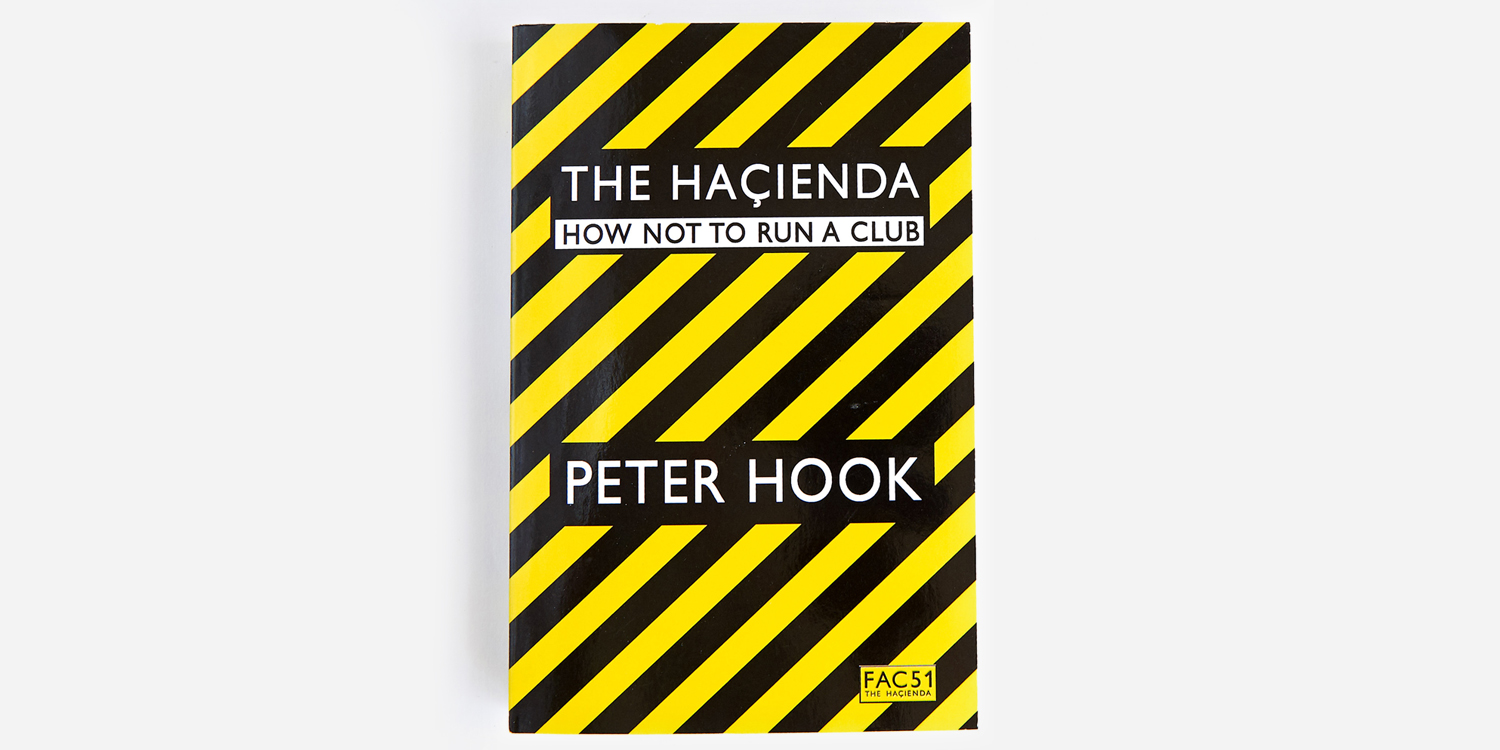 From the Underground Book Collection: The Hacienda – How Not to Run a Club by Peter Hook

The Hacienda – How Not to Run a Club by Peter Hook From Peter ‘Hooky’ Hook, co-founder of Joy Division and New Order and the

Feedback, Distortion, an Exploration of Sound: A Brief History of Shoegaze

A brief history of shoegaze: English shoegaze giant Slowdive at their photoshoot for second album Souvlaki Emerged in the United Kingdom in the late 80s, 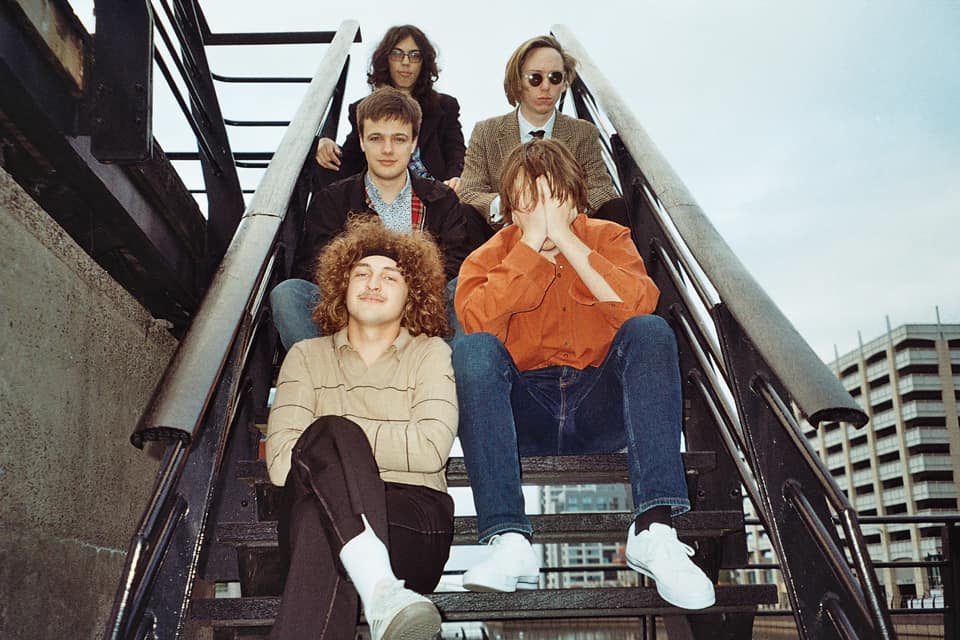 11 of the Most Exciting Up-and-coming Bands from Liverpool

From the Underground Book Collection: Spirit of 76, London Punk Eyewitness by John Ingham

Spirit of 76 by John Ingham Taken over ten days and three shows, these photographs triumphantly showcase the energy, fashion and palpable atmosphere of 1976.