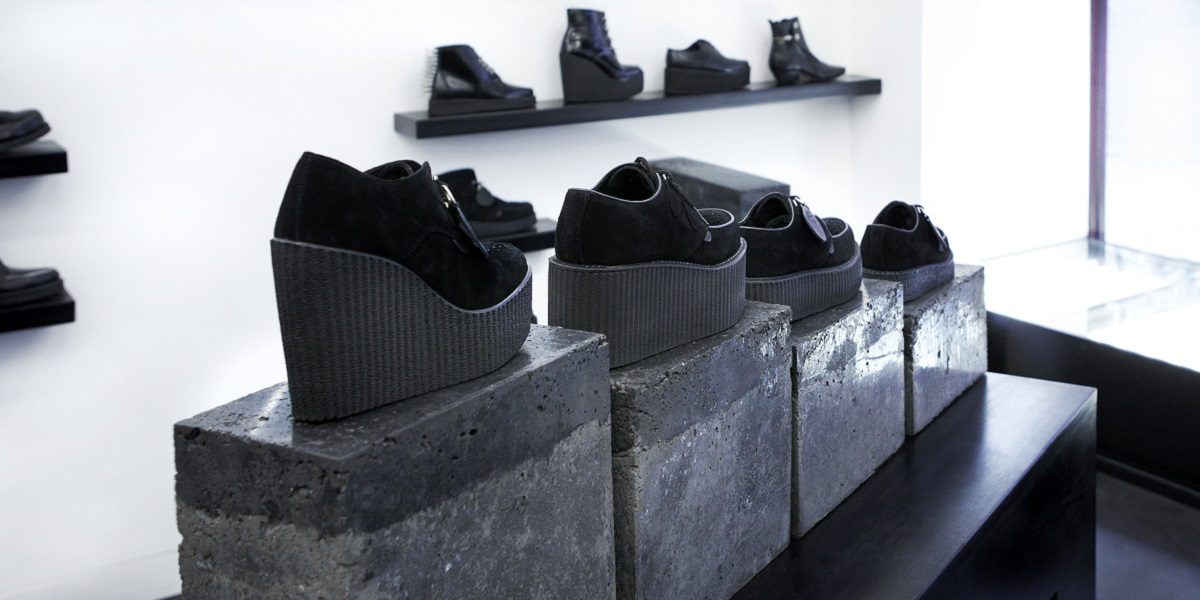 In the following years of 2010+, the Original Underground Creeper powerfully asserted itself as an archetype. Having launched the Originals collection in 1987, Underground had remained committed to this collection, even when the tide of fashion washed in another direction. Questioned by many as to the relevance of the Creeper – it was Underground that held the style aloft and no doubt brought it back to the centre stage in 2011.

From Johnny Depp to Rihanna, or Kiko to Agyness Deyn- the Underground Creeper went from what was sometime the subject of ridicule to being transformed into the favoured shoe for tastemakers across the globe. Collaborations with labels included Mugler, Ashish and Cassette Playa, continued to cement the position of that style as an archetype. The Wulfrun Creeper, as a single, double, triple sole or wedge in suede, leather or pony combinations was an instantly recognisable style.

With this success in tow, we returned to Tokyo with another pop-up store in Harajuku, and relocated the London store to Berwick Street, a nearly forgotten stretch in the heart of Soho. Steeped in a rich and intriguing history – and a cradle of British music – but at that time its neighbouring streets often overshadowed it. Restored to its former glory; Berwick Street is now a bustling, vibrant space that we are proud to call home.

The association with music has never been in question for the brand. Long before the age of influencers and endorsements it took no imagination to see that there was an alignment between Underground and swathe of British music genres. We were influenced and inspired by the artists from the music scenes and in turn they chose our shoes almost by instinct. The array of music talent wearing the Original Wulfrun Creeper left us in no doubt that our determination to champion the style had been the right thing to do and continues to inspire us.

The Wulfrun Creeper came through as an archetype – a truly algender shoe that became one of the must have shoes with a music heritage.