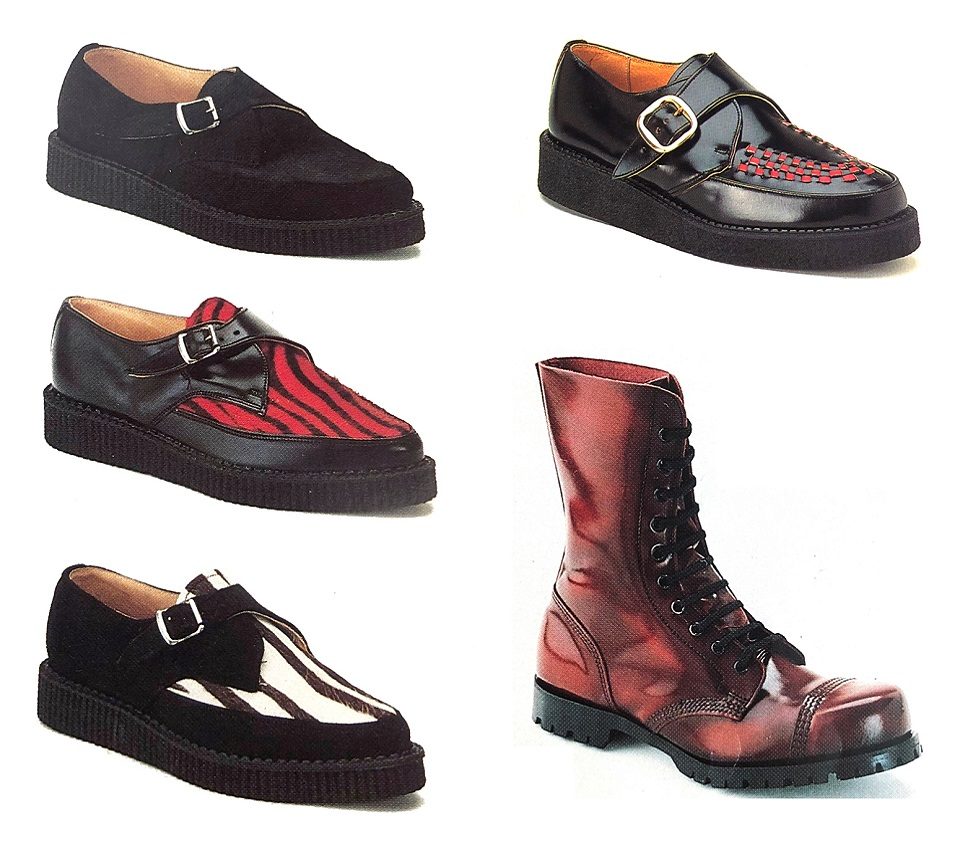 Presenting the Underground collection at shows in London, the US, Germany and Japan, a global following for the brand soon developed. As Post Punk gave way to the grunge of the 1990’s, Underground’s steel cap boots found favour with the scene’s plaid-shirted disciples in the US, Europe and Japan. The Originals collection grew to include some apparel and accessories, but this was really the time of the iconic styles that Underground is now known for including The Wulfrun Creeper, The Apollo Creeper, The Stormer Boot and the Blitz Boot.

These were the days of the trade show and showrooms that saw buyers from across the world beating a path to the UK. The Originals collection was snapped up by the buyers looking for an authentic product from a British brand.
Our appeal travelled together with the music the consumers sought to import across the English Channel, across the Atlantic and over to the Pacific, and they looked to us once again to expose what was next in music related style.

In the years after the Originals collection was launched, Underground found itself in demand around the world. First in Switzerland, Sweden, Finland, Germany, France, Italy and then across Europe followed by Japan, Australia, USA and on to Thailand, Hong Kong and until Underground was represented in 40 countries. As the political map changed across Europe there came new demand from Eastern Europe, from Poland, Hungary and Russia.

Over in the US, the brand was in stores from coast to coast, as Underground encapsulated the charm of a legitimate British brand. Today the picture is not dissimilar although with the added fashion powerhouse of China amongst the many countries where Underground is represented.