The rare trainer era had passed, the factory shop had been exhausted and even though we scoured Europe for the rarities they came fewer and fewer and the sports brands had upped their game, finally bringing in those rare models themselves.

Looking beyond the Post Punk, Casual and New Wave looks of Manchester, the brand watched the evolution of the movements across the nation, most notably in London’s neighbourhood of Camden. The draw of the London market and the world beyond required Underground to shape its first official collection.

It was 1987, and our first full collection, now known as our Originals, was created. Drawing on the key products that had been presented in our Manchester store we created our first full collection featuring the best of those styles – the Wulfrun, Barfly, Apollo, Bowie and Tracker were among the 20 designs in that first collection. Always inspired by the ferocity of punk and its febrile aftermath, Underground’s Originals collection became a mainstay for New Romantics, Goths and New Wavers during the late 1980’s. The Originals collection was an unapologetic interpretation of some of the iconic alternative British footwear designs. 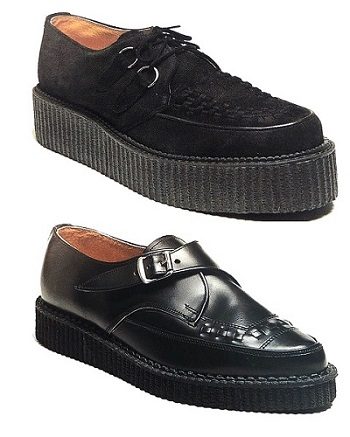 Creepers, for many an anachronistic throwback to the 1950’s, were given new life, interpretation and meaning by Underground. We had been selling them in our Manchester store and admittedly the line-up of rare Adidas, Cord Shoes and Creepers was unusual but, in a way, it just reflected the same line up of kids that you would see out in Manchester on a Saturday night. The Creeper a staple shoe of sub-cultures since the 1950’s had been largely forgotten, even the Northampton shoe factories seemed ashamed to make them. Not Underground- here was a shoe that need resuscitating and nurturing. First up was making sure that they were made “algender” – no men’s and women’s collections for Underground! The Creeper collection and the Wulfrun Creeper in particular, was held dear by Underground. Working with new materials and colours and building up the single, double and triple sole options we were key in keeping the Creeper fresh and relevant. 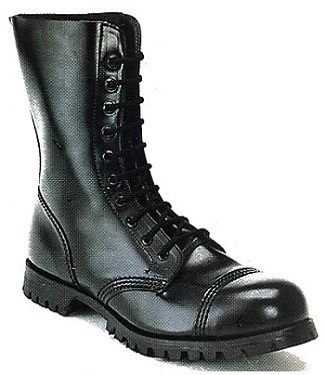 Steel Cap boots, once the preserve of the workingman, had already been reinterpreted for fashion, but it had come about almost unwittingly. Underground brought this to a new level by ingeniously reworking shapes, silhouettes, and bringing in new colours and materials. The iconic 8 and 10 eyelet boots were supplemented by the tracker shoe and working upwards we went to 14 eyelet, 20 eyelet and finally to a 30-eyelet boot. Of course, black leather was the mainstay of the collection but Underground added new leather options to the boots. Rich rub off leathers in burgundy and navy were used for the first time on the work boot and printed leathers with a rub off topcoat made their appearance.

The Winklepicker boots, with four or six buckles were to the Bauhaus worshipping Goths what the Creeper was to the Meteor idolising Psychobilly’s or the Trimm Trab to the Joy Division devotee Football Casuals. 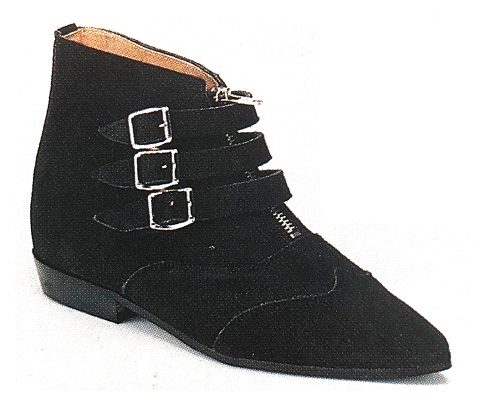 The Collection was complete and ready for the global customer…..