The dominance of the Underground Steel Cap – 1990’s and London

Throughout the 90’s, Underground remained faithful to its roots and now with the devoted Grunge customers spurring the sales of our robust, timeless steel cap boots. Yet parallel to this, it was the reappearance of Psychobilly in the decade that gave the Creeper its next step. The culture fused the archetypal rockabilly look with the lurid and the tongue-in-cheek, a concept Underground embraced with ease. From their revival, Psychobilly’s incited a revival of the creeper, and Underground was in the thick of it.

The Steel Cap boot, tough with an unmistakable silhouette and an alternative to other mainstream brands was the boot of the moment. The original shoe last with its pronounced toe spring, the steel toe cap, the rubber commando sole and the three-row puritan stitch were the trademark symbols of the boot. In Italy, Germany, Hong Kong or Japan, this was “the” British boot to wear. In 1993 Underground was ranked among the top five footwear brands in Japan and had become a mainstay with girls and boys on the streets of Harajuku. Our founder recalls that time in Japan “it was mayhem, we would turn up for appointments with buyers and they would just buy the full collection and then, if that wasn’t enough, they would add in their own colour options to finish off the order. I remember having appointments at the hotel in Tokyo where the buyers would come visit us. Some buyers were eager and arrived too early and other appointments ran late ending up with a bit of a crowd in the lobby. We had the hotel duty manager on the phone asking politely what was going on. It wasn’t quite the “band on tour TV through the window moment”, but we got in a bit of bother with the hotel on a few occasions “

By this time, the brand had closed the Manchester store and relocated to Carnaby Street in London’s Soho. The street with all its history together with the effervescent atmosphere of Soho was a natural choice for Underground. The store offered the full Originals collection with the Steel Cap Commando boot, the Wulfrun Creeper and the Peck boot amongst the best sellers. Even the stars of the dominating Brit Pop scene were looking to Underground to provide statement making British shoes – think Republica to the Spice Girls! 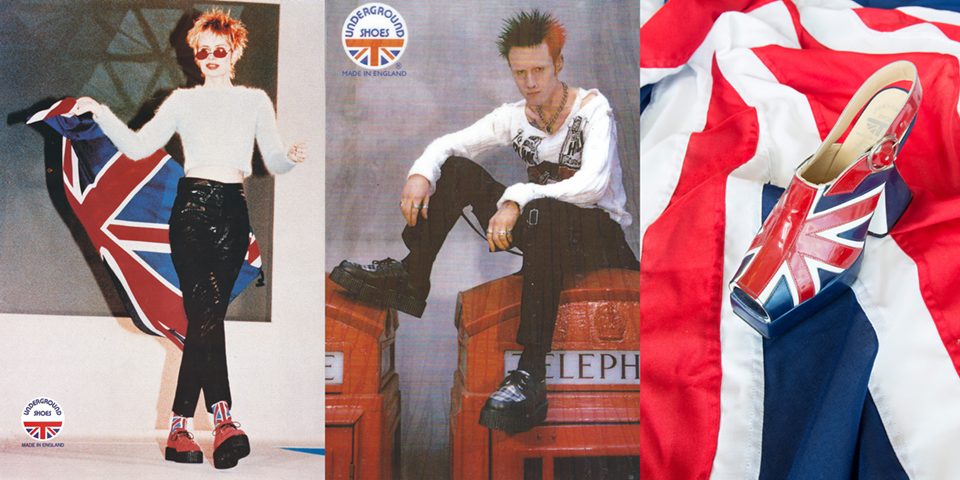