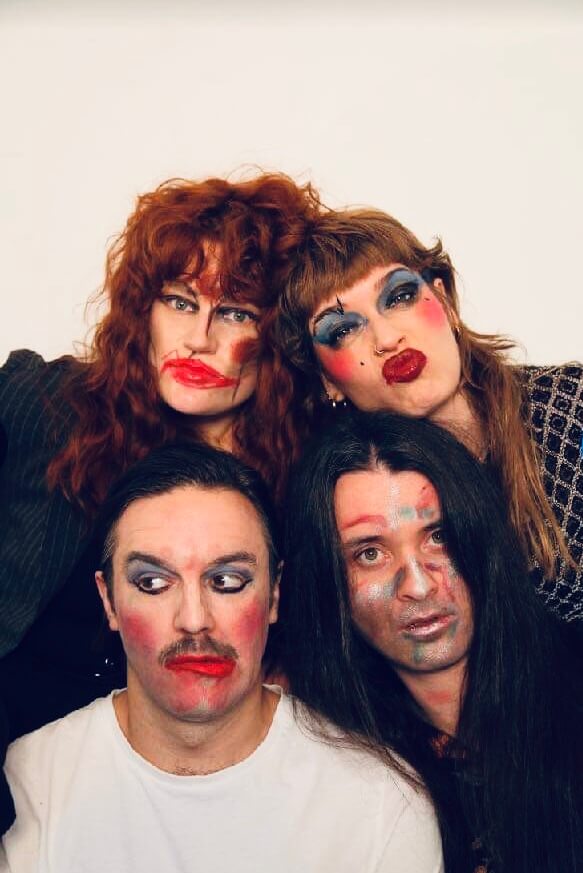 Bootlickers by name, Bootlickers by nature: Underground’s new radio show is all about applauding and advocating creativity; exciting, emerging and experimental. The next instalment, to be broadcast on the 10th of August, 2-4PM on Soho Radio’s Culture Channel, features some playlist picks from London-based rabble-rousers, Industry Standard. Sounding as if Su Tissue was fronting a decimating punk outfit, we caught up with the group on the eve of the release of their second single ‘Abstract Doom’, and its brilliantly catastrophic music video.

For those who don’t know, how did you form – I know you used to go by the name of the ‘Bridget Jonestown Massacre’, when did ‘Industry Standard’ come into being?

Gaby: I moved back to London in 2018 with a bunch of creative projects I wanted to delve into. I hit Pip up for his guitar skills and we started writing together. I had a few journals worth of lyrics and ideas for the melodies. I would naively sing them to him and he would write the guitar around that. I’m not musically trained so that’s just how I could get my head around bringing ideas to life. Once we had the bones of a few songs, Jenny joined on Bass. A room came up in our house and Tim came for a viewing. We jokingly told him the room was his under the condition he played drums with us and the rest is history. Jenny came up with the joke name ‘BJTM’ and we used it to get the ball rolling on playing live while we were figuring things out.

Your debut single, ‘Magnetic Man’ was released a year ago – and your follow-up ‘Abstract Doom’ is out imminently. How has your sound and processes as a band progressed in that tumultuous year between releases?

G: We only just started playing shows a few months before lockdown began. Our first release didn’t even get a show because everything was shut, even our rehearsal space… so it really put a damper on launching things. We managed to get pretty resourceful and made a music video with our mate Danny who shot us with his camcorder over Skype from Paris. We did a live stream to an empty room which was pretty surreal because we bounce off live energy. Even our recordings are one take to preserve that live rawness so we kind of decided not to push against the current and are moving forward full steam now.

Tim: I think the biggest shift, personally, has been in the writing process. When I first joined the band, Gaby, Pip and Jenny already had a handful of songs under their belt that I kind of just had to learn and add whatever touches of me I could. Now we’ve been together long enough that everything we’re writing is new and it’s, naturally, way more inspiring being involved through every step of the process. Our set at the moment is a nice blend of older and newer songs and I’m looking forward to adding some more new stuff in the coming months.

G: The song was written before the pandemic when the concept of the ‘dystopian’ still seemed fictional. I think there is a disproportionally unfair distribution of wealth and resource on this earth and I would like to envisage a world where everyone gets a chance to rise above. Pip tried to match the lyrical atmosphere by getting his pedal board to sound like Kamikaze fighter jets swooping overhead which I thought was pretty cool. 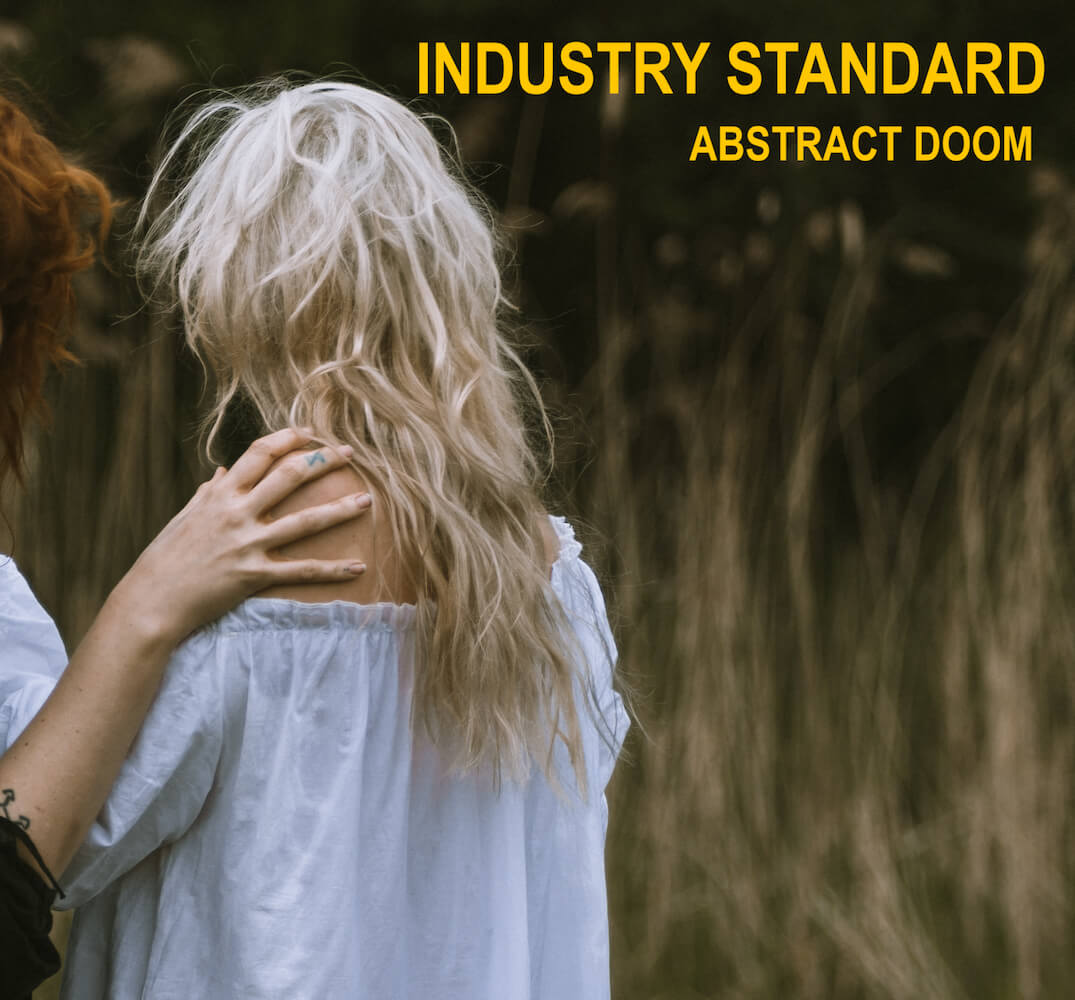 Obviously, the music video plays into these themes, I love how you all have individually named characters in it, how did the visual ideas play out into this finished video?

G: I had a really strong vision for this video and wanted to create a visual narrative that accentuated the theme of the song and created a more immersive experience for the listener. So, I compiled a mega storyboard together and took it to Laura Jean Marsh. It only seemed natural to ask Laura to direct as the band had recently cameoed in ‘Giddy Stratospheres’ her directorial debut. Laura was great to work with and 100% in from the start. Once we were in flow together, we just kept bouncing ideas off of each other as it was coming together. We managed to make this music video on a shoestring using all our talents and expertise as our main resources. I’m really proud of what we accomplished.

Gabriella, you make hand-made, hard-wearing leather accessories and I know that Jenny works as a hair and makeup artist too. Do these other creative pursuits feed into the Industry Standard world?

G: I would say they definitely do. I made all the costumes and props for the ‘Abstract Doom’ and turned our living room into an abandoned house for one of the scenes. I make most of our art work too. Jenny did all the hair and makeup for the video. I can’t compartmentalise my creativity so everything feeds into one another and I like to see them as different branches of the same tree.

Tim: I’m an audio mixer, currently working in film. I started out as an audio engineer working with bands both live and in the studio. Even though I moved away from the music industry professionally, I do like to dip my toe back in the water every now and again. I actually mixed Abstract Doom and would love to mix more of our music moving forwards (if the others will let me!) It’s nice to be able to work with music again on a more creative level, without the need to chase invoices. 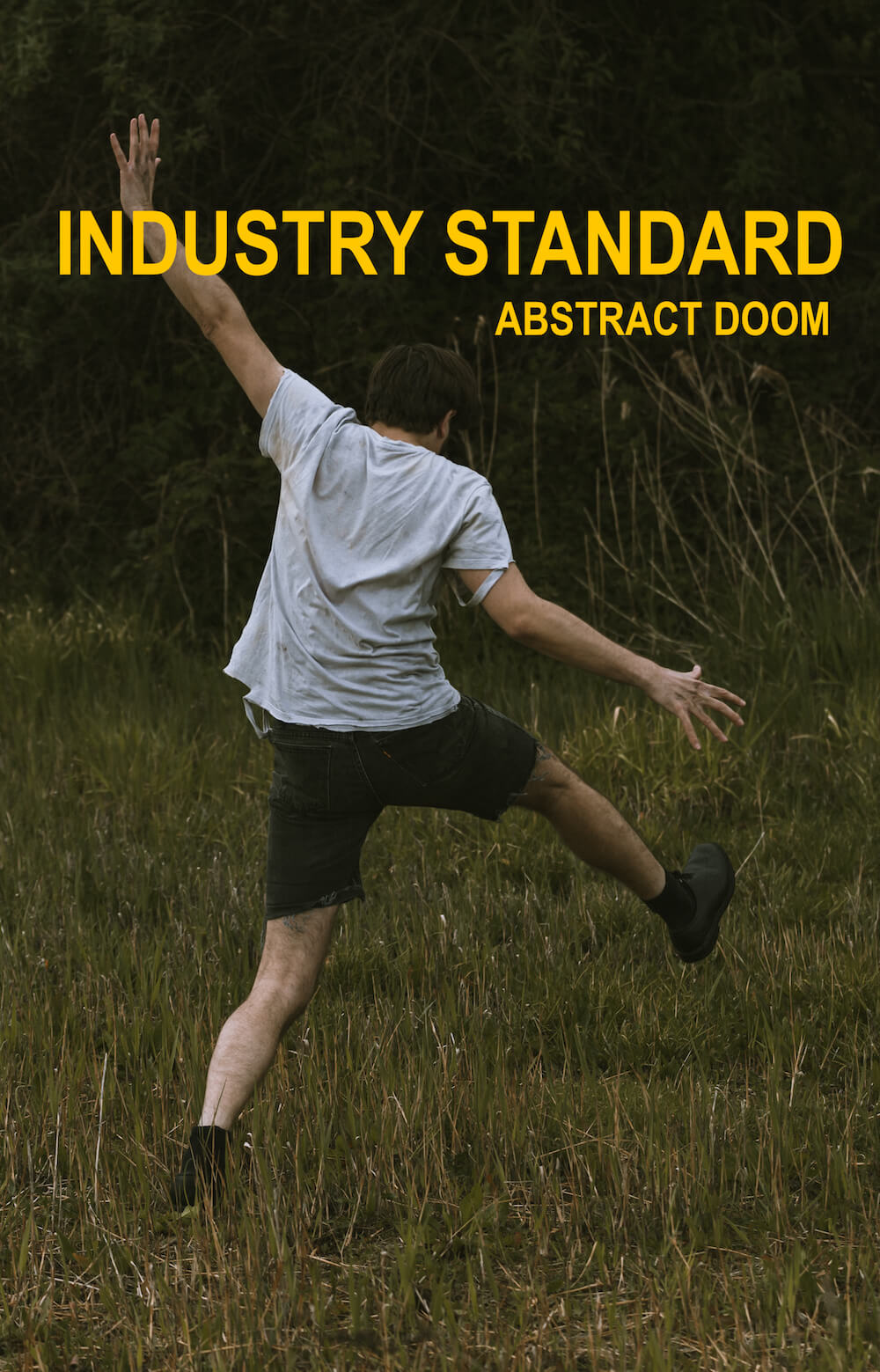 You’re debuting your music video with a celebratory live show, what can we expect from the live return of Industry Standard?

Gaby: I’m so excited about playing live again that I literally made a ball gown from scratch for this show. We want to create a surreal, high-octane experience with the audience. It will be the first time we’ve been on a stage together playing in front of a crowd in over a year and it’s just going to feel like home, a very rowdy Technicolor family home. We have Lee Patterson supporting who we discovered through Tim’s night ‘Exploding Head Session’ who make a powerful wall of noise for just two members. Then Kuntessa is going to keep the debauchery going on the dance floor with a selection of tunes.

What’s the rest of the year looking like for you?

Tim: More of everything: live shows, writing, recording and working toward releasing more music and getting an EP together soon as possible.