10 Most Influential Drummers of All-time 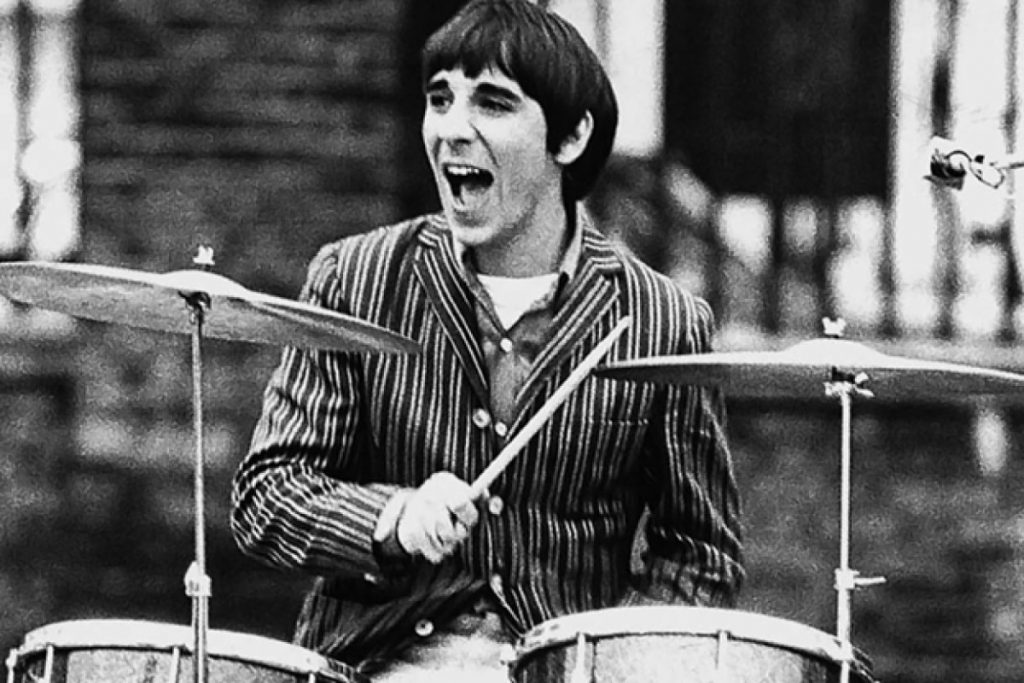 Keith Moon is one of the most influential drummers (Photo Credit: Chris Morphet)

There is no other instrument that affects the feel and energy of a band in such an efficacious way as the drums. The drummer provides the foundation to all music: the rhythm and structure needed for other instruments to express creativity, as well as drive and excitement. Yet the drummer is often the forgotten member of the band, and literally in the backdrop. So here are our ten most influential drummers, past and present, of all-time to highlight the legendary backbones of the band.

Noted for his unique style emphasising tom-toms, cymbal crashes and fills as well as often self-destructive behaviour, Keith Moon (who famously played with the Who) is undoubtedly one of rock’s most important drummers. The Who’s powerful early shows tended to climax with Keith Moon turning his kit upside down, alongside Pete Townshend smashing with smoke bombs. Not only is Keith Moon still considered one of the world’s greatest rock drummers, he was also the greatest prankster in the history of Rock ‘n’ Roll. Known as “Moon the Loon” he played his pranks the same way as he played drums: insane intensity, flamboyant blossoms with absolutely no care for potential damage.

Esteemed for his powerful, fast bass drumming and groove, John Bonham is most famously the drummer for Led Zeppelin and is no doubt one of the most influential drummers in history. “Bonzo” convincingly carried out the sound of two bass drums – confusing fans for years – but in reality, his style was just an absolute force. He sent Led Zeppelin’s tunes flying with his raw, punchy rock drumming, but was capable of much more from funk and Latin-influenced grooves, later in life. Adding congos, timpani and gongs to his kit following 1969 tours his kit grew in size: imperative for his legendary drum solos such as ‘Moby Dick’ which would often last 20 minutes in a live set.

Notorious for her colourful rhythm work with Lenny Kravitz, Cindy Blackman distinguished herself as a highly versatile player and composer. Taking her inspiration from Tony Williams, she carries forward the passion and mastery to do justice to his legacy. With a jazz background, she started playing with Kravitz’s live band in 1993 which catapulted her into a world of arena-rock. Being highly skilled in both improvisation and creative composition as well as sharp inter-genre talent, she went on to be the band leader of Another Lifetime as well as jazz-rock group Spectrum Road. More recently she has become the regular touring drummer for Santana.

Everything about Moe Tucker was ahead of her time, from her minimalist drumming played standing up to her androgynous look. Notorious for her work with the Velvet Underground, she kept to the simplest of patterns and didn’t even use a bass drum, yet the other members always insisted that her impeccable timing was the whole key to their sound. In a band dominated by Lou Reed’s hyper-masculinity, she held her own, inspiring many in the 1960s New York punk scene such as Patti Smith, PJ Harvey and Debbie Harry. Moe was imperative to the Velvet Underground’s key lo-fi sound that was to influence generations for decades.

Blondie’s Clem Burke brought unexpected rhythms to the raw punk and new wave roaring out of New York clubs in the 1970s. Burke breezed through Blondie’s smash hits with varied beats from disco grooves to reggae and hip-hop. He was a key figure in keeping the group together after Stein and Harry considered disbanding, following the departure of original bassist Fred Smith to Television. He was heavily influenced by Keith Moon and Ringo Star and has worked with many rock legends such as Pete Townshend, Bob Dylan, Iggy Pop, the Sex Pistols and even the Ramones. With a dazzling presence and charisma as well as technical mastery, he was a real star and remains one of the most influential drummers.

Meg White’s quirky and primal rhythms were imperative to the success of the White Stripes who led early 2000s garage rock and defined the sound of the 21st century rock. Her minimalist drumming defined the Stripes’ stomp sound, and complemented Jack White’s freewheeling guitars and punchy vocals.  Jack White told Rolling Stone in 2014 that “she was the antithesis of a modern drummer. So childlike and incredible and inspiring. All the not-talking didn’t matter, because onstage? Nothing I do will top that.”

Credited for his highly technical jazz-taught rhythms, Jimmy Chamberlin was most notably part of 1990s grunge group The Smashing Pumpkins. Unlike most grunge groups at the time, his serious jazz skills showed his profound familiarity with jazz legends such as Dennis Chambers. Chamberlain’s tight snare rolls and orchestral intensity in grunge rock makes him one of rock’s most influential drummers. He became as essential to the band’s sound as the pedal chain sounds by Billy Corgan, who told USA Today in 2018 that “Jimmy’s drum parts are so incredibly technical and nuanced that it’s a very rare class of people that can step in and play.”

Janet Weiss, most notably the drummer for punk rock group Sleater-Kinney, combined power with invention and a strong sense of songcraft and groove. Since her primal aggression in the band Sleater-Kinney, she has played with Quasi, White Flag, Stephan Malkmus as well as Elliott Smith. Rather impressive for a self-taught drummer, she made beats that as her bandmates said were so solid “you could practically bang your head against it”. Today, she is one of rock’s most influential drummers making sure the melodies, whether piano, guitars or bass, have all the charge for a fierce and kick ass band.

Repeatedly regarded as one of the most influential drummers of all time, Buddy Rich was known for his champion technique, power and speed as well as raucous temper. Arriving in the 1930s jazz scene as a self-taught Jewish child prodigy from New York he exploded into the scene with combative beats and intricate works. His playing was state-of-the-art and revolutionary at a time, where drummers were keen to fit within boundaries and following classic techniques. He went on to perform with various jazz legends from Frank Sinatra to Louis Armstrong as well as his own energetic bands. The legacy of his smooth, precise and rapid technique has become common standard across genres from rock to jazz and has inspired generations.

Beginning her career in the mid-70s band The George Duke Band, percussion powerhouse Sheila Cecilia Escovdeo went on to have a successful solo career. When she first toured her Glamorous Life album, she was positioned as a frontwoman with a few frills and instrumental breaks. Shortly Prince recruited her on drums for jaw dropping jam-heavy live shows before she became the lead drummer. She is frequently referred to as the Queen of Percussion, being associated with musical legends from Prince and Madonna to Cyndi Lauper and Beyonce. As one of the most influential drummers of her time, her musical passions and savagery percussion has influenced many.